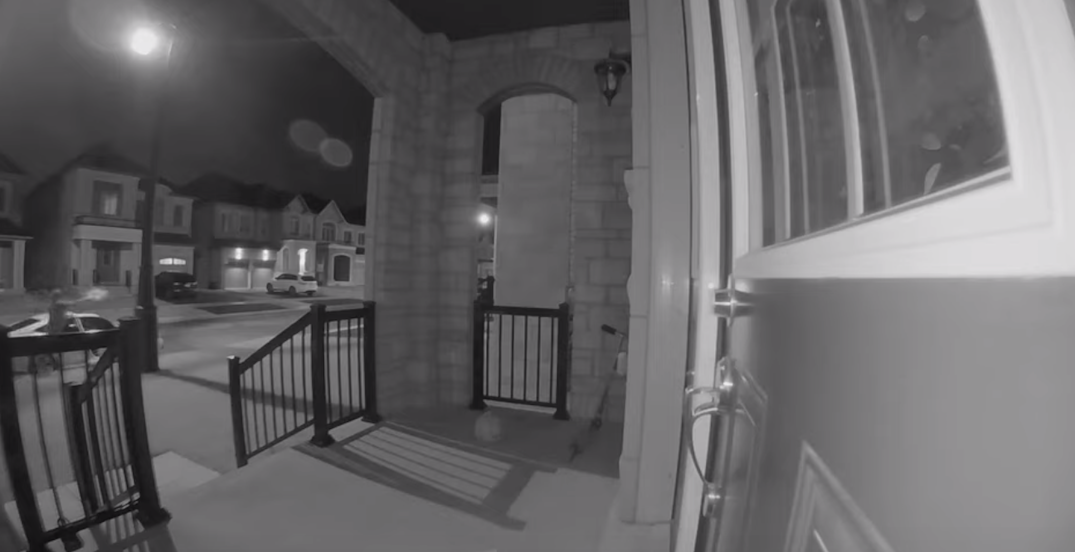 York Regional Police have released a security video in hopes of receiving information that would help identify suspects who fired more than 20 gunshots in a residential neighbourhood in Vaughan last week.

On Friday, November 1, shortly before 2 am, York police were called to a residence on Cannes Avenue in Vaughan for a report of the sound of gunshots.

When officers arrived they located a vehicle with bullet holes in it at a residence being used as a short-term rental that had been rented out for a party.

No one was physically injured, according to police.

Police said their investigation has revealed that at approximately 1:30 am, there were multiple people shooting guns.

A portion of the shooting was captured on residential video surveillance which shows three men in a four-door white sedan.

In the brief clip, two men can be seen getting out of the vehicle and fire more than 20 gunshots down the street.

A third man can be seen exiting the parked vehicle from the passenger side before getting into the driver’s seat. After the shooting, the suspects got back into the vehicle and drove away.

“It’s amazing that no one was injured or killed given the number of shots that were recklessly fired in this otherwise quiet neighbourhood,” said Chief Eric Jolliffe in a statement.

“We continue to see that there are people using short-term rental houses for parties and their guests are bringing handguns and violence into York Region. Those choosing to illegally use guns will be prosecuted to the full extent of the law.”

Investigators are asking anyone who may have witnessed the shooting or anyone who was driving in the area at the time with dashcam footage to contact authorities.