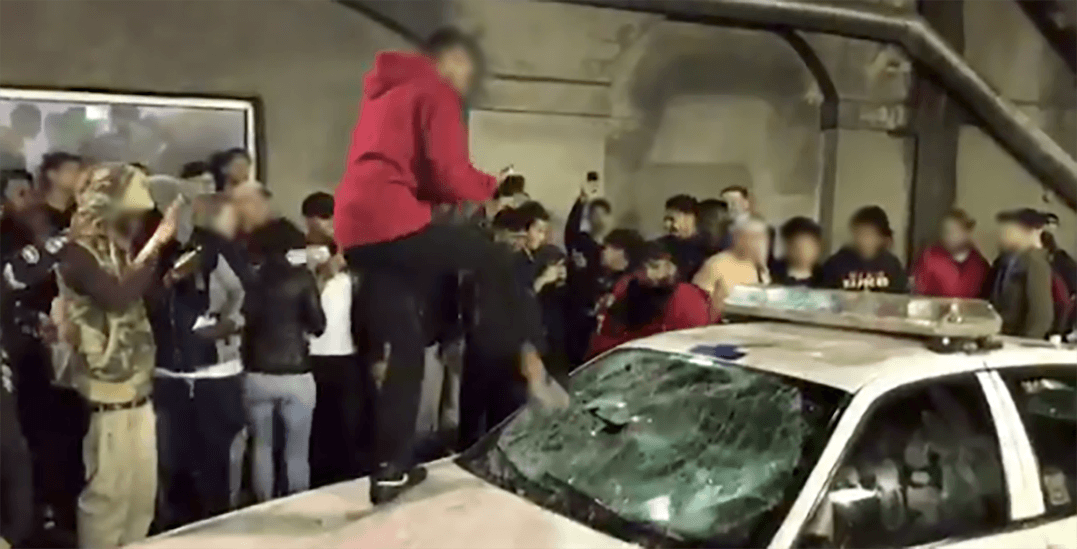 Thousands of people spilled into Toronto’s streets to celebrate the Raptors’ NBA championship, and while majority were celebrating in a safe and responsible manner, others were unfortunately doing the opposite.

The clip begins with a man kicking the right-side mirror of the car, followed by another man jumping on the hood and kicking in the already damaged windshield. 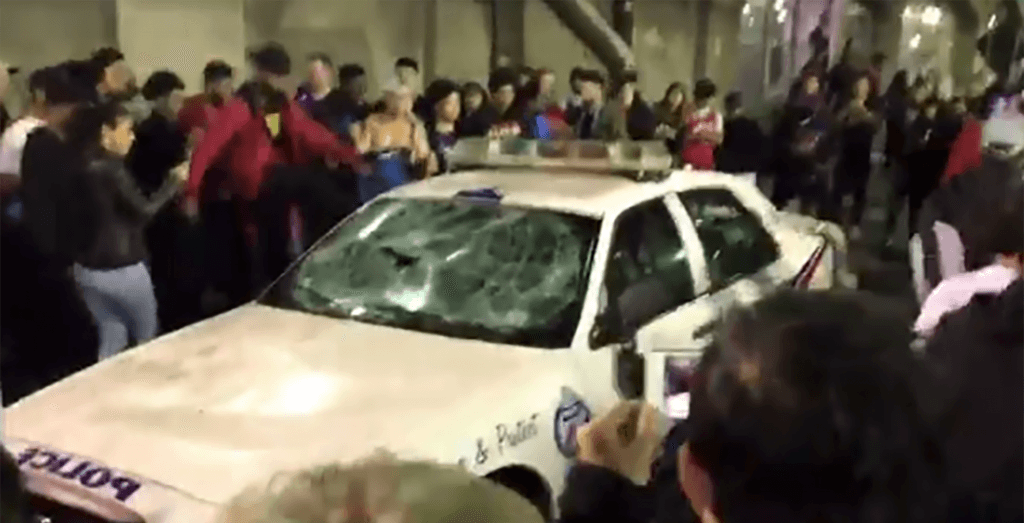 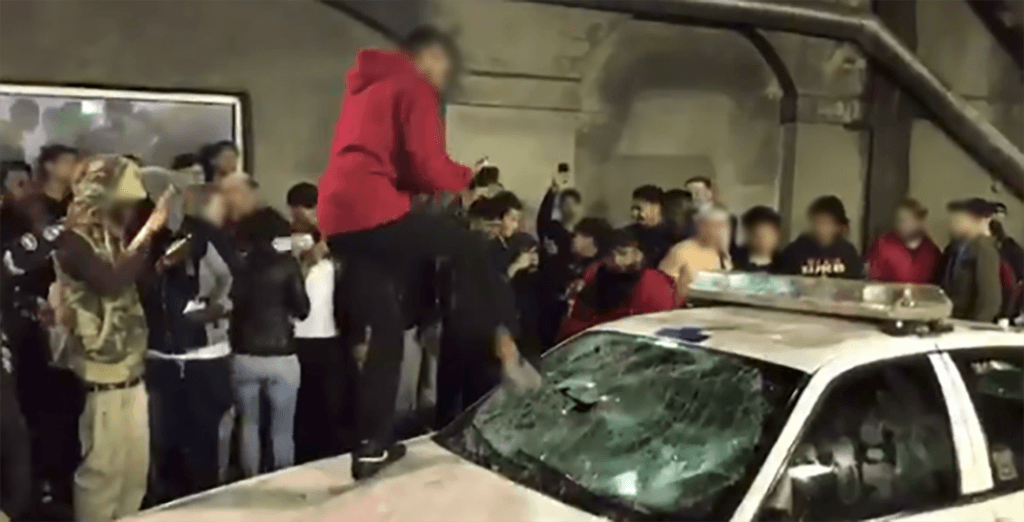 Toronto Police have not released a comment regarding the incident, but urge Raptors fans celebrate safely.

The full video can be found online here.