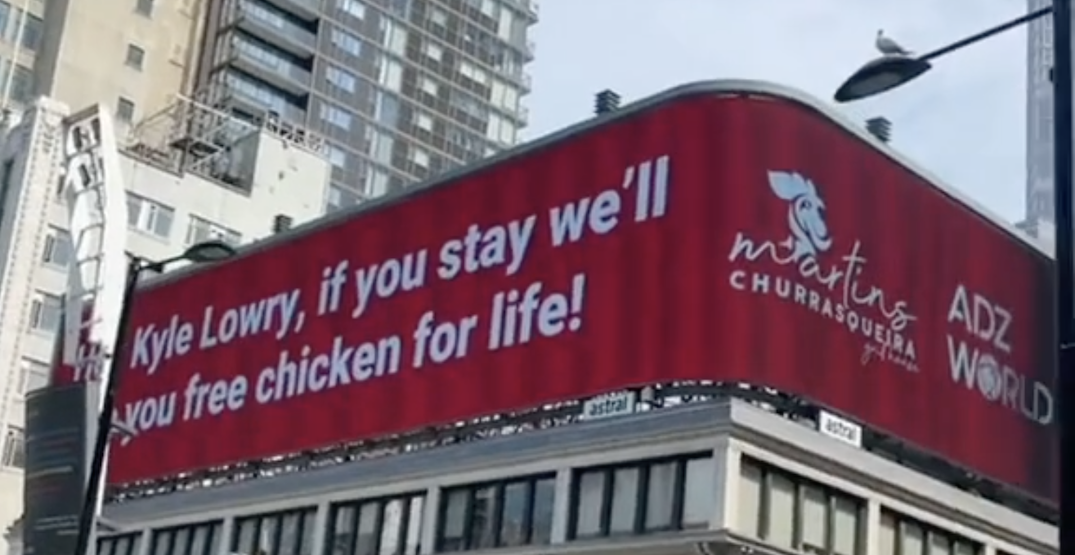 A Portuguese chicken spot in Toronto is offering Kyle Lowry free chicken for life if he re-signs with the Raptors.

In an Instagram post last week, Churrasqueira Martins owner Rui Martins filmed himself at Yonge-Dundas Square and shared that the restaurant would offer the NBA star free chicken if he stayed with the team.

To top it all off, they even managed to put the offer up on a massive digital billboard that read, “Hey Kyle Lowry, if you stay we’ll give you free chicken for life!”

Martins had been teasing the announcement on Instagram after posting that they would be giving out free sandwiches in the downtown square.

Back in May, Lowry admitted that his future with the Raptors was “unclear.” For Raptors’ fans like Martins, their hope is that the dedicated player will remain in Toronto.

Churrasqueira Martins is known for its Portuguese chicken and tasty cuisine. They currently have two locations, one at 2700 St Clair Avenue West and one at 605 Rogers Road.