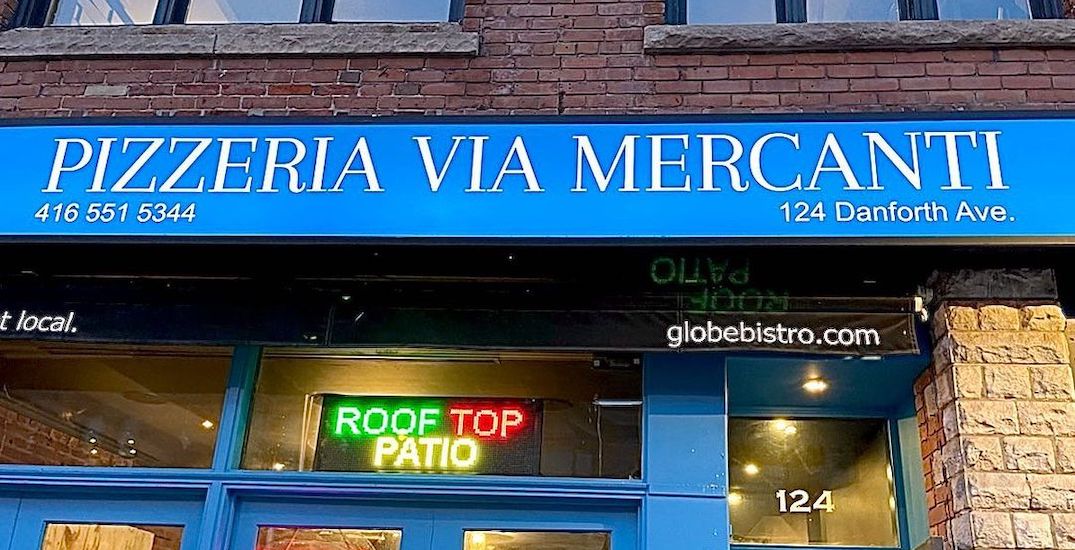 Local Toronto pizzeria is the latest restaurant to have been forced to close by city health inspectors after five infractions were reported.

Toronto’s DineSafe inspectors have shut down Pizzeria Via Mecanti’s Danforth location on August 12, 124 Danforth Avenue, due to several infractions.

Two of the Crucial Infractions include failing to protect food from contamination or adulteration and food premise maintained in a manner permitting health hazards (insects). 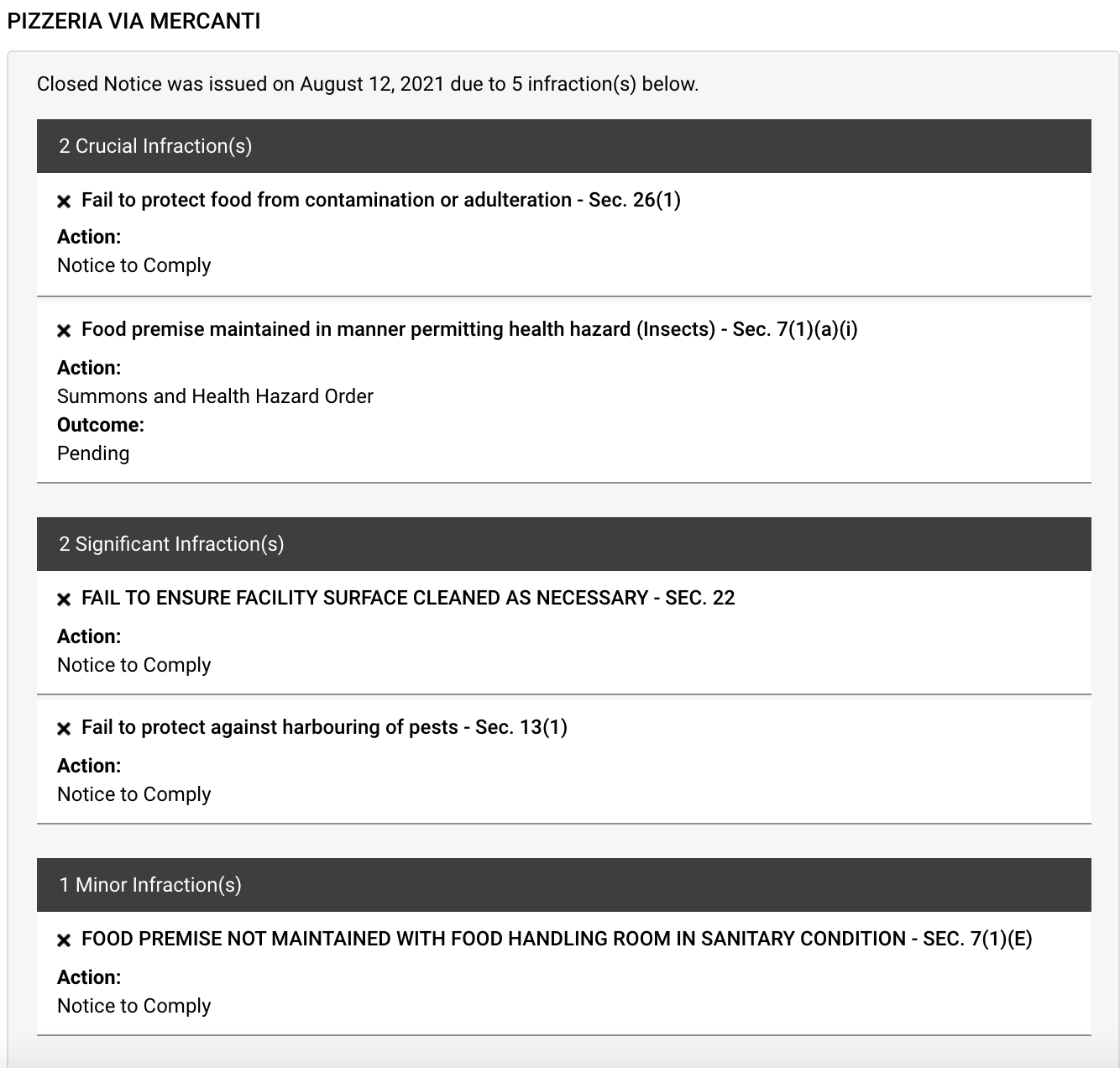 The other infractions include: Fail to ensure facility surface cleaned as necessary, failure to protect against harbouring of pests, and food premise not maintained with food handling room in a sanitary condition.

The same location had a prior inspection on August 3 where they were issued a conditional pass after eight infractions were reported.