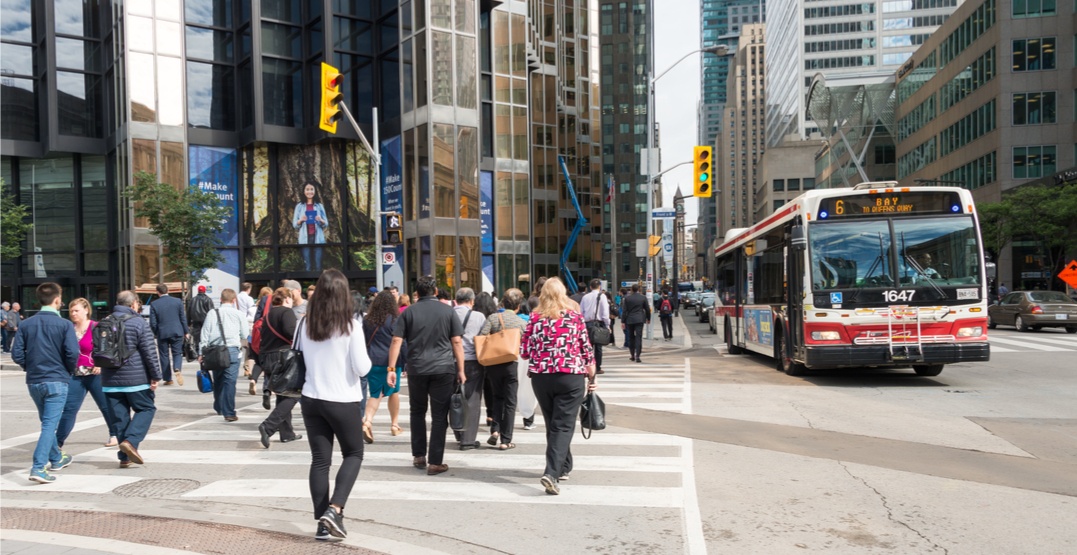 A local MPP wants to strengthen road safety by introducing a law that would fine pedestrians using their phones while crossing the road.

Yvan Baker, MPP for Etobicoke Centre, announced on Monday the introduction of a new Private Member’s Bill called the “Phone Down, Heads Up Act.”

If passed, it would prevent pedestrians from using phones or electronic devices when crossing any roadways. According to Baker, the bill would also require a Ministry of Transportation led annual campaign to raise awareness on distracted driving, with a focus on texting and driving.

“Toronto is already one of the worst cities in North America when it comes to traffic,” said Baker in a statement. “I would like pedestrians to be aware of the risks of crossing the road while distracted by phones and other electronic devices. My bill would strengthen road safety by encouraging pedestrians and drivers to keep each other safe.”

The bill, which includes a provision to allow municipalities to open out if they choose, would subject offenders to fines of $50 for the first offense, $75 for the second offense and $125 for the third offense.

This kind of bill is not new in politics. Often called the “zombie law,” it was a recent discussion in the US, as Honolulu recently passed a similar legislation which came into effect on October 25.

In a series of Tweets, Baker said that his new bill is “no different from other laws we have to promote safety like rules against jaywalking and requiring seatbelts.”

“My primary goal is to promote awareness of risky behaviour, plain and simple. Pedestrians who are alert are less likely to be hurt,” he said.