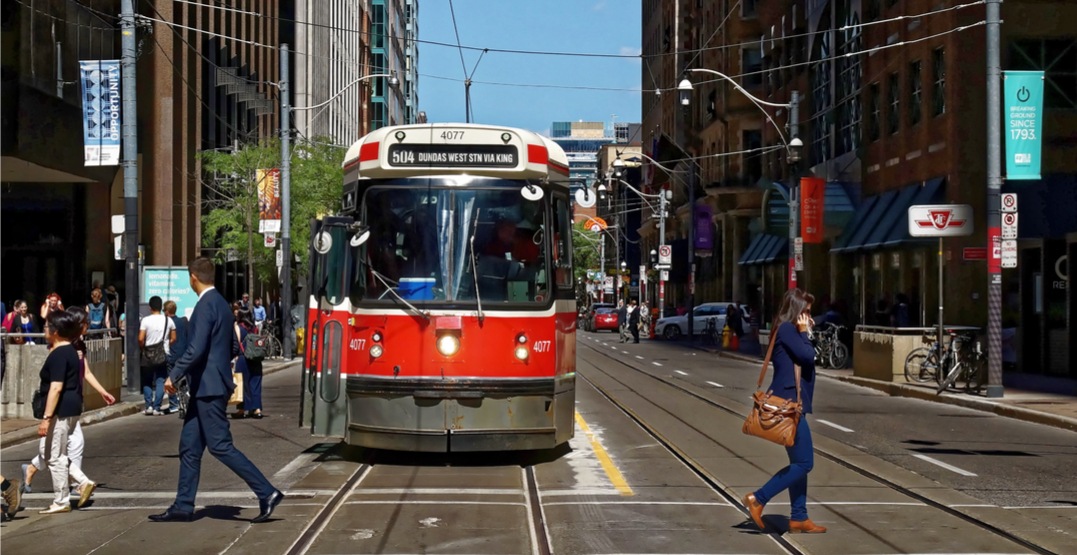 Toronto’s King Street Pilot Project will begin on November 12, which will change the way cars travel through the downtown corridor.

And the one-year pilot, which will run between Bathurst and Jarvis along King, is expected to start in just a few weeks now.

Prioritizing streetcars means discouraging the use of private vehicles on the popular downtown road. According to the City of Toronto, the pilot “is changing how King Street works, by not allowing through movement at most intersections for private vehicles and providing priority to streetcars. Local access for vehicles will be maintained on a block by block basis.”

Besides its initial release of a map on how to use the King Street Transit Pilot Corridor, the City has released new pilot “postcards” showing every turn cars can’t make while driving down King Street. 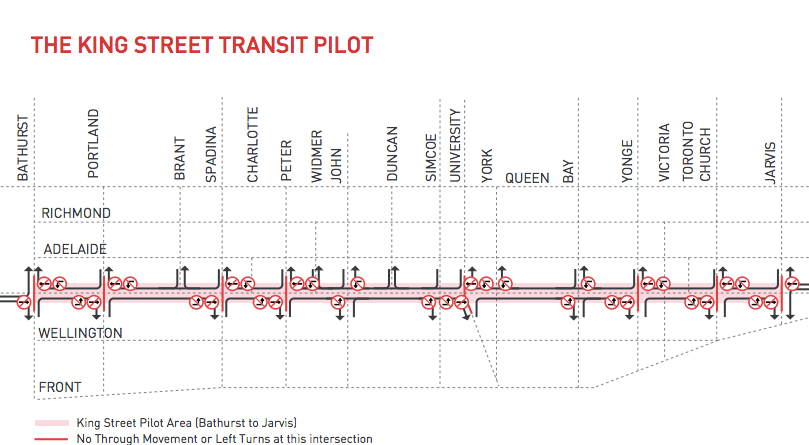 The City of Toronto says that currently, this route along King Street carries 65,000 people on weekdays. While that’s a large number of people, often streetcar service can be slow and unreliable because of significant overcrowding.

The Toronto Financial District (TOFD) has shared information regarding the pilot, saying its intention is to increase the speed, reliability and capacity of the 504 King Streetcar, and that the road is now intended to serve local traffic only.

“There will be a vehicle “loop” within the Financial District, where vehicles will be able to travel continuously between University and Yonge. At those intersections, vehicles will be forced to make a right-turn,” states the TOFD’s FAQ.

According to the Toronto Financial District, the City is planning to begin installation of the Pilot Study on November 7 with full implementation expected to be ready on November 12, which is the same day listed on the TTC’s website.

The TOFD also said that at this time, the City hasn’t released estimates with respect to improved speed and reliability, or increased capacity of the streetcar. 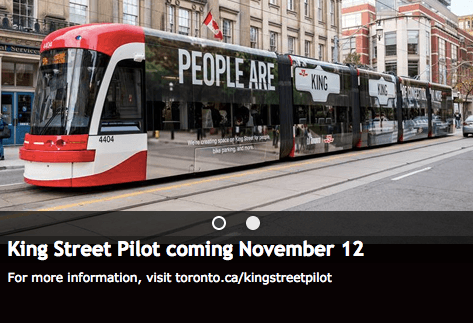