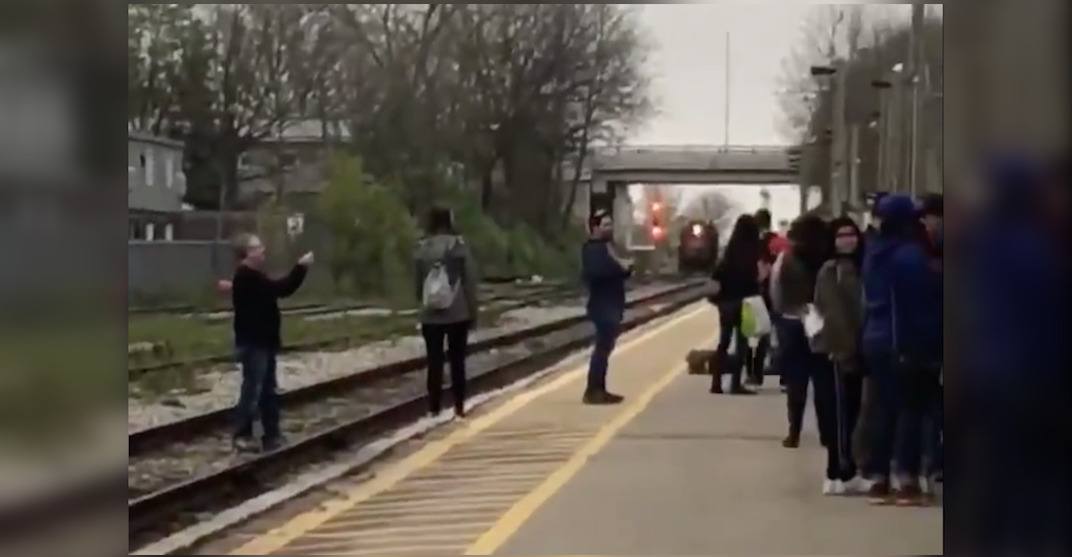 A group of people have sparked concern among Metrolinx staff after they were spotted posing for selfies on live tracks during the morning commute.

The shocking incident took place at Kitchener GO Station Thursday morning just after 7 am, and was captured by a commuter.

In multiple videos shared on Twitter, you can see people posing on the live GO Train tracks while other people took photos of them.

“I seriously thought they were going to get plowed down by a train,” reads the caption of a video.

In one of the videos, you can see a train approaching the station as a man stands in the middle of the tracks to take a photo.

I seriously thought they were going to get plowed down by a train. 😰😰😰 pic.twitter.com/W3FTZTO4Y4

Aikins called the trespassers out for their actions, asking them to think about the risks they took for selfies.

“You cannot beat a train. Imagine the hell your family would go through after receiving the news,” she added.

Michael Mullet, a Metrolinx revenue protection officer, called the incident dangerous and reminded the public that trespassing on the tracks is also illegal.

Folks, please do not do this. It is dangerous. Trains move along our rail corridors anytime and at any speed. You will lose against a train. Trespassing on rail tracks is also illegal. Always practice safety. Only cross tracks at proper crossings. https://t.co/7s7rgtmZvX

Not only is trespassing onto the tracks extremely dangerous, if you’re caught it can cost you a small fortune.

Fines for illegally crossing the tracks can range from $150 to a maximum fine of $5,000, according to Metrolinx spokesperson Nitish Bissonauth.

Just remember, no picture is worth risking your life.