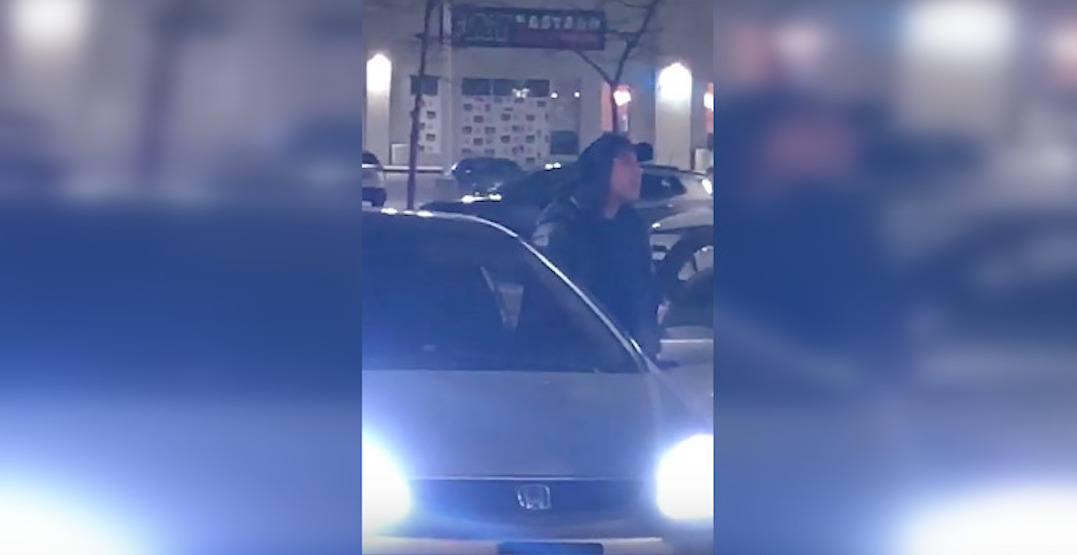 Note: This story includes a video that some may find disturbing.

Peel Regional Police are appealing for public assistance in the identification of a suspect in a hate crime investigation.

At approximately 8:30 pm on Thursday, January 30, police say they received a call from a 35-year-old Toronto woman who reported that a man was yelling racial comments and threats.

The incident reportedly occurred in a parking lot in the area of Mavis Road and Britannia Road in the City of Mississauga, and police say that the victim suffered no physical injuries.

The suspect is described as a white male in his 40s, who was wearing a black hooded sweater, a black t-shirt and a black baseball cap. He was driving a silver 2-door Honda with rear non-Ontario license plate bearing the number 284 888.

Further, the same man is suspected of being involved in two similar incidents, occurring earlier that evening in Brampton.

In both incidents, the suspect is reported to have caused a disturbance by yelling racial slurs at people in the area.

A video of the first alleged incident has been released.

Anonymous information may also be submitted by calling Peel Crime Stoppers at 1-800-222-TIPS (8477), by visiting peelcrimestoppers.ca.