The runway set up at Canada’s busiest airport poses a serious risk of collisions between aircraft, according to a new report.

As a result of a number of runway incursions at Toronto/Lester B Pearson International Airport, the Transportation Safety Board (TSB) launched a safety investigation to examine the runways in more detail.

According to the TSB, incursions occur when an aircraft finds itself on the wrong runway, which in a worst-case scenario, could result in a direct collision between two planes.

Between June 2012 and November 2017, TSB investigated 27 runway incursions at Toronto’s Pearson International Airport. According to their findings, these were not the only incursions during this time, however, they posed a substantial risk and shared many characteristics.

The report says the investigated incidents all took place between two closely spaced parallel runways known as the “south complex” at the airport.

The two runways are connected by “rapid-exit taxiways,” which are small stretches of runway aircraft can use to move from one to the other. TSB says the taxiway layout at Pearson has “several characteristics that are uncommon compared to those at other airports, both within North America and internationally.”

All of the incursions involved aircraft that had landed on the outer runway and, despite receiving instructions from air traffic control and intending to hold short of the inner runway, did not do so.

“Crews followed their usual routines after exiting the landing runway and proceeded with their post-landing checks,” said TSB.

“The timing of those tasks distracted them at a point when limited time was available to recognize the visual cues requiring them to stop, and contributed to their overlooking those cues.” 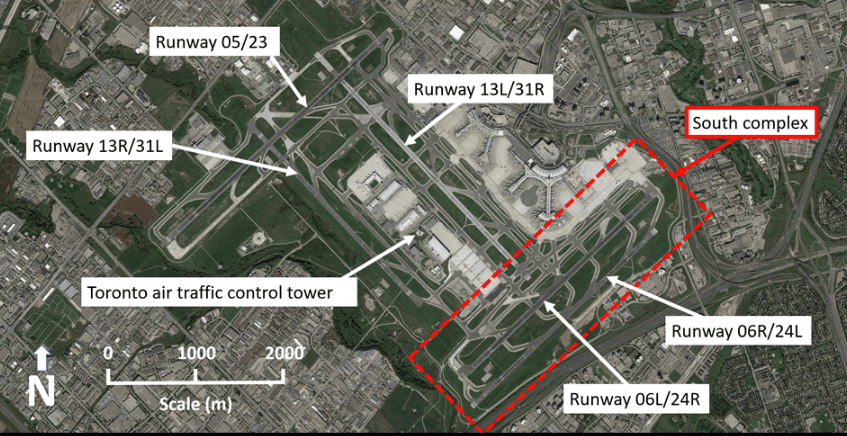 The report states there were a number of incidents when air traffic controllers intervened just in time before passenger aircrafts collided on the runway between June 2012 and November 2017.

Following the investigation, the TSB has issued short-term recommendations that would improve runway safety at Canada’s busiest airport.

This includes calling for changes to air-traffic control phraseology, amend standard operating procedures so post-landing checks only begin after a landing aircraft has cleared all active runways.

Additionally, it’s recommended there should be physical changes made to the runway and taxiway layouts at Pearson.