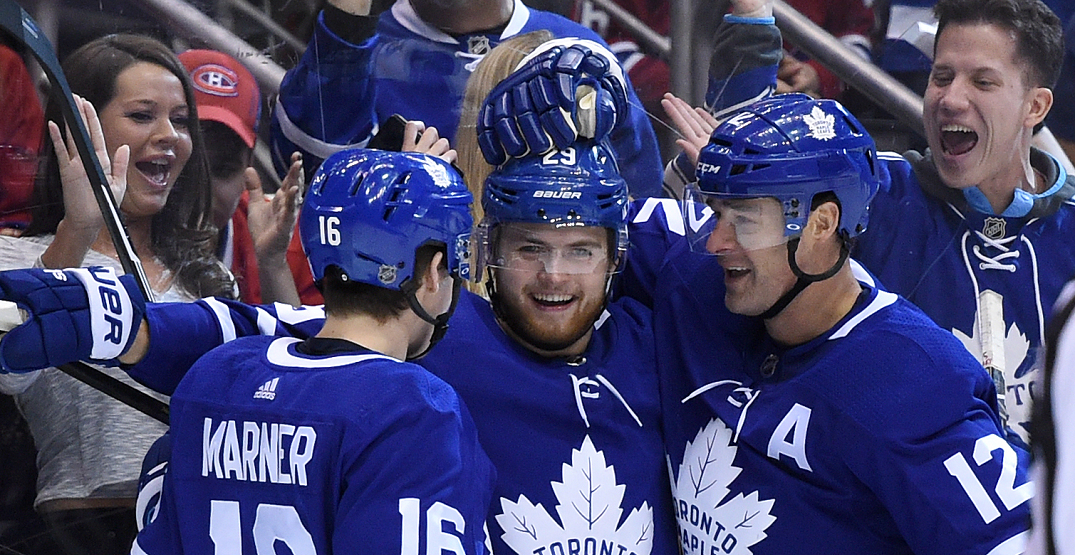 Patrick Marleau is calling it a career.

In a piece that ran on The Players Tribune, Marleau officially announced his retirement from the NHL at age 42 after sitting out the 2021-22 season.

Patrick Marleau played 23 seasons for the San Jose Sharks, Toronto Maple Leafs, and Pittsburgh Penguins. He had 566 goals and 631 assists in 1,779 games, the latter of which is an NHL record.

Marleau also won a gold medal at the 2010 and 2014 Winter Olympics as part of Team Canada.

Marleau was originally drafted second overall in the 1997 draft by San Jose, one spot behind eventual Sharks teammate Joe Thornton, who went to Boston.

Marleau then played 20 seasons in California before signing with the Leafs in 2017, which he called one of the “toughest decisions” he’s ever made.

“I moved my family to the center of the hockey universe and put on a Maple Leafs sweater. Playing for the Leafs was surreal. A real “pinch me” moment,” Marleau wrote.

“That opportunity I gave [my family] was like being a kid again. But I was now the older veteran on a team full of crazy-talented young kids. Kids like Auston Matthews and Mitch Marner. Kids that are closer to the age of my own sons than to me. Watching them and their love of the game made me fall in love with hockey all over again. I have no doubt that those guys will win a Cup one day, and when they do, I know they’ll remember all those mini-stick battles in the basement.”

Marleau finished his Leafs career with 164 games played, totaling 43 goals and 41 assists for 84 points, before being shipp