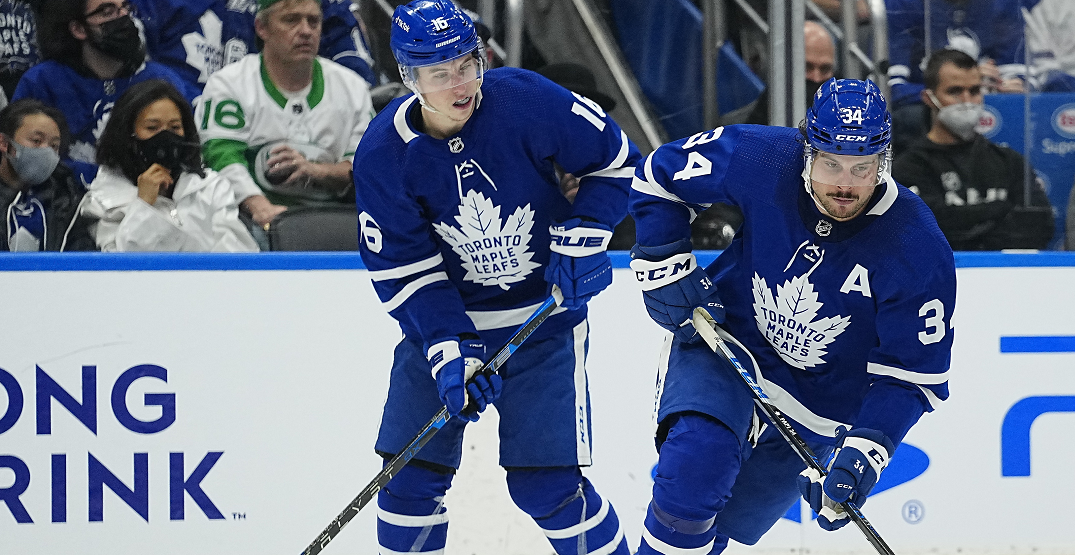 It’s almost time for a new game, with new lines for the Toronto Maple Leafs.

With the Tampa Bay Lightning evening the first round playoff series at two games apiece on Saturday evening, the Leafs decided to switch things up, once again, for their next matchup tonight.

“We are getting to a point in the series now where both teams know what to expect. It is about going out and executing,” Leafs’ coach Sheldon Keefe told reporters yesterday. “When they are on the road, they tend to move their D around a lot. Those kinds of things are at play. The biggest thing for us, really, is being on home ice and coming home to our crowd. We will be excited to play in a big hockey game, and obviously, it’s one where we need a good response.”

Alex Kerfoot was on the Leafs’ top unit to begin Game 4, but he’s been replaced by the usual first-line left winger in Michael Bunting.

Here’s what the Leafs’ forward lines look like for Game 5, per the Athletic’s Jonas Siegel:

And here are the defensive pairs:

As expected, Jack Campbell will start in net for the Leafs, with Erik Kallgren backing him up.

Campbell was pulled on Saturday, though his coach is backing him for a bounce back performance.

“We need him to be good for the next game,” Keefe said Saturday. “I wanted to be sure that he wasn’t feeling like he really wanted to finish the game and have a good showing or anything like that.”

Puck drop is set for 7 pm at Toronto’s Scotiabank Arena.