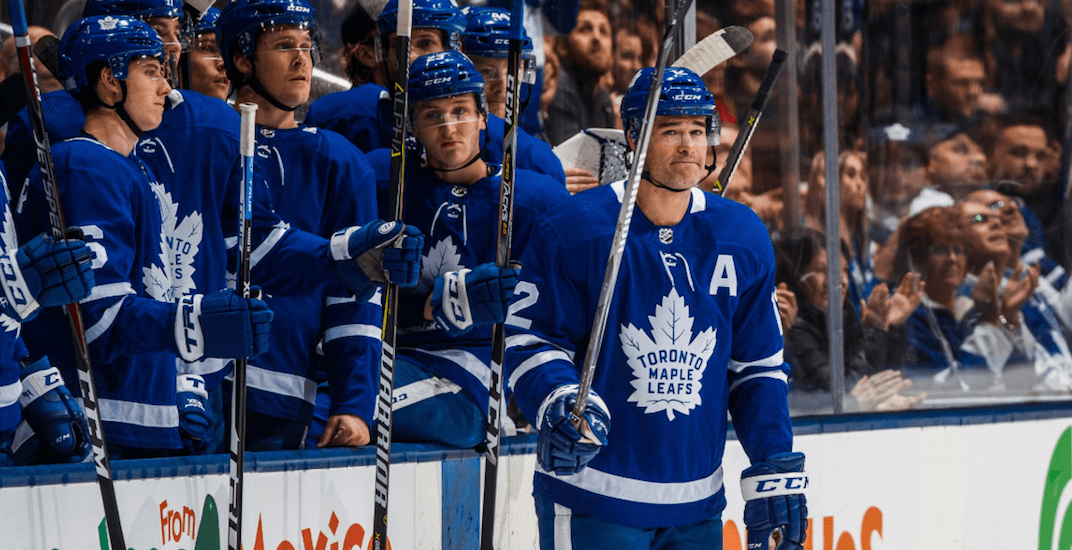 Slightly over halfway through his three-year contract, Toronto Maple Leafs forward Patrick Marleau’s name has come under scrutiny for a lack of production. Through 45 games this season, Marleau has put up 10 goals and 10 assists, on pace for about 36 points. That’s decent production from a third-line player, but many have begun to grow weary from a player with the fifth-most ice time of any Leafs forward on the season.

Of course, it’s hard to really blame Marleau himself. At age 39, he’s the fifth oldest player in the NHL. Except in extremely rare cases (Jaromir Jagr, anyone?) few can keep up their game late into their careers. He’s still far from a bad player, or one who shouldn’t be in the lineup anymore.

In the NHL, a league where superstars rarely leave their teams in free agency, it’s unlikely the Leafs management team could’ve assumed they’d be paying $11 million per season to former first-overall pick John Tavares just a year after luring Marleau away from San Jose in the summer of 2017, in what was generally agreed to be a slight overpay based on perceived market value.

But if given a do-over, the Leafs’ management likely takes a mulligan on the contract which pays him the third-most on the team currently behind just John Tavares and William Nylander in cap hit for this season.

As he sits ninth in team scoring with another year attached to his deal after this season, Marleau’s $6.25 million cap hit can’t be separated from the Leafs’ alternate captain’s public perception as they face difficult salary cap decisions moving forward. The important caveat is that former Leafs general manager Lou Lamoriello (now with the New York Islanders) signed the deal, so this can’t be seen as an indictment of current GM Kyle Dubs failing to plan for the future.

Let’s take a look at the good and bad of the contract through 127 of a possible 246 regular season games.

It hasn’t been all bad for Marleau.

However, there are legitimate concerns about his contract that may be holding the team back moving forward.

Criticisms of the deal that may have been brushed off at the time of signing are looking more valid today.

However, if Marleau were to for whatever reason agree to a move away, a budget team such as Florida or Arizona could be a destination for a trade this offseason. While his cap hit will remain the same at $6.25 million, he’s owed just $1,250,000 of his salary after July 1, 2019, as the majority of the deal comes via a yearly signing bonus.

Of course, no one in the Leafs fanbase would be in their right mind to complain about his contract if Marleau ends up doing what his intention was when he came to Toronto — raising a Stanley Cup over his head.