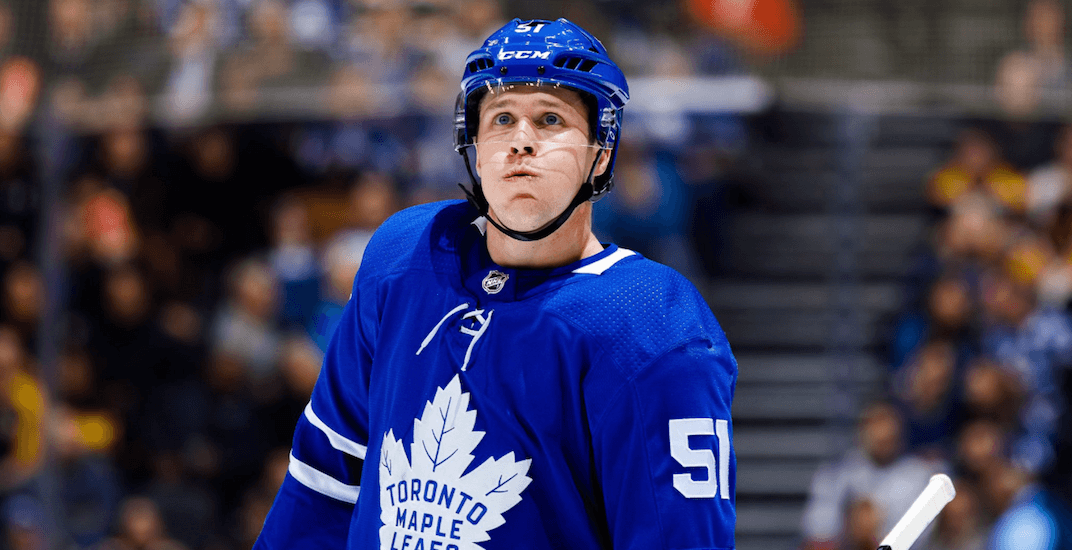 The Toronto Maple Leafs are well past the halfway point of the regular season, and appear set not only to clinch an early playoff spot, but also home ice advantage in the opening round.

With the NHL’s postseason three months away, here are five fearless Maple Leafs predictions for the balance of 2018-19.

1. Leafs players will rally around Gardiner and the booing will stop

During a recent loss to Colorado, the boo birds were chirping Jake Gardiner after a rather soft defensive effort led directly to a Carl Soderberg goal.

Fans are booing Jake Gardiner when he touches the puck now, which is interesting

Mitch Marner, for one, took umbrage with that reaction from the fans.

“The guy does everything for this team,” Marner told reporters. “People don’t give him enough credit ever… pretty disappointing to hear that. That guy means a lot to this team not just on the ice, but off the ice as well.”

Gardiner is in the final year of his contract with the team, and Marner & Co. won’t allow his years of steady service in Toronto to be defined by a couple miscues in his own zone. He will return to form and be a key player for the Leafs down the stretch.

He’s not a future Hall of Famer, but Toronto won’t have another Larry Murphy situation on their hands.

2. Nylander will break out in a big way

It would be a bit of an understatement to say William Nylander has underwhelmed since making his season debut back on December 6.

The 22-year-old forward stood his ground as a restricted free agent and agreed to a last-minute, six-year, $45-million contract, but has contributed only one goal and two assists in 16 games. For the sake of comparison, Boston’s Sean Kuraly recorded three points in the Bruins’ win over Toronto on January 12, and he’s earning about 10 percent of Nylander’s salary this season.

There are signs that Nylander’s totals are set to rise to expected levels, and soon. For one thing, he leads the Maple Leafs with a Corsi For percentage of 56.4 in five-on-five play, meaning he’s regularly on the ice for more shot attempts for than against. He’s also fourth on the team in individual shot attempts per 60 minutes, so his lack of goal scoring isn’t for a lack of trying.

Indeed, his 3.4 shooting percentage is well below his career average of 10.6, so there’s probably bad luck at play too.

With all this going for him, it’s only a matter of time before the puck starts bouncing his way and Nylander starts lighting the lamp – or helps his linemates do so, at least – on a regular basis.

3. A defenceman will be acquired

As good as this team has been, the biggest question mark for a while now has been the blue line. An upgrade is needed, and it would be quite surprising if general manager Kyle Dubas doesn’t address this in some way prior to the trade deadline.

As things stand, it’s hard to see this team going too deep in the playoffs with Nikita Zaitsev and Ron Hainsey averaging around 20 minutes a night. A talented team can get by like that in the regular season, but the playoffs are a different animal, and reinforcements are needed to ensure the best possible chance of winning when it matters most.

Despite missing 14 games earlier this season with a shoulder injury, Toronto’s superstar centre (one of them, anyways) is on pace to smash his previous career highs in goals, assists, and points.

At present, Auston Matthews is set to push for 90 points, with an even 45-45 split in goals and assists. That would healthily top the 40 goals and 29 assists he recorded in 82 games as a rookie.

It would be easy to point to his 20.3 shooting percentage and suggest that success rate will come down; that regression argument was just used as evidence of an impending breakout for Nylander. Here’s the thing, though – Matthews is actually averaging slightly fewer shots per game than in his rookie season, and if he decides to put the puck on net with more regularity, the pinpoint nature of his shot leaves room for the belief that he can up that percentage.

Matthews is currently in a bit of a funk, and 50 goals is more a long shot than it seemed at the beginning of 2019. But Matthews can start getting on a roll literally any time he steps on the ice. Like winter in Westoros, it’s coming.

5. Bruins will be conquered

While the Tampa Bay Lightning have risen to Stanley Cup favourite status by virtue of their dominance over everyone so far this season, the Maple Leafs are on track to finish second in the Atlantic, thereby earning home ice advantage in a first-round playoff series with the third-place team. That would be the Boston Bruins right now; although the Montreal Canadiens and Buffalo Sabres aren’t too far behind.

Let’s assume the Bruins fail to catch Toronto but remain in third, it’s Boston vs. Toronto to open the playoffs for the second year in a row. Head-to-head record aside (Boston went 3-1 in the season series), the Maple Leafs third-ranked offence, coupled with help on the blue line and the ability to host Game 7, will prove to be too much this time around.

A likely second-round matchup with the Lightning could mean lights out, but let’s not get too far ahead of ourselves!