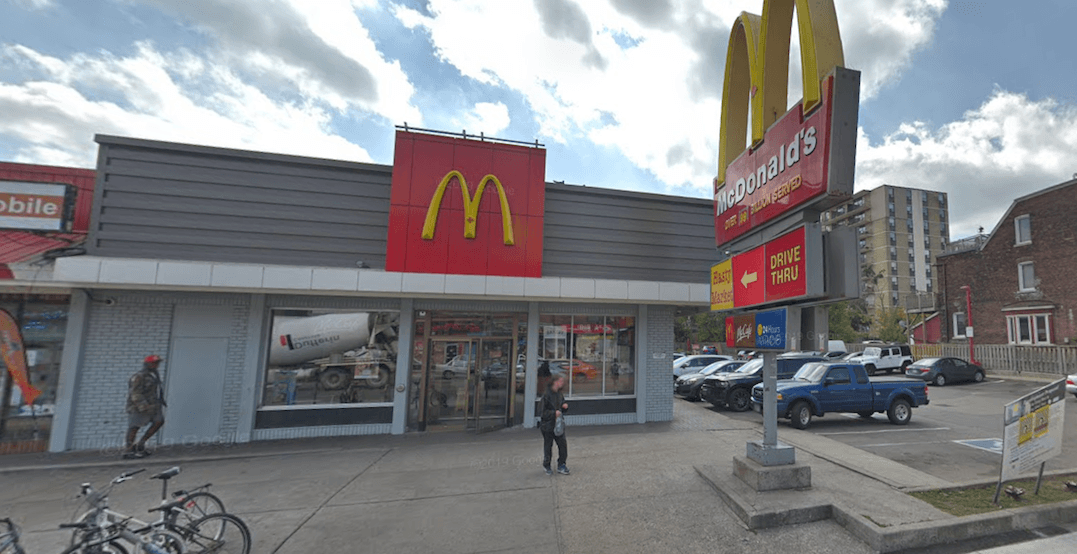 Parkdale’s popular McDonald’s has relocated and announced its grand opening celebrations, just over a month after the original King and Dufferin spot closed.

The fast-food joint, situated at the intersection of King and Dufferin Streets, quietly placed a sign on its door in November to say the restaurant would be moving down the street.

Earlier this year, the well-known location installed blue lights to help prevent drug use inside the restaurant.

Originally slated to open in mid-December, the eatery has officially announced its grand opening will take place this weekend, from Friday to Sunday.

Located at 1100 King Street West, the relocation means that Parkdale’s McDonald’s should now be known as Liberty Village’s McDonald’s, instead.

Albert Crimi, the franchisee of the new location, was behind the King and Dufferin location as well, and he has hired on employees from the original Parkdale spot.

To celebrate the opening, Crimi and the crew will be hosting activities throughout the weekend. We’re talking limited time offers, charitable initiatives, and fun activities geared towards the whole family, like costume characters, arts and crafts, and more.

Specials will include $1 any size Premium Roast Brewed Coffee, $2 small or medium Specialty Beverages, $2 medium fries, and $2.99 for any Happy Meal — note that all items are subject to taxes.