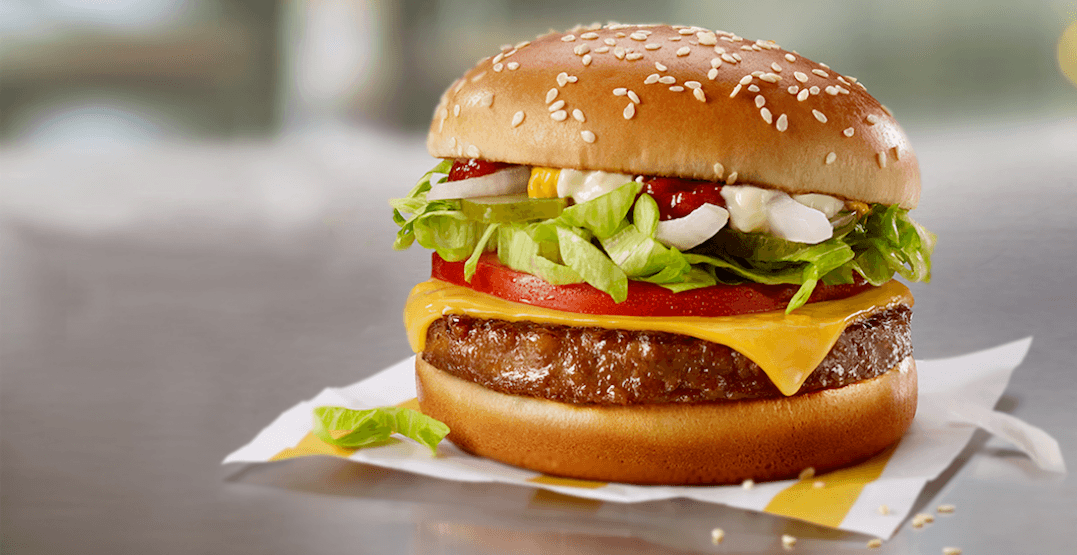 It’s the moment that vegans and vegetarians across the nation have been waiting for –McDonald’s Beyond Meat burger has been announced.

Starting on Monday, September 30, select Canadian locations will begin testing their very own Beyond Meat burger.

The flavour tests will predominantly be across Southwestern Ontario, specifically in London with some locations in Sarnia, Tilsonburg, and Woodstock. According to Michaela Charette, Head of Consumer Insights for McDonald’s Canada, that area was selected because it offers representations of the restaurant’s guests.

The test is meant to offer insight into what customers think of the product, what the in-restaurant experience is like, what it’s like for restaurant owners, operators, and crew to serve a Beyond Meat option.

As for what this means about a national launch, Jeff Anderson, Chef for McDonald’s Canada told Daily Hive, “it’s hard to say what’s next.”

Describing McDonald’s as a “test and learn company” that is “guest-obsessed,” the global fast-food restaurant said the test is here to serve as an opportunity to make decisions about next steps.

“McDonald’s Canada has a proud legacy of innovating across our menu and we’re excited that Canadians will be the first in the world to try the P.L.T.,” Anderson said in a release. “We’re eager to hear what our customers love about the P.L.T. to help McDonald’s around the world better understand how a plant-based burger works in our restaurants.”

So while this test-run is exciting, there are no guarantees on where it will lead down the line.

Once the test does begin on September 30, it will run for 12 weeks across restaurants in Southwestern Ontario.

The sandwich will cost $6.49 plus tax, and it’ll be available in a classic combo, too. The main attraction of the sammy is a Beyond Meat patty that was crafted “by McDonald’s, for McDonald’s,” and offers the traditional golden arches taste that many have come to love.

We can attest to this because we got to try it.

If you want to take it even further, order the sandwich without the cheese and mayo sauce, removing the dairy and egg component. However, the company can’t promise there’s no cross-contamination in the bun… so if you have allergies, do be wary.

Also take note that the patty is prepared on the same grill as other McDonald’s patties.

And while you may already be daydreaming about swapping Big Mac patties out with a couple of Beyond Meat ones, hold your horses. The only way to get this patty is by ordering the P.L.T. in full.

But, if you order two Beyond Meat burgers and a Big Mac, and do the swap yourself, well, we may just call yourself a genius. 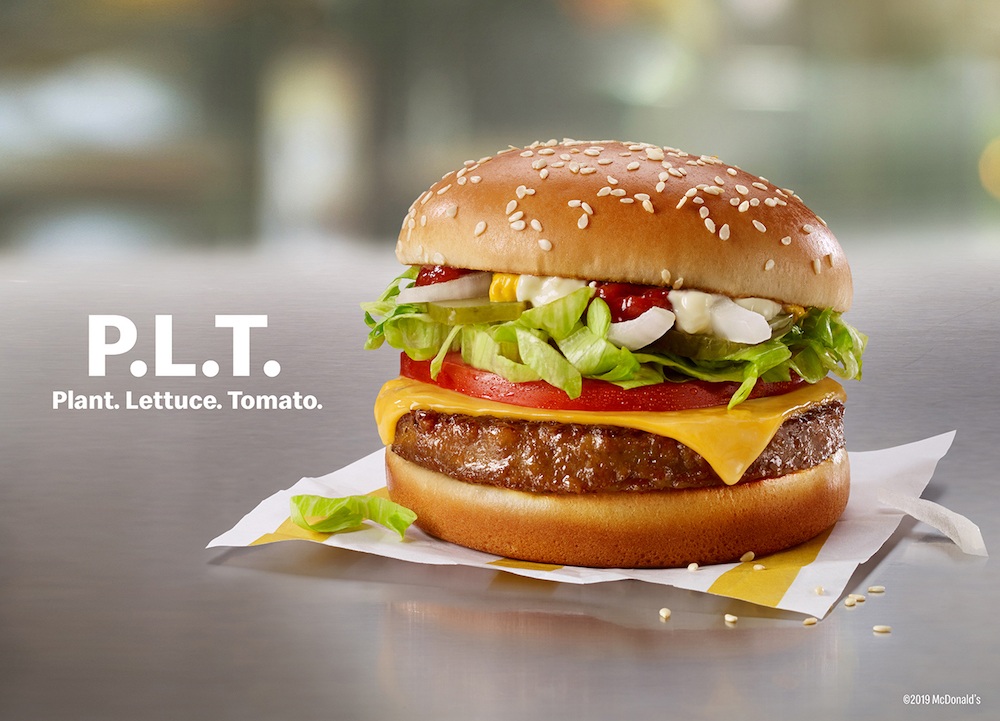 As for where to snag one of these, if you find yourself in Southwestern Ontario, the following restaurants will be offering the McDonald’s Beyond Meat burger.

Time to call up your friends at Western University…