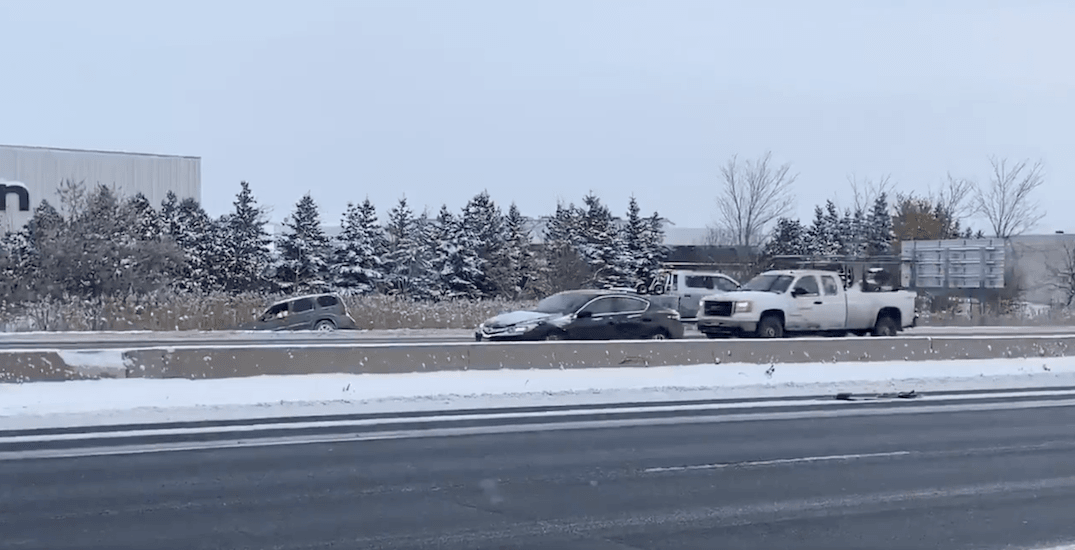 As the Greater Toronto Area was blanketed in snow on Monday afternoon and into the evening, drivers had a hard time making it home.

Parts of the GTA and surrounding areas were hit by nearly 15 cm of snow and there were over 400 vehicle crashes reported in the past 24 hours, according to Ontario Provincial Police’s Sgt. Kerry Schmidt.

Tuesday morning, following the first big blast of winter weather, Schmidt said “driver error” is likely to blame for a majority of the collisions.

Schmidt said OPP officers have been called to dozens of collisions on Tuesday, as snow and slush is still covering the highway, especially on the on-ramps. However, despite this, he added that traffic is still moving well on most roadways.

He added that even though plows and salters are currently out, the snow will continue melting on Tuesday, creating a mess for drivers.

Schmidt reminded drivers to give themselves more space, increase their following distance, and to prepare themselves for any upcoming changing traffic patterns.

“Make sure you’ve got your gloves and boots. If you do end up in a ditch, or in a wall, or in the back of a vehicle in front of you, know where you are. If you need emergency assistance, you can call *OPP (*677) on your cell phone,” said Schmidt.

He added that if your vehicle is moveable, make sure to pull off the highway so you’re not in a “vulnerable” position.

After Monday’s historic snowfall, it looks like the deep freeze is here to stay, at least for another day.

According to The Weather Network, Tuesday’s high is expected to reach -5°C, which is actually going to feel like -11°C.

Tonight’s low is expected to drop to -9°C this evening, before becoming -14°C overnight. And that’s when it gets even colder, as we get to experience our first -20°C of the fall season.

So whatever you get up to today, stay safe out there, Toronto.