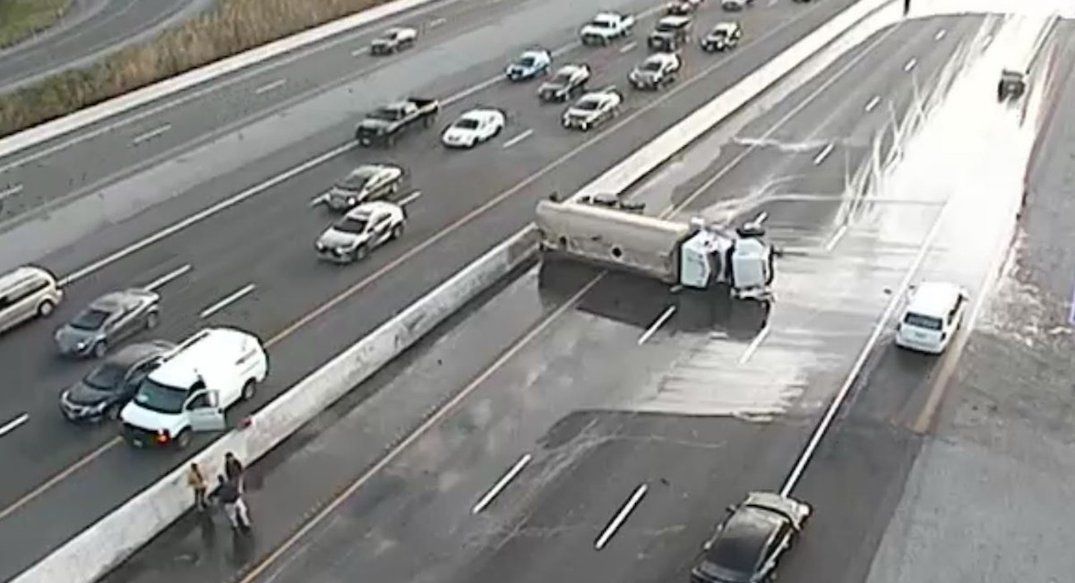 A truck rollover on the 401 near Whitby has closed all the eastbound lanes this morning.

According to the OPP, with all the lanes blocked, traffic is heavy but getting by on the right shoulder. There are no reports of injury at this time.

Emergency crews are currently at the scene, but there is no indication on when the lanes will reopen.