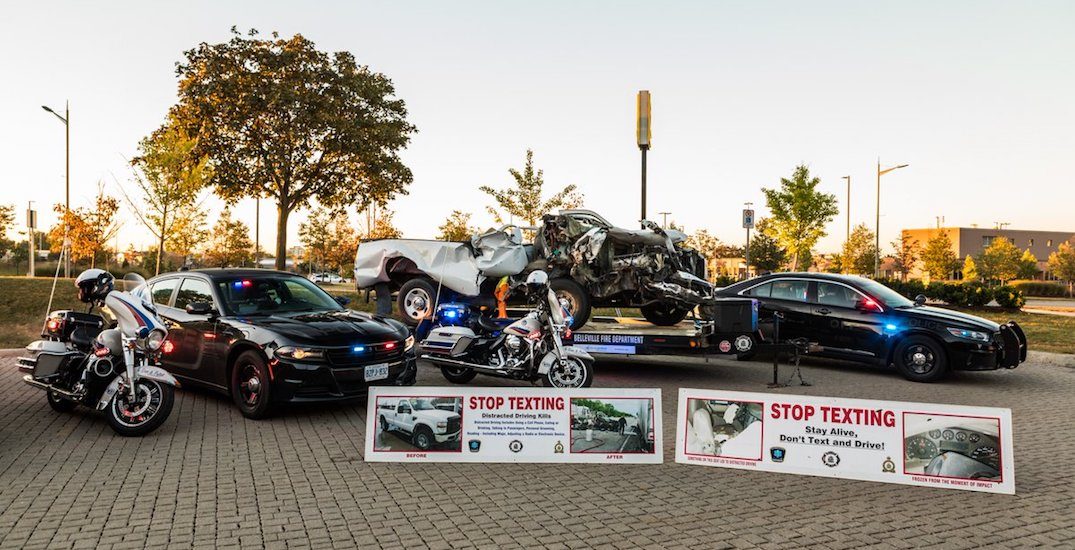 Over March Break every year for the past five years, the OPP focuses on what it’s calling the “deadliest kind of driver” on OPP-patrolled roads – the inattentive driver.

According to the OPP, inattentive drivers were behind 83 road fatalities in 2017, surpassing speed-related deaths (75), alcohol/drug-related deaths (46) and those that are linked to lack of seat belt use (49).

Since the Ontario Distracted Driving laws took effect in 2009, there have been 692 people killed in collisions on the road that involved inattentive drivers.

The Ontario Government considers distracted driving as anything that occupies the driver while behind the wheel that puts the driver and others at risk.

From using your phone to talk, text, check maps or choose a playlist while driving, to other activities like reading, and eating.

“By now, the majority of drivers and passengers have witnessed, had a close call or been involved in a collision with a driver who was texting, talking on their cell phone or engaged in some other form of distraction,” said OPP Deputy Commissioner Brad Blair, Provincial Commander of Traffic Safety and Operational Support.

The #OPP is launching the March Break – Distracted driving – Provincial Traffic Safety Campaign.
Your actions can have tragic consequences on other motorists with whom you share the road.#BeSafe#PutDownThePhone pic.twitter.com/BhAOZcpwOb

Blair said that last year, the OPP responded to 8,711 crashes that were linked to driver inattention.

“These drivers have no regard for your safety, making it as important as ever that you lead by example on the road and be a strong voice in your community and on social media about this deadly driving behaviour,” he said in a statement.

If a fully licensed driver is convicted of distracted driving, they will receive: a fine of $400, plus a victim surcharge and court fee, for a total of $490 if settled out of court, fine of up to $1,000 if you receive a summons or fight your ticket, and three demerit points applied to your driver’s record.

The OPP says that drivers who endanger others because of any distraction, including hand-held and hands-free devices, may still be charged with Careless Driving under the Highway Traffic Act or even Dangerous Driving under the Criminal Code of Canada. And both charges carry heavy fines and penalties.