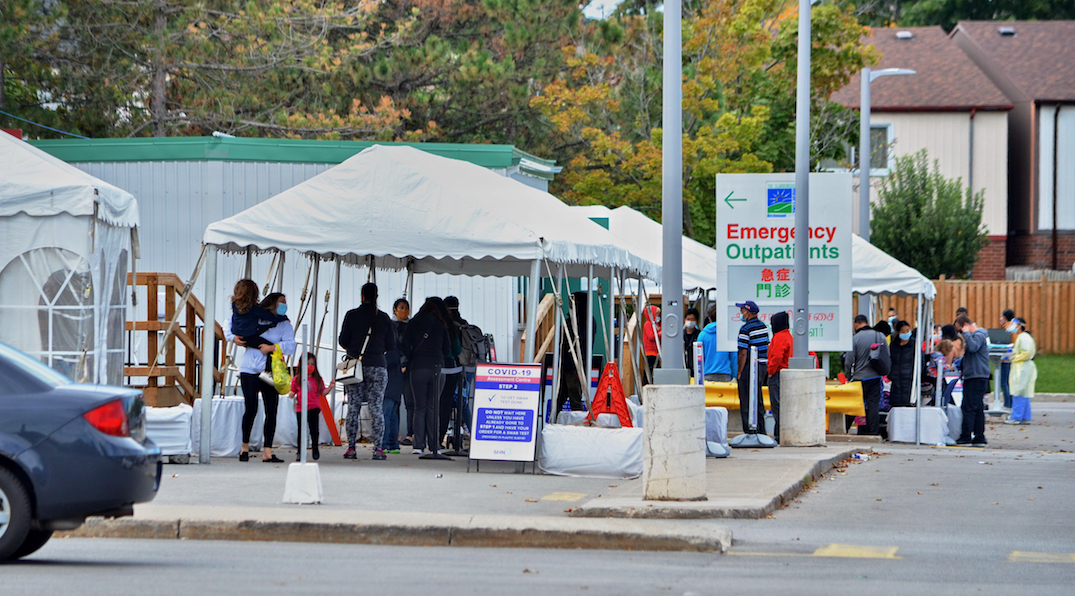 On Tuesday, Ontario’s associate chief medical officer of health, Dr. Barbara Yaffe, responded to questions of a recent Toronto Star article which reported that new provincial data — that has not been made public — found that four areas of Toronto are seeing positivity rates above 10% and two-thirds of the city has a test positivity rate of higher than 3%.

The four areas with positivity rates of more than 10% include Weston and Finch, Sheppard and Jane, Lawrence and Keele and an area northeast of Yonge and Eglinton.

Yaffe said that she hasn’t seen the data herself, but read the article.

“I’ve read the article in the paper. That is very concerning,” she said. “Those rates are high and those are neighbourhoods and areas that we already knew were at increased risk based on other data.”

Toronto’s cases have been increasing drastically over the last few weeks, often accounting for almost half of Ontario’s cases.

On Tuesday, Ontario reported 548 cases, with 201 coming from Toronto, with 90 in Peel and 56 from York region.

Yaffe said in order to curb the spread in Toronto, especially in higher risk communities, the province will keep working with local public health officials.

“In addition to all the education, social marketing, and so on, and working with the ethnic media, I think the case follow up there has to be prioritized,” she said.

“I know that Toronto Public Health has cut back on contact management, but perhaps in those areas, that is an area where it should be prioritized as well as the long-term care facilities and other congregate settings because we have to determine where these people are getting their infections.”

On Saturday, Toronto Public Health said they were temporarily suspending contact tracing as their teams became overwhelmed by a surge of new cases, leaving newly-positive coronavirus patients to notify their own close contacts.

Toronto has the largest team of contact tracers in the country with 700 staff, but they can’t keep up as more and more cases are identified in the city.

Therefore, the province is deploying 200 staff over the next four weeks to help the city manage case loads.