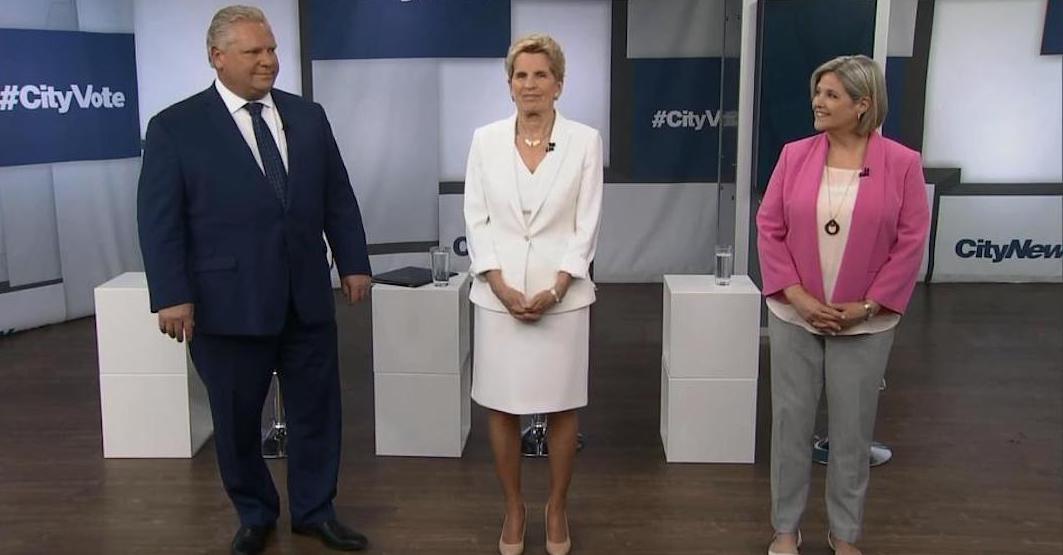 As Ontario’s election date nears, it seems that current Premier and Liberal Leader Kathleen Wynne is the least favoured candidate.

According to a recent Ipsos Poll, Ontarians believe that NDP Leader Andrea Horwath (38%) or PC Leader Doug Ford (37%) would make the best Premier of Ontario. Only 19% think the same of Wynne.

Interestingly, Ontario voters polled were not impressed with the three candidates.

Three out of four, or 74%, say that they wish there were different party leaders to choose from in this election. The poll states that sentiment was echoed by a majority of voters of every party, including 74% of NDP voters, 74% of Liberal voters, and 68% of Conservative voters.

Ipsos found that Ontarians are generally frustrated with the current political climate and want change.

“Two in three (64%) say that for them, this election is about making sure the Wynne Liberals are not reelected, highlighting the fact that, above all, this is a ‘change’ election,” says the poll results. “By comparison, only half (50%) believe that this election is about keeping Doug Ford and the PCs out of office.”

Ontario’s election is on June 7.

Will you be voting for the first time in 2018? Ontario’s provincial election will be held on June 7, so you have plenty of time to prepare. Start with our Guide to Voting in Ontario. https://t.co/becG9vu8Ia #VoterLiteracy #WeMakeVotingEasy pic.twitter.com/jv9wkNtzMs