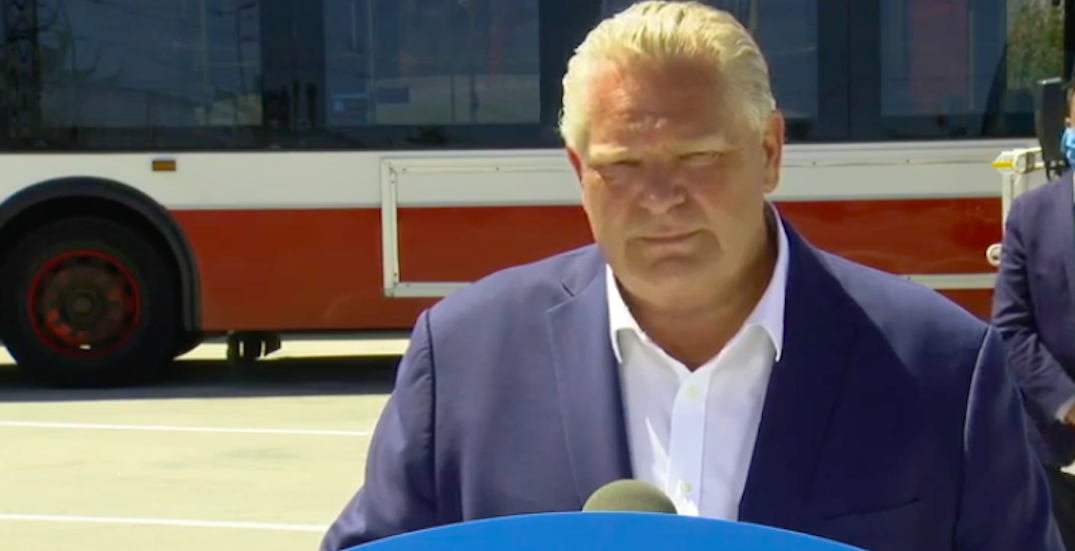 The Ontario government is one step closer to advance tunnelling work on the Eglinton Crosstown West Extension.

On Wednesday, Premier Doug Ford said that his government has a planned release of a Request for Proposals (RFP) tomorrow to advance tunnelling work.

“Today marks another step forward in delivering modern underground rapid transit to connect people from across Toronto and Mississauga to one of the country’s largest employment centres,” said Ford.

“Working with our partners, we will reduce travel times for riders and get more vehicles off our roads so people can spend more time with their families.”

On August 20, the province will invite the selected teams from the Request for Qualifications (RFQ) process to respond to an RFP that details how they plan to design and deliver the tunnelling work for the Eglinton Crosstown West Extension.

Upon evaluating the proposals received, Infrastructure Ontario (IO) and Metrolinx expect to award this tunnelling contract in mid-2021.

According to the province, in order to expedite work on the Eglinton Crosstown West Extension, tunnelling will begin first, followed by separate contracts for the balance of the work.

“We are making smart, long-term transit investments to address congestion, and give the people of Etobicoke, Mississauga, and the rest of the Greater Toronto Area more options to get where they need to be,” Minister of Transportation, Caroline Mulroney, said.

“Our government is committed to ensuring that our vital transit projects empower people and provide additional benefits for the communities in which they are being built.”

On Tuesday, Premier Doug Ford announced that the Request for Proposals (RFP) to advance tunnelling work on the Scarborough Subway Extension will be issued in the coming days.