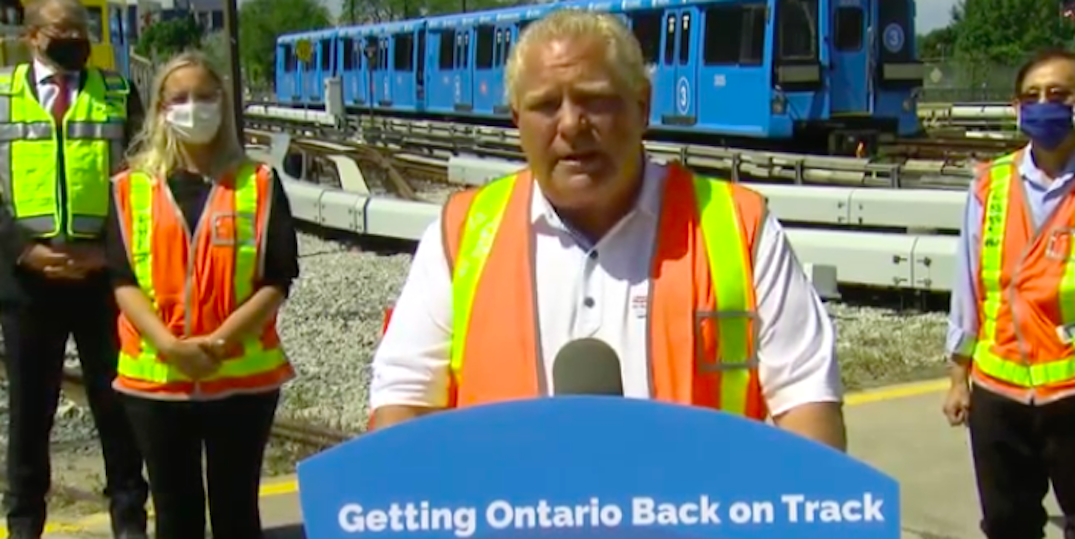 The Ontario government is one step closer to getting the tunnels built for the Scarborough Subway Extension.

On Tuesday, Premier Doug Ford announced that the Request for Proposals (RFP) to advance tunnelling work on the Scarborough Subway Extension will be issued in the coming days.

“After waiting over 30 years for a subway, our government is taking another critical step forward to build the improved three-stop Scarborough Subway Extension for the people of Scarborough,” said Ford.

“This project will create thousands of jobs, drive housing development, and triple the daily ridership to help reduce congestion and cut travel times for riders and commuters.”

On August 20, the province will invite the selected teams from the Request for Qualifications process to respond to an RFP that details how they plan to design and deliver the tunnelling work for the extension.

According to the province, Infrastructure Ontario (IO) and Metrolinx expect to award this tunnelling contract in mid-2021 after evaluating the proposals.

But the Scarborough extension has had its share of delays and plan changes.

It was originally supposed to be a seven-stop LRT line with a proposed end date in 2015 and is asking the federal government to provide 40% of the funding.

When asked about how long the project has taken, Ford said “finally they’re getting a subway line.”

“That’s 650,000 people sharing two subways lines, but they’re paying the same taxes as everyone else. This has been my beef all along. If you’re living out by the zoo and you want to get employment downtown you’ll take an hour and a half to get there. The problem is they have not had their fair share of the pie, and finally after decades and decades of waiting, they’ll get it.”

Mayor John Tory responded to the news in a release and said that “this is a welcome next step that will make sure we have shovels in the ground as soon as possible to get this long-awaited project completed.”

Back in March, Councillor Josh Matlow had concerns with Ford’s new three-stop subway extension, noting it would be finished in 2030, cost more money, and leave Scarborough residents without substantial transit for a longer period of time.

“Scarborough residents deserve rapid transit that serves people, rather than political interests,” Matlow said at the time. “It should be based on a good business case. A seven-stop Scarborough LRT network makes sense. A three-stop Scarborough subway, which serves far fewer people, for a lot more money, does not.”