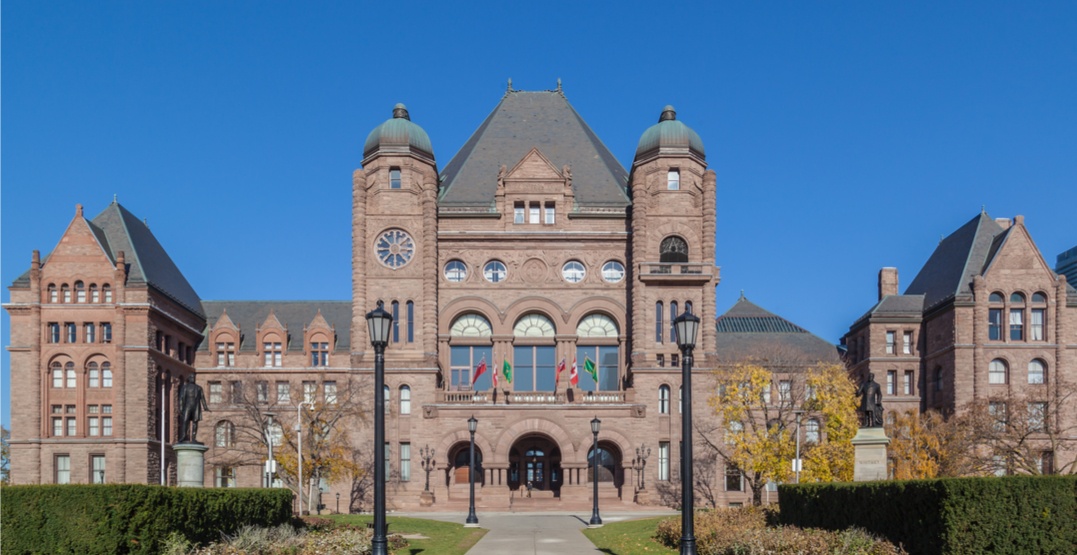 On Friday, the Government of Ontario released its latest Sunshine List, revealing the salaries of Ontario Public Service and other public sector employees who were paid $100,000 or more in 2017.

The full rundown of over 100,000 names is available online, in a sortable and searchable table. The purpose of it is to keep in accordance with Ontario’s commitment to openness and transparency.

“Ontario’s commitment to openness and transparency includes releasing public sector salaries annually,” said Eleanor McMahon, President of the Treasury Board, in a statement. “We will continue to transform government to make it more innovative, more efficient, and more accountable to the people of Ontario.”

Also on the Sunshine List is Premiere Kathleen Wynne, who was paid $208,974 last year.

These are the top ten highest paid public sector employees in Ontario. 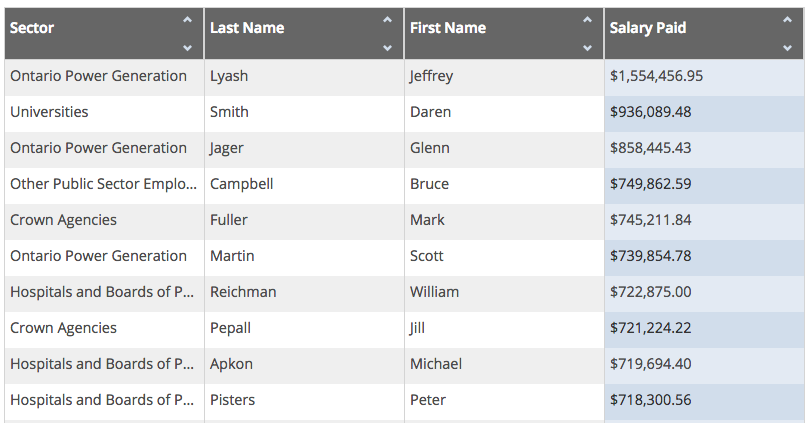 Since 1996, the Public Sector Salary Disclosure Act has been making Ontario’s public sector more open and accountable to taxpayers. According to the government, “the act requires organizations that receive public funding from the Province of Ontario to make public, by March 31 each year, the names, positions, salaries, and total taxable benefits of employees paid $100,000 or more in the previous calendar year.”