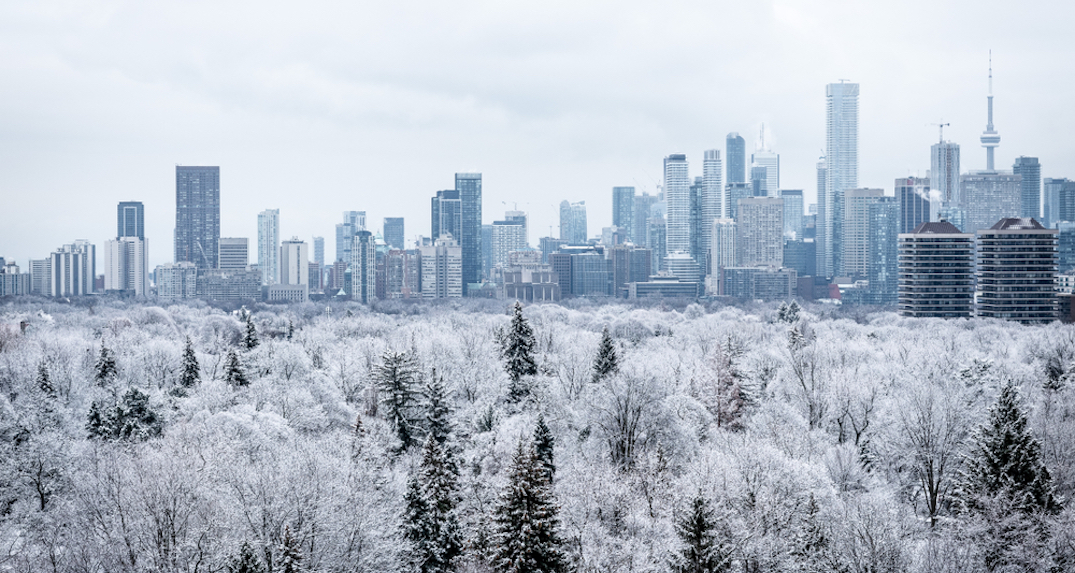 Southern Ontario is off to a snowy start this week, and more is on the way before warmer temperatures move in this weekend.

Lake-effect snow will bring another coating of the white stuff to Southern Ontario, according to The Weather Network. Snow will persist through Wednesday and into Thursday.

Some areas of the province, like Georgian Bay and Lake Huron, will see snow squalls as a result. Kingston could also see quite a bit of snow. These regions should prepare for messy and slippery commutes, the forecast shows.

Snowfalls in the province will range from 15 to 30 cm in some areas, to less than 5 cm in more southern regions. Georgian Bay, Lake Huron, and Lake Superior areas will be among those seeing up to 30 cm. Toronto will likely see less than 5 cm. 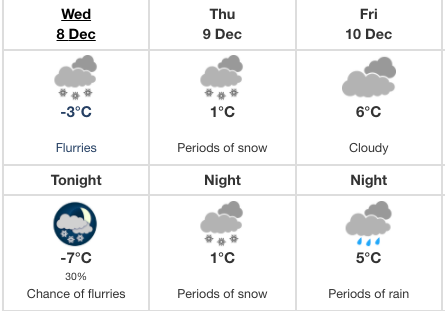 That snow could soon melt away as warmer temperatures are forecast to begin moving in on Thursday and through the weekend. It’s likely to remain cloudy, according to The Weather Network.

The weekend is looking mild, but rainy, the forecast shows. Temperatures in Southern Ontario will hover in the low teens in many areas, but it’ll be a wet one. The Weather Network said that the temperatures this weekend will be near-record-breaking. 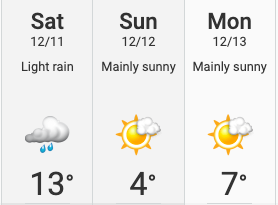 While rain may wash away much of the accumulated snow in Southern Ontario, Weather Network meteorologists are already looking ahead to Christmas. They’ve got their eyes peeled for a weather pattern change that could decide whether or not Ontarians see a white Christmas.