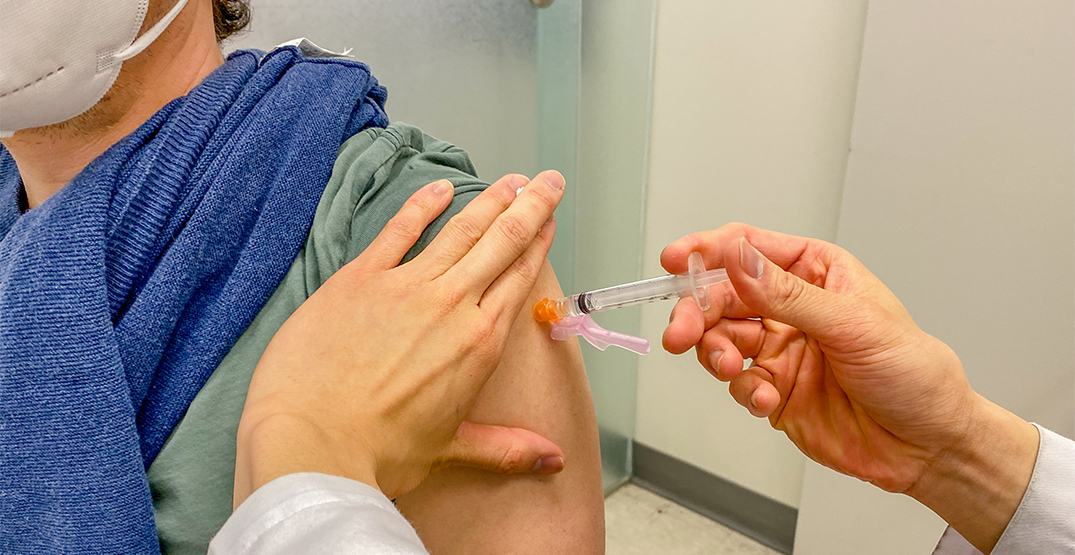 The Government of Ontario has shortened the second dose interval for those who received a shot of the AstraZeneca COVID-19 vaccine.

The province announced on June 12 that, with informed consent, individuals who received AstraZeneca as their first dose will be eligible to get a second shot within eight weeks.

The current recommended timeframe between AstraZeneca doses is 12 weeks. Individuals will be able to choose between getting a second dose of AstraZeneca, or an mRNA vaccine.

Officials noted the decision was made following consultation with the Chief Medical Officer of Health, and is based on emerging clinical evidence about mixing COVID-19 vaccines.

According to the government, studies indicate that receiving an mRNA vaccine after an AstraZeneca vaccine at an interval of eight to 12 weeks is “safe and demonstrates a beneficial immune response.”

There is also evidence, they noted, that a longer timeframe between two doses of the AstraZeneca vaccine provides higher protection.

“All of these options provide protection against COVID-19, including the Delta variant, and have been deemed safe,” officials said.

As of 8 am on June 14, individuals who received one dose of AstraZeneca and want a second shot of Pfizer or Moderna can make an appointment through the provincial booking system.

Those who want a second dose of AstraZeneca are advised to contact the pharmacy or doctor’s office where they got their first shot.

Brampton Mayor Patrick Brown and Toronto Mayor John Tory both praised the province’s decision, and encouraged residents to get their second doses as soon as possible.

“This is good news,” Tory said. “This will help further protect you against COVID-19 and the Delta variant.”

“The sooner we have all received our first and second dose of vaccine, the sooner we will be able to bring this pandemic to an end.”