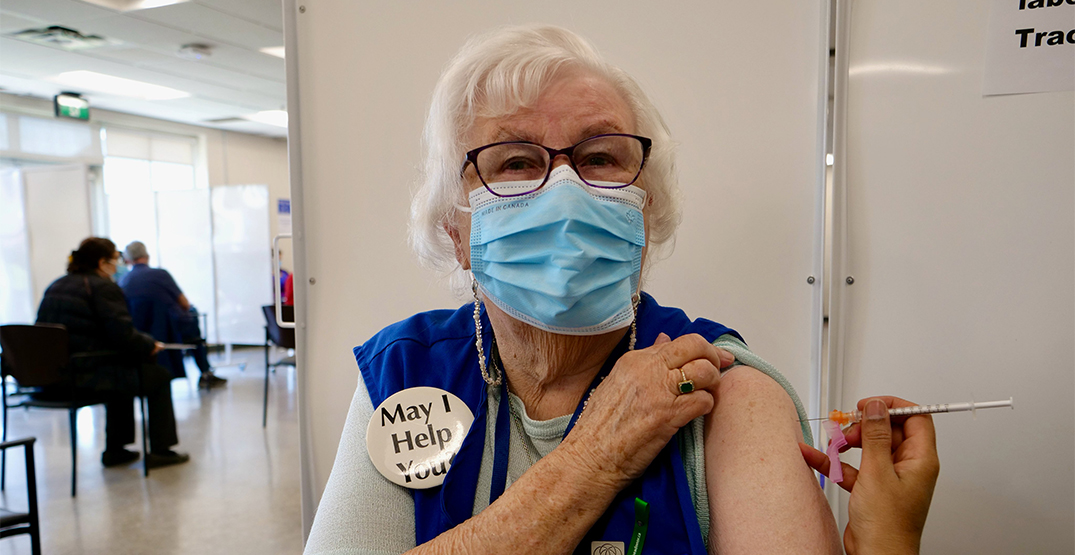 Ontario unveiled an accelerated second dose strategy on Friday where people can book a second COVID-19 vaccine appointment as early as 28 days after their first shot.

The province will start with second doses for people age 80 and up, and move to offer second doses in a “first-in, first-out” approach where people who had their first shot earlier will be eligible for their second dose sooner.

Provincial officials say this method will allow the most vulnerable, who were already prioritized for a first dose, to be first in line for a second shot.

Here’s the forecasted timeline for second dose eligibility depending on age and other risk factors: 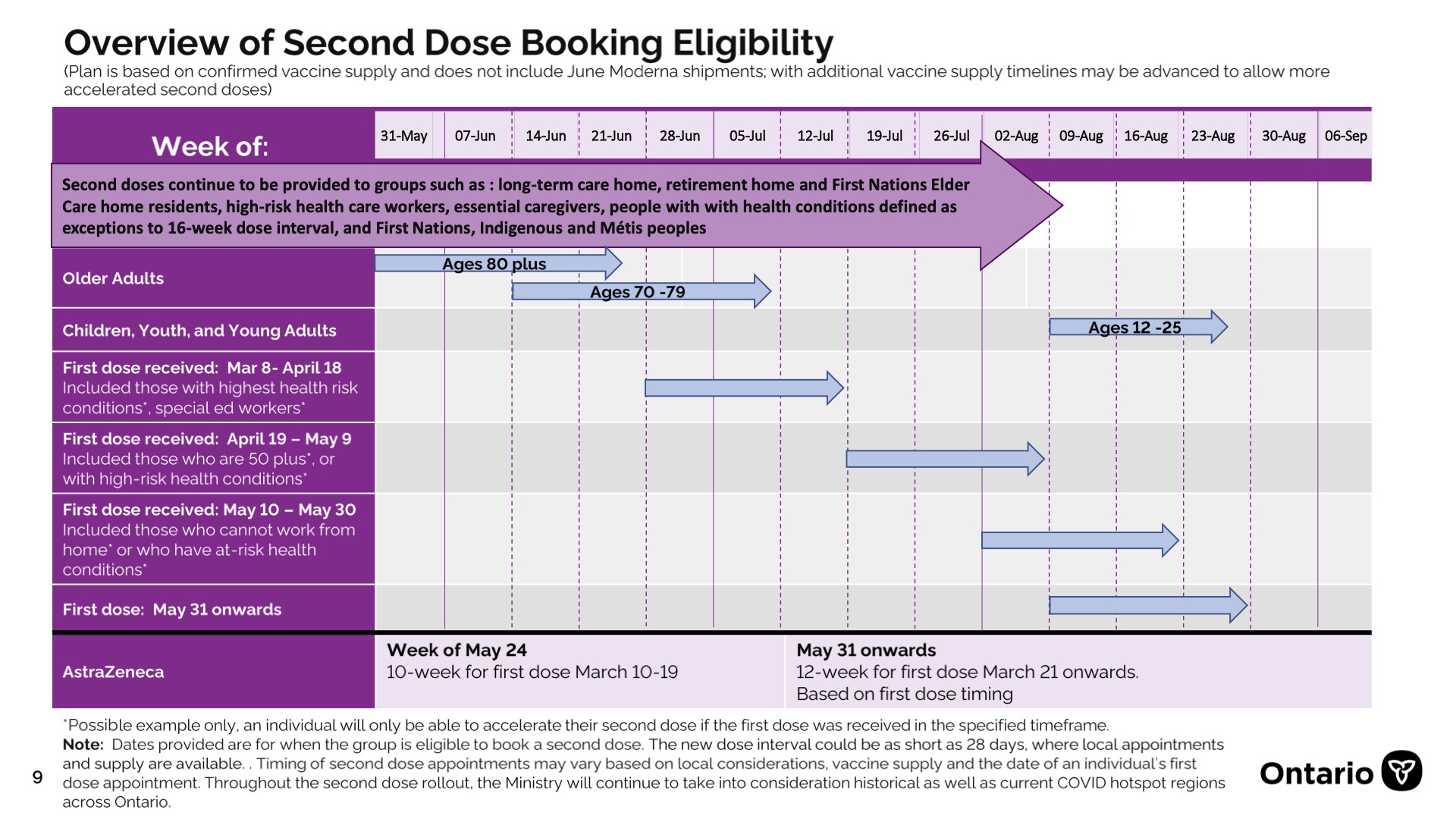 Prior to this, Ontarians had to wait four months for a second dose. Many seniors and clinically vulnerable individuals who were vaccinated back in March or earlier have already waited that long for a second shot. For others, this shortened timeline could allow them to move up their second dose appointment by a few weeks but not to as little as 28 days.

People who get their first shot after May 31 have a chance at getting a 28-day interval because vaccine supply is now more robust than earlier in the pandemic.

People who got an mRNA vaccine (Pfizer or Moderna) may have their interval shortened to as little as 28 days. Those who received AstraZeneca will wait 10 to 12 weeks between doses because new research indicates a slightly longer waiting period gives patients stronger immunity.

Ideally, Ontarians will receive the same vaccine type for their second dose unless there are extraneous circumstances. If AstraZeneca supply doesn’t materialize in time for most people’s second doses they will be offered an mRNA shot.

The province’s vaccine booking system will now allow people to book their second doses. If someone books a second dose appointment sooner than the one they originally had, their later appointment will be automatically cancelled.

Officials are encouraging Ontarians to get their second dose the same way they got their first, except where that’s less convenient or not possible. In that case, people will be able to book their second appointment on the provincial booking portal.

Most Ontarians will be able to get both of their shots by the end of summer if the scheduled amount of doses arrive in Canada. Summer officially ends on September 22.