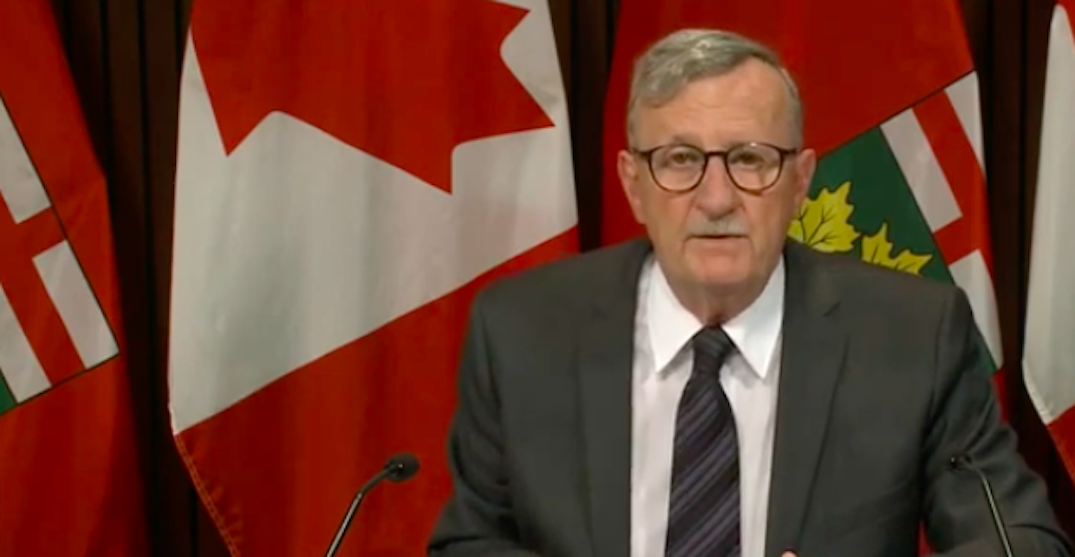 Ontario is set to extend online learning until January 25 for parts of the province, as COVID-19 cases continue to rise at “an alarming rate.”

According to the province, these time-limited measures are being taken to help ensure that “all Ontarians stay at home as much as possible to minimize transmission of the virus” and prevent hospitals from becoming overwhelmed.

“With the public health trends where they are across the province, our priority remains keeping students, teachers, school staff, and all Ontarians safe,” said Premier Doug Ford in a statement.

“That’s why we’re extending the remote learning period for students in Southern Ontario and the shutdown period for Northern Ontario, while continuing to provide financial relief for parents through the Support for Learners program as well as electricity rate relief for all time-of-use customers. We have to get the numbers down and today’s measures will help us continue to stop the spread of this deadly virus.”

The provincial release noted that while targeted testing is done among students and staff, in December 2020 they confirmed that schools are not a “significant” source of transmission; however, with “concerning behaviour over the holidays” the positivity rate among school-aged children has “increased sharply.”

Now the positivity rate for kids aged 12-13 years old has increased from 5.44% in late November, early December to nearly 20% in early January.

Almost two weeks after Ontario was moved into a province-wide shutdown, trends in key public health indicators have “continued to worsen” in both Northern and Southern Ontario, including “concerning trends” in health system capacity, most notably in hospitals.

Trends show increasing transmission in many Northern Ontario public health regions, with only one region showing a sustained low level of transmission.

In addition, with the increased risk of transmission due to the confirmed presence of the COVID-19 UK variant in the province, the seven public health unit regions in Northern Ontario will remain in shutdown until at least January 23, 2021.

The impacts of these time-limited measures throughout the province will be evaluated after 14 days to determine if it is safe to lift any restrictions or if they need to be extended.

“I have and remain firmly committed to getting students back into class as soon as possible — there is nothing more important. However, the best medical and scientific experts have been clear: while schools have been safe places for kids, the sharp rise in community transmission puts that progress and Ontario families at risk,” said Stephen Lecce, Minister of Education in a statement.

“During this time, students will remain engaged in live teacher-led online learning with access to enhanced mental health and technology supports.”

The Ontario School Boards’ Association (OPSBA) said that the importance of following expert and medical advice can’t be understated.

“As we continue to learn and adapt to the present situation, we must also be seeking to mitigate the impacts that increased screen time and a lack of face-to-face social interaction with peers and adult outside of the home will have on students’ mental health, learning process, and development,” Cathy Abraham, OPSBA President, said.

Earlier, Premier Doug Ford said, “I will never sacrifice our kids going back to school if the health table and doctors are telling me not to do it.”

“Folks there is proof in the pudding, before the Christmas holidays we saw positivity rates of 3% now the information I’ve received as of late afternoon yesterday, [shows] that has jumped 116%.”

Ford defended Education Minister Stephen Lecce’s school plan saying it was effective until Christmas when people got together with others outside of their household.

According to the premier, there is a 20% positivity rate for children meaning one in five kids age 13 and younger are testing positive for COVID-19.