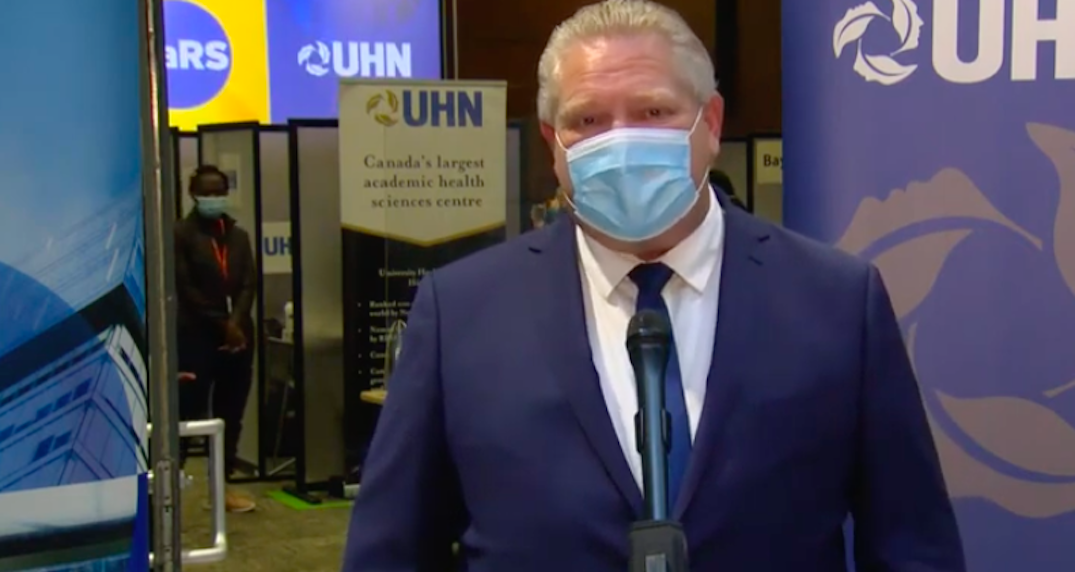 Premier Doug Ford said that an announcement on Ontario schools will be made by the Chief Medical Officer on Thursday afternoon.

During a short press conference at the University Health Network, when asked if the announcement on school closures will be made soon, Ford responded that Dr. David Williams will provide an update this afternoon.

“I will never sacrifice our kids going back to school if the health table and doctors are telling me not to do it,” Ford said.

“Folks there is proof in the pudding, before the Christmas holidays we saw positivity rates of 3% now the information I’ve received as of late afternoon yesterday that has jumped 116%.”

Ford defended Education Minister Stephen Lecce’s school plan saying it was effective until Christmas when people got together with others outside of their household.

According to the premier, there is a 20% positivity rate for children meaning one in five kids age 13 and younger are testing positive for COVID-19.

Williams is set to give the announcement at 3 pm.