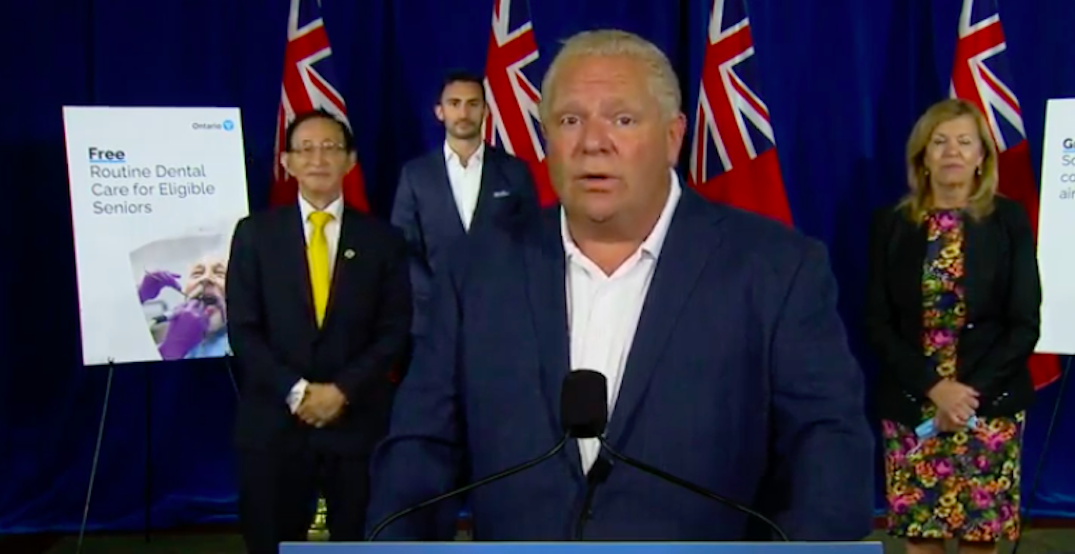 Instead of allowing more classes to be physically distanced, Ontario schools will need to combine or collapse some classes.

According to the Ontario trustee’s association, combined classes will occur despite there being fewer children in schools as some parents opt for their child to do online learning due to COVID-19. Class sizes will remain the same because school boards agreed to funding plans with the Ontario government.

Therefore, classes will be collapsed or split to reach the right government-approved levels in schools.

In response to this, Education Minister Stephen Lecce said that every single year there is time tabling, where school boards figure out how many children will be in class and how many staff will be needed.

“Because there is a remote option as well, time tabling is happening a bit earlier to have clarity if their kid will be in school or online,” Lecce said.

He added that teachers will be able to increase distancing in the classroom.

However, during the press conference, Ford was told that many schools are not able to do this and that classroom sizes can’t be distanced.

James Griffith, an Ontario teacher, showed that he has to “squeeze” in 34 desks, saying, “There’s no distancing. There’s no way it’s up to fire code.”

I managed to squeeze in 34 desks. There’s no distancing. There’s no way it’s up to fire code. But @fordnation @Sflecce say we have the “best plan in the country” and the “lowest class sizes”. Uh huh. #FireLecce pic.twitter.com/PqIHWWUeC4

Griffith also posted a photo of the school hallway, which is two metres wide, and said 1,200 students will be starting class in two weeks.