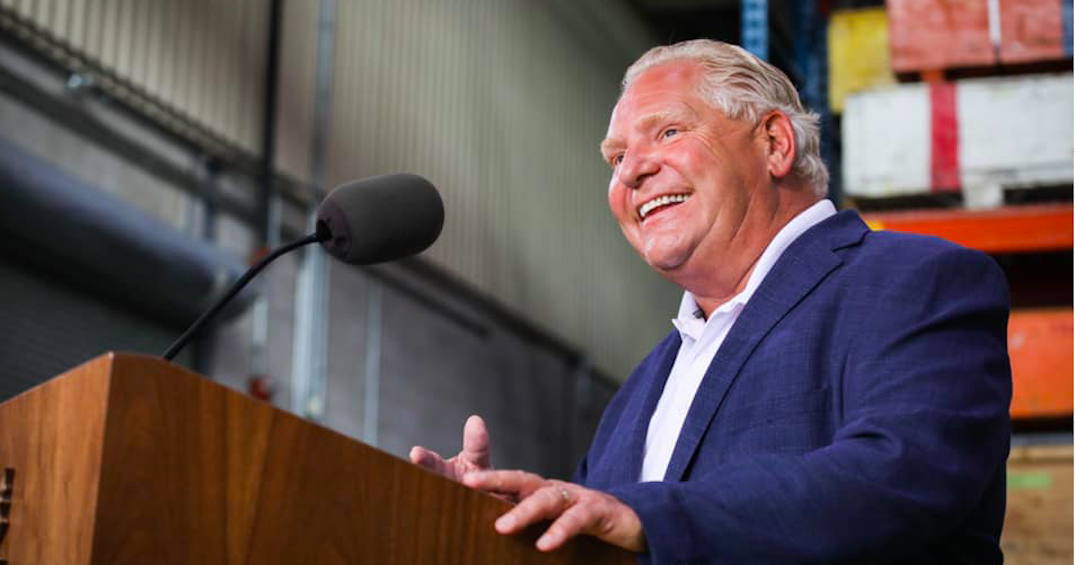 Doug Ford is the second most popular premier in Canada with his highest approval ratings happening during the COVID-19 pandemic.

A recent poll by the Angus Reid Institute shows that Ford has an approval rating of 66%, with his rating being particularly high in May at 69%.

There is a marked increased of his rating from February to May, as his response to the pandemic has won praise by residents, especially as there have been no surges in cases during Stage 3 of reopening.

“Premier Doug Ford has praised residents for their efforts in mitigating the virus. They in turn, are inclined to judge his job performance as praiseworthy as well, with 66 per cent voicing approval,” the report says. 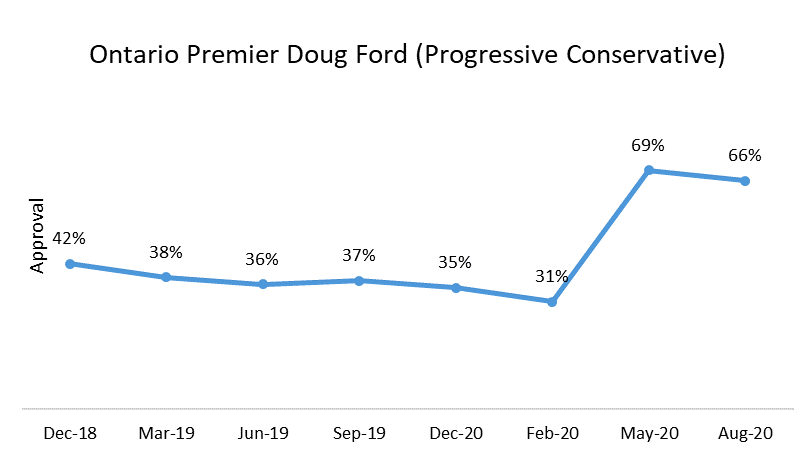 In first place is BC’s John Horgan with 69%, with speculation that a fall election may be called, the non-profit suggests.

And in third place is Quebec’s Francois Legault with 65%. Even though the province’s coronavirus numbers are the highest in the country, they have remained relatively low for the past two months.

“Notably, all three premiers have faced a mix of praise and criticism for their back-to-school plans, as province’s shift their attention to ensuring the safety of both children and their family and friends when classes resume next week.” 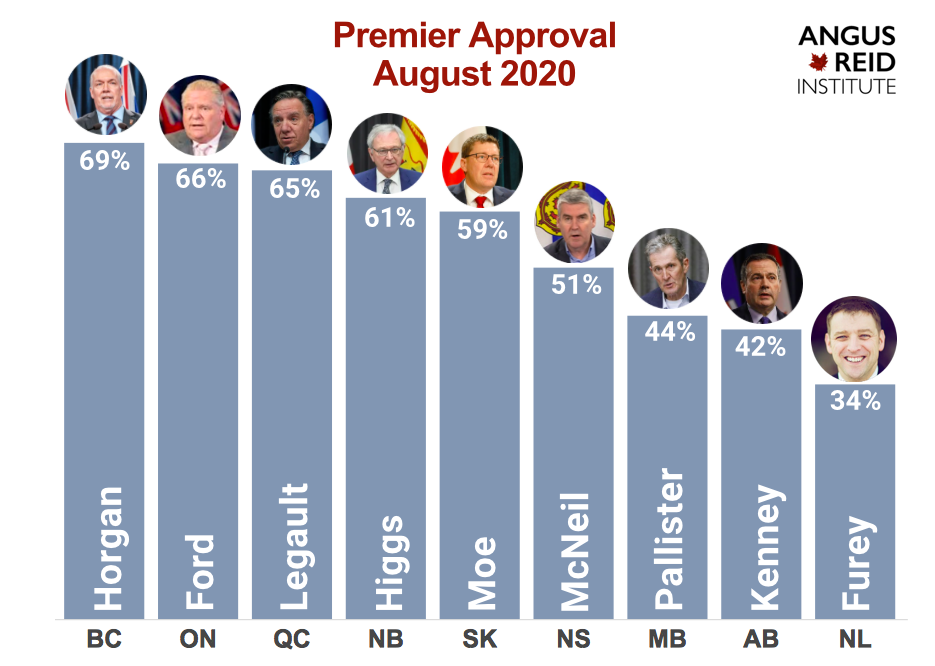 Alberta Premier Jason Kenney fell to the bottom, as residents have grown critical of his handling of the pandemic, with the province’s finances doing poorly from oil revenue drastically decreasing due to the economy.

And Newfoundland and Labrador’s Andrew Furey is in last place, as he is relatively new on the political scene and residents are unsure of how he’ll fare.