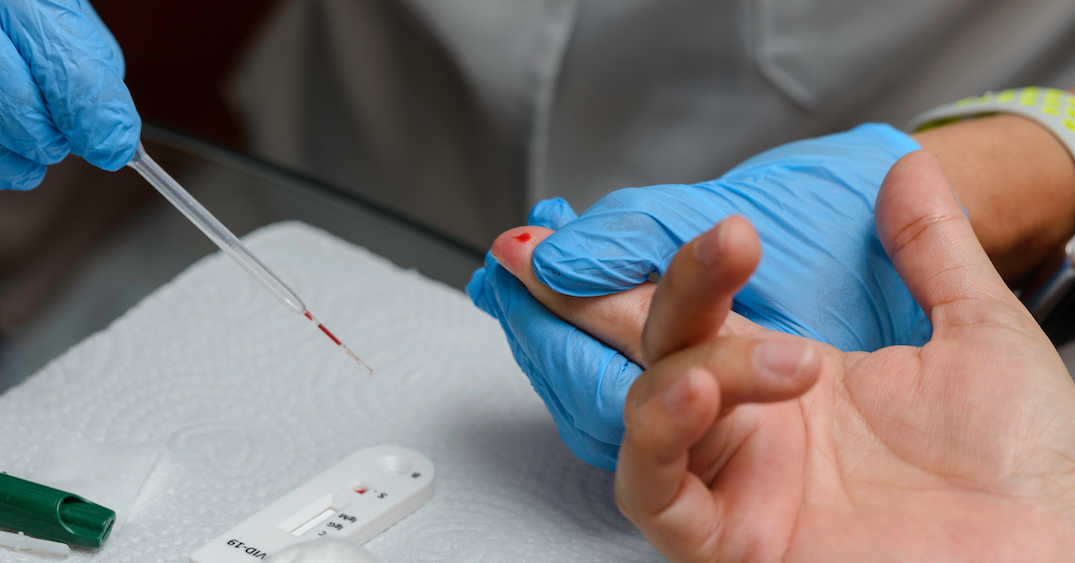 On Tuesday, Premier Doug Ford announced that the province has received 1.2 million Panbio rapid antigen tests that will support a screening program for long-term care homes and other workplaces.

To date, Panbio tests have been deployed to six long-term care operators for potential deployment in over 30 long-term care homes, 27 retirement homes, eight hospitals, and 11 industry partners such as Ontario Power Generation, Air Canada, and Magna.

Ontario is expecting to receive up to 1.5 million more Panbio tests by the end of December.

According to the province, over the following weeks, select long-term care homes will use the Abbott Panbio rapid antigen tests to help inform future deployment across the sector.

“Since day one of COVID-19, our top priority has been to protect the health and well-being of Ontarians, including long-term care residents,” said Merilee Fullerton, Minister of Long-Term Care, in a statement.

“These rapid tests can help long-term care homes get results immediately allowing them to act faster to prevent COVID-19 from entering the home.”

The province noted that the Panbio tests will also be used in an eight-week pilot program for employers in the private, public and non-profit sectors, prioritizing access for healthcare settings, essential frontline settings, and congregate settings.

“This pilot program is an important opportunity to learn about the value of antigen screening for asymptomatic workers in a range of workplace settings and will inform future decisions about safely and fully re-opening the economy,” the province release said.

So far, Ontario has received around 98,000 ID NOW tests that are initially being used in hospitals and assessment centres in rural and remote communities, as well as to test people as part of early outbreak investigations in hotspot regions where there are high concentrations of COVID-19 cases.

Two hospitals are using ID NOW, with 20 additional hospitals preparing to launch rapid testing. Hospitals will be able to test staff and patients who are either symptomatic or have been in close contact with someone who has COVID-19.

Since the pandemic began in March, the province has completed 5,984,776 tests. While the ford government has expanded daily testing to 50,000, numbers have been falling short of this for some weeks.