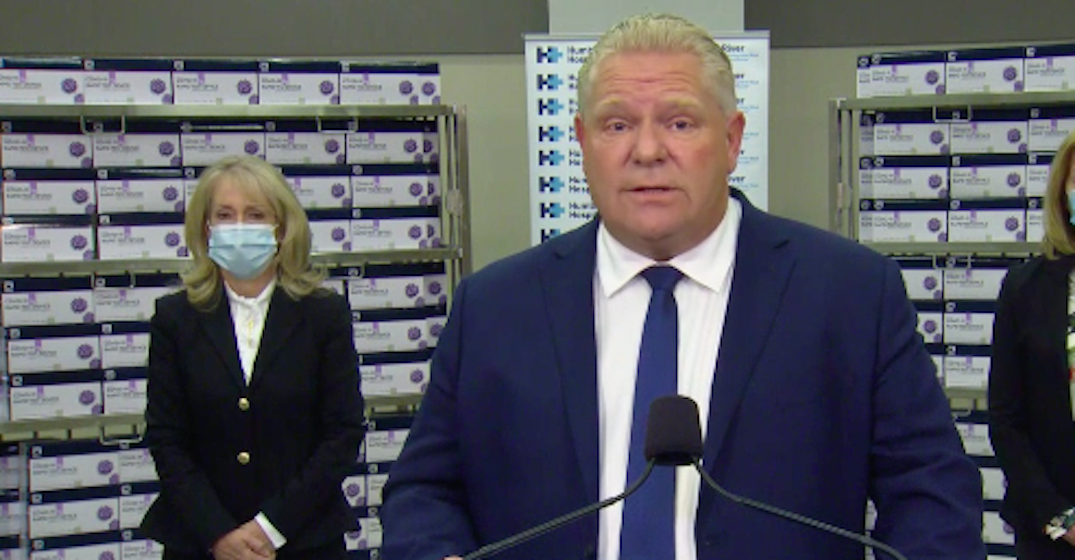 Premier Doug Ford said that it isn’t fair independent retailers need to close while larger stores remain open, but he defended the decision.

During a press conference on Tuesday, when asked about why Costco and Walmart can remain open but independent stores cannot, Ford said, “It’s not fair.”

“A lot of these things aren’t fair, but that’s what the health team put in front of us. Are you going to shut down every single second aisle at a Walmart or Costco? It’s just not possible. It’s frustrating. It’s the toughest thing. As a business owner, I hate closing down businesses, but I’ll always follow the medical advice and health advice.”

Dan Kelly, the CEO of the Canadian Federation of Independent Business (CFIB), said that Joe Fresh can remain open but an independent clothing store can’t, just as people can buy books at Costco but not from an independent bookseller.

“On what planet is this fair?” the CEO said on social media.

On what planet is this fair @fordnation?

On Monday, Ford responded to similar questions saying it would be a “logistical nightmare” to require large retailers to section off non-essential goods, as is the case under a similar order in Manitoba.

“I know this is not fair, and that’s why we put the additional $300 million into supporting small businesses and took care of their property taxes, their energy costs,” he said at the time.

Some of the new restrictions include reducing retail stores to only offer curbside pick-up or delivery; restaurants can only be open for pick-up, drive-through, and delivery. No indoor gatherings will be allowed except with members of the same household, and outdoor gatherings are limited to 10 people.