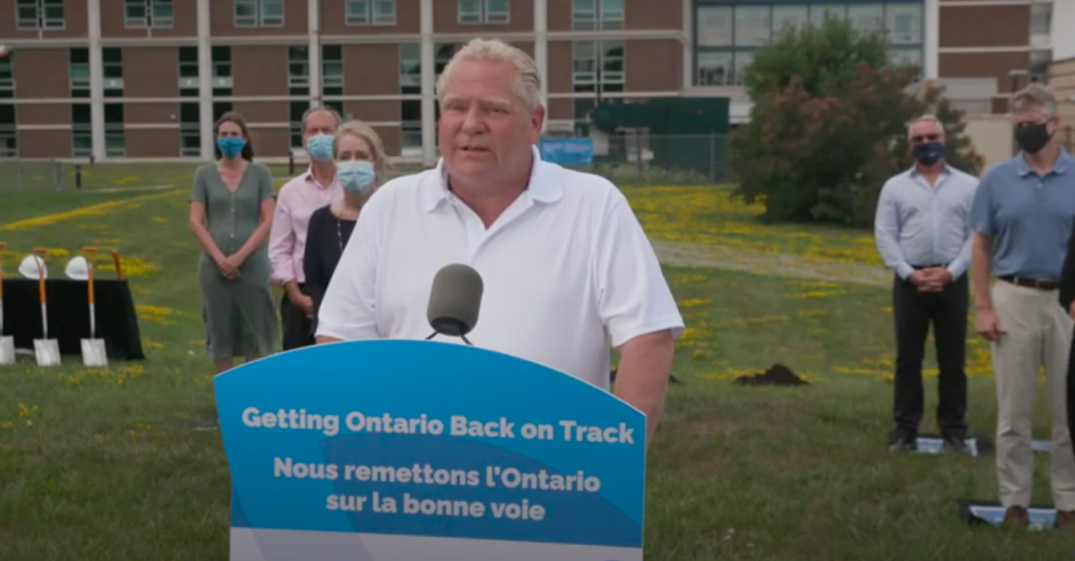 Ontario Premier Doug Ford appeared in Ajax on Tuesday to announce the creation of a large long-term care facility as part of the province’s Accelerated Build Pilot Program.

Ford was joined by his Minister of Long-Term Care, Dr. Merrilee Fullerton, as well as Ajax’s mayor, Shaun Collier, and Chair of the Lakeridge Health Board of Trustees Sharon Cochran.

“We are among the lowest in the province in terms of the number of beds,” Cochran said. “This announcement is really important to us, 320 long-term care beds.”

Built on the same property of Ajax Pickering Hospital by Lakeridge Health and Infrastructure Ontario, the province intends to have the new beds ready by 2021.

This is the second project announced as part of the pilot program, which was launched last week with the announcement of 640 new beds being built in Mississauga.

“Government after government failed to make the necessary investments in our long-term care homes and that ends now,” said Premier Ford in a release. “With our new modernized funding model and this innovative pilot program, we will get shovels in the ground faster on these critical projects and ensure more seniors get the quality care they deserve. I won’t rest until every senior in Ontario has a safe and comfortable place to call home.”

The pilot program is part of Ontario’s plan to create new long-term care beds across the province that will include air conditioning and private or semi-private rooms.

According to the province, between 2011 and 2018, there were 611 long-term care beds built across the province, less than one bed per home.

The announcement comes the day before the premier indicated that he would be giving more information about Toronto’s entry into Stage 3 of Ontario’s economic reopening.