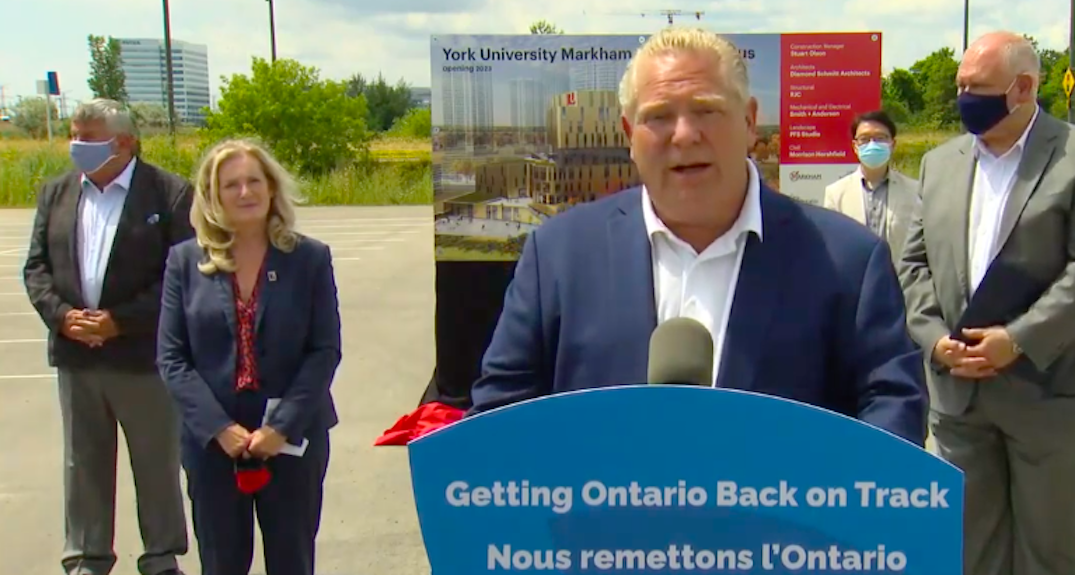 Ontario Premier Doug Ford said that the announcement on whether or not the remaining three Ontario regions can enter Stage 3 of reopening will be delayed next week.

The announcement typically would be on Monday, but the news will now come on Wednesday, July 29, for Toronto, Peel, and Windsor-Essex.

“The health officials have asked for a little more time to analyze the numbers, and as I’ve always said, we can’t rush this,” Ford said on Friday.

Ford said Wednesday’s announcement will include an update on Stage 3 status for the three other regions.

“I’m hopeful we’ll have good news to share for those regions on Stage 3.”

On Friday, Durham, Halton, Hamilton, Niagara, Haldimand-Norfolk, Sarnia-Lambton, and York regions joined the 24 other regions that entered the third and final stage on July 17.

And, groups of 50 can congregate indoors and 100 can meet outdoors.

Toronto has a seven-day moving average of 38 cases with the three regions still accounting for most of the province’s daily coronavirus case count.

Mayor John Tory sent a letter to the province asking for more enhanced restrictions for when bars and restaurants can reopen due to possible increase of cases.