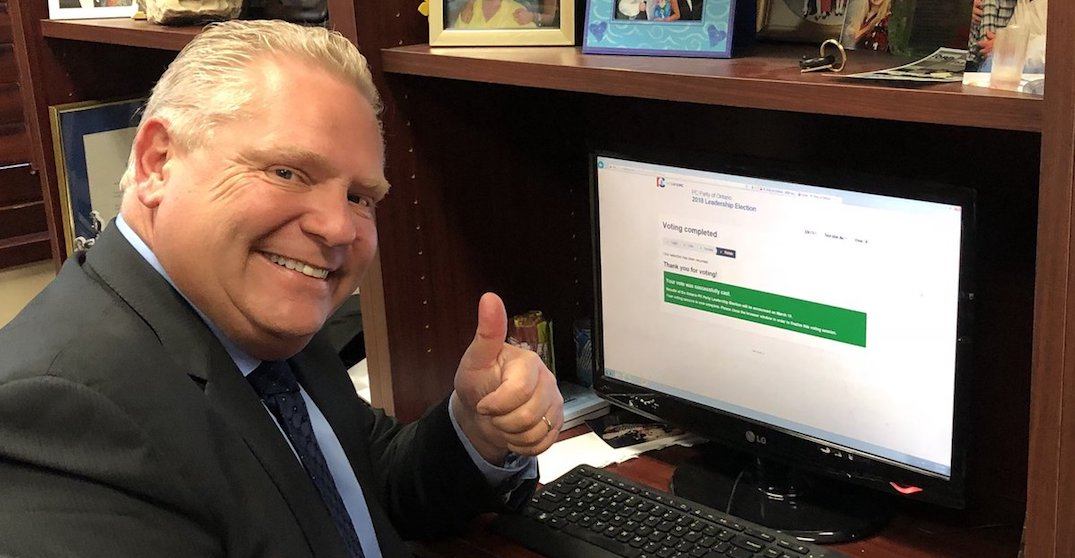 There’s a possibility that Ontario’s Progressive Conservative party will form a majority government, despite the fact that most voters disapprove of Doug Ford, according to a new poll.

The Forum Poll found that among Ontario voters, half (48%) disapprove of Ford as the leader of the Ontario PCs, while a third (36%) approve, and one-sixth (16%) said they don’t know.

“Doug Ford’s leadership of the Progressive Conservatives has polarized Ontarians, with half saying they are less likely to vote for the party in the next election,” said Dr. Lorne Bozinoff, President of Forum Research.

“However, four in ten would still vote for Ford’s Conservatives, more than enough to propel Ford into the Premier’s office, with a healthy majority. Despite the positive numbers for the Conservatives under Ford, it seems that Ontarians are not so much accepting Doug Ford and his leadership, as they are rejecting the other alternatives.”

Ford replaces Patrick Brown as leader after he abruptly resigned in late-January amid sexual misconduct allegations, which he continues to deny.

The brother of the late Rob Ford will now lead the Ontario PC Party in their bid to unseat Liberal Premier Kathleen Wynne in the provincial election on June 7.