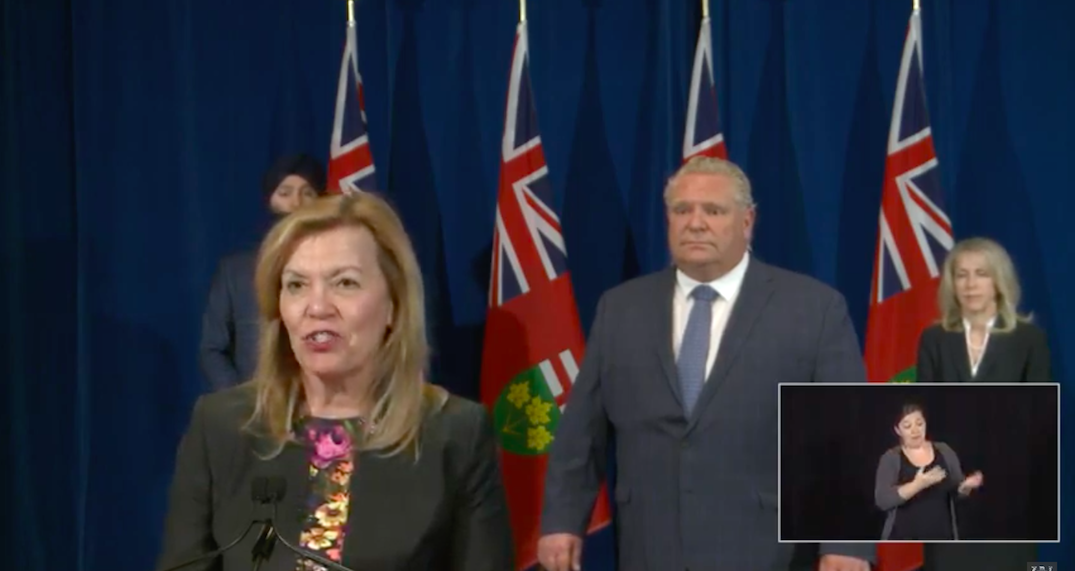 Ontario’s Minister of Health, Christine Elliot said that the province is “reluctant” to move forward on lifting the ban allowing more than five people to gather, due to the increase of new COVID-19 cases and the recent gatherings of crowds, like those seen in Trinity Bellwoods Park on Saturday.

“The number of people coming down with COVID in the last few days, along with the weekend seeing large groups of people in parks like at Trinity Bellwoods, make us reluctant to move forward with that measure,” Elliot said on Monday, during the daily press conferences at Queen’s Park.

While Elliot said she is still looking into the restriction with the Chief Medical Officer Dr. David Williams, coronavirus numbers in the province will have to show a more steady decline.

“We’ll have to wait to see the numbers come down first,” she said.

The Minister of Health added that there is still a “concern” with groups gathering that are too large and have had to “push back” considering lifting the restriction on the more than five person ban.

Elliot also said that the rise in new coronavirus cases in Ontario is likely from a week prior with Mother’s Day events when families gathering on the holiday, when they should have been distancing.

On Monday, 404 cases were confirmed, marking the fifth day in a row of over 400 new COVID-19 patients.

However, the new numbers this week will be based on the opening of the economy which began on May 19.

“Dr. Williams and I will be very interested in the numbers. If they continue to increase, we will stay paused and try to understand why they’re increasing.”

If numbers are increasing due to the reopening of the economy then Elliot said they will take action and not move forward with lifting the ban or introducing new openings.

Elliot also addressed peoples’ anxiety to have more open, like restaurants, but said the province must do so “responsibly.”

“Physical distancing is still vitally important for us to move the economy forward. If you want to go to the parks, we’re not telling you not to, but we’re asking that you maintain social distancing,” Elliot said.

She added that in families of five or more people living together, all adults should go get tested if one shows any symptoms, in order to contain the spread.

Premier Doug Ford also addressed the gatherings of crowds at Trinity Bellwoods Park during the press conference, saying he is “disappointed” with the thousands of Toronto residents that gathered in the park telling them to get tested for COVID-19.

Ford said, “Do us all a favour and get tested now.”

He added that anyone in large gatherings, like those seen at the park in Toronto should go and get tested for the virus.

“That’s what I would recommend.”

The premier added that “hopefully this will not happen again” and urged the park-goers to think of their families before gathering in large crowds.

“These are smart young people. Weren’t they thinking of their family when they went there?”

However, Ford said that the incident on Saturday does not reflect on the entire city.

“Around 99.9% of the people are phenomenal,” Ford said. ” An odd group that misbehaves does not reflect the City of Toronto. They’ve been great.”