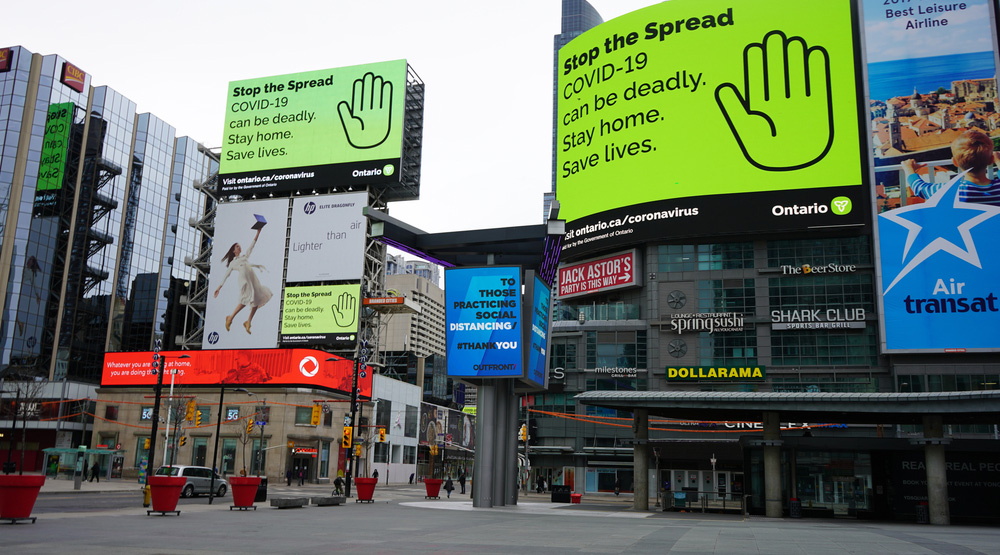 This is a small jump from Wednesday’s low of 76 new cases, the lowest reported figure since the end of March. The city also saw 111 cases on Tuesday, and an additional 119 cases on Monday.

“For the second day in a row, Ontario is reporting fewer than 100 new cases of #COVID19, with 89 new cases, a 0.2% increase,” Deputy Premier Christine Elliot said on Twitter. Adding that the province processed over 27,600 tests yesterday.

For the second day in a row, Ontario is reporting fewer than 100 new cases of #COVID19, with 89 new cases, a 0.2% increase. Locally, 28 of the province’s 34 public health units are reporting five or fewer cases, with 17 of them reporting no new cases.

Currently, 28 of the province’s 34 public health units are reporting five or fewer cases, with 17 of them reporting no new cases.

In its long-term care homes, two more residents have contracted the virus, along with six members of staff, though there have been no new deaths in either category.

The numbers follow an announcement from the province on Wednesday that Toronto and Peel regions would be entering Stage 3 of the economic reopening.

According to a release, additional businesses and public spaces will be reopening as the province allows both regions to move into Stage 3 of reopening the province on Friday, July 31 at 12:01 am.

This decision was made in consultation with the Chief Medical Officer of Health and local medical officers of health and is based on positive local trends of key public health indicators, including lower transmission of COVID-19, ongoing hospital capacity, public health capacity to conduct rapid case and contact management, and a significant increase in testing.

“While more restaurants, theatres and businesses can hang up their Open for Business sign, we’re asking everyone to follow public health advice and act responsibly,” said Premier Doug Ford in the release.

“We have made tremendous progress that allows us to return to something a little closer to our normal lives this summer, but we are not out of the woods yet. This virus is still among us and we have to be extra cautious to avoid sparking a surge or an outbreak. I strongly urge everyone to continue following public health protocols.”

For regions in Stage 3, gathering limits will increase to a maximum of 50 people indoors and a maximum of 100 people outdoors, with physical distancing in place.

Proposals from the City of Toronto and Toronto Public Health, if adopted, would further limit close contact and interaction in restaurants, bars, and other food or drink establishments. This includes further restrictions on movement/seating and maintaining client logs to support case and contact tracing and limit the spread of the virus, according to the province.