The Province of Ontario confirmed two more COVID-19 related deaths and 165 new cases of the illness on Friday morning.

According to Minister of Health Christine Elliot, locally 31 of the province’s 34 public health units — every unit except Toronto, Peel, and York — are reporting five or fewer cases, with 14 of them reporting no new cases at all.

Today, Ontario is reporting 165 new cases of #COVID19, a 0.5% increase. Locally, 31 of the province’s 34 public health units—every unit except Toronto, Peel and York—are reporting five or fewer cases, with 14 of them reporting no new cases at all.

She added that with 179 more resolved, there are 14 fewer active known cases in Ontario.

The Province also completed over 24,000 tests from the previous day.

There has been a total of 35,535 confirmed cases in Ontario to date, with 30,909 resolved, and a total of 2,682 coronavirus deaths, according to the Province.

In long-term care homes, there have been 5,508 reported cases with 1,712 deaths among residents. 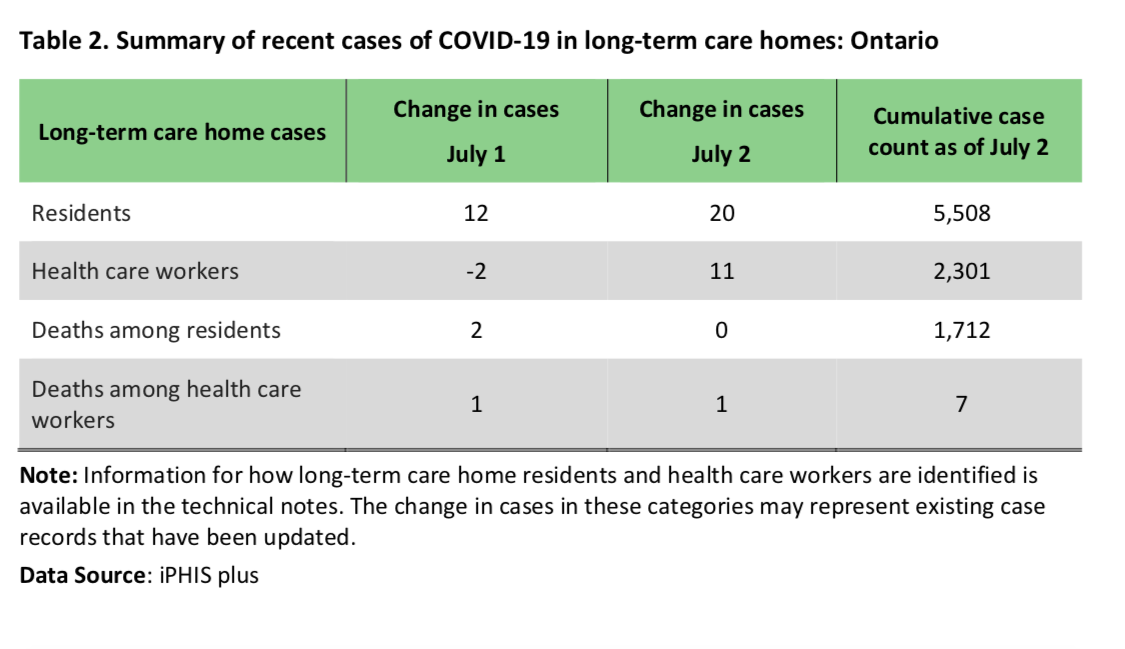