The Province of Ontario confirmed 149 new known cases of COVID-19 on Wednesday, and 153 on Thursday, after not reporting on Canada Day.

The numbers are slightly less than Tuesday’s 157.

According to Minister of Health Christine Elliott, across both days, there are an additional 386 resolved, resulting in 84 fewer active cases.

After a brief Canada Day hiatus, daily #COVID19 reporting is back. Yesterday, Ontario added 149 cases of #COVID19. Today, the province is reporting 153 new cases. Across both days, there are an additional 386 resolved, meaning 84 fewer active cases.

And on Thursday, 29 of Ontario’s 34 public health units are reporting five or fewer cases, with fully 23 of them reporting no new cases at all.

She added that over the past two days, the province has processed over 50,000 tests as the province nears the 1.5 million mark for total tests processed since the start of the pandemic.

The province says there has been a total of 35,370 confirmed cases in Ontario to date, with 30,730 resolved. To date, there have been 2,680 coronavirus deaths.

In long-term care homes, there have been 5,488 reported cases with 1,712 deaths among residents. 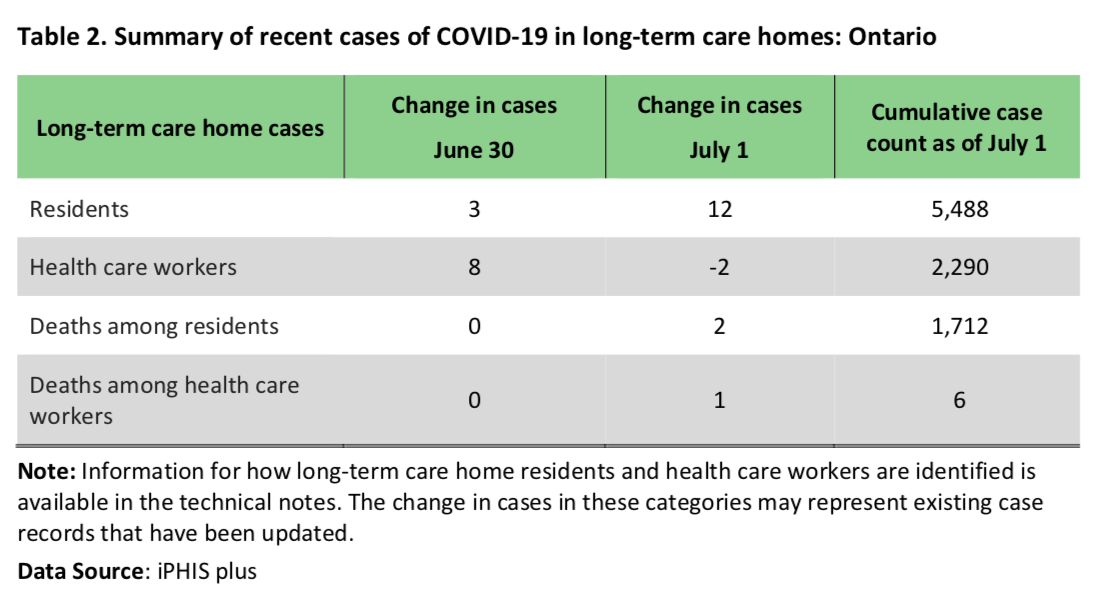