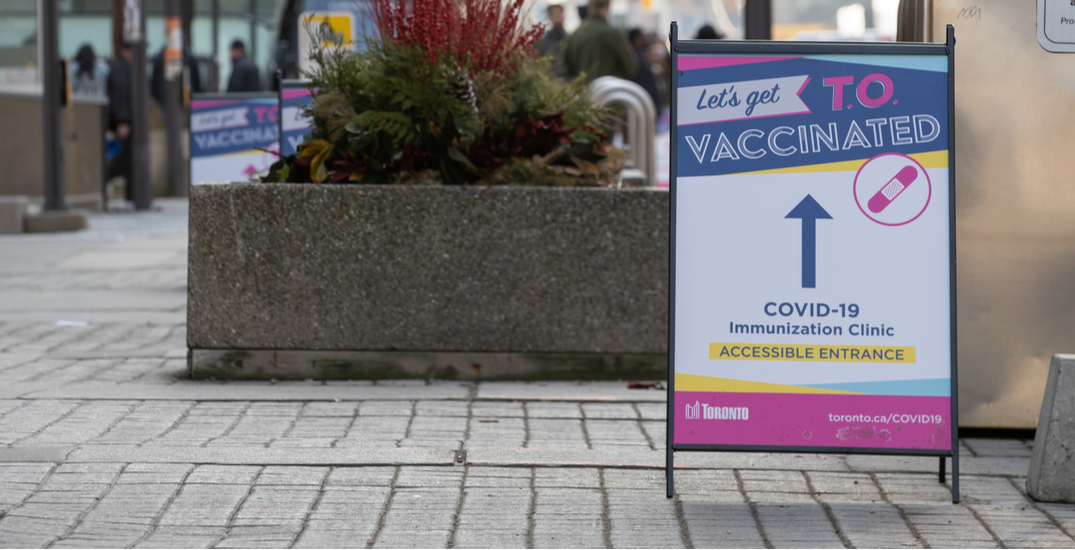 Ontario will announce the expansion of booster dose eligibility to more age groups “within the next few days,” Minister of Health Christine Elliott said at a press conference on Wednesday.

Additional COVID-19 restrictions may also be coming to the province in light of rising case numbers and the Omicron variant. When asked about new measures and introducing arrival-testing for US travellers, Premier Doug Ford told reporters that it’s being considered.

“That’s a conversation we’ll continue to have right up to today and tomorrow, and then we’ll make that decision,” he said. “But we were going to be super cautious. Everything’s on the table right now.”

He added that it is federal jurisdiction, but that he wants to err on the side of caution.

“It doesn’t take much to get a test at the airport,” he said.

Ford’s comments hint at an announcement on COVID-19 restrictions late this week or early next week.

Ontario’s chief medical officer of health told reporters on Monday that he would be presenting the government with “enhanced” COVID-19 strategies. These strategies include, but are not limited to, expanding third dose eligibility, Dr. Kieran Moore said.

“I would anticipate an announcement by the end of this week on an enhanced strategy to best protect Ontarians,” Dr. Moore said on Monday.

Health Minister Christine Elliott told reporters that the province has given out first doses to more than 100,000 children aged five to 11 in the last 10 days.