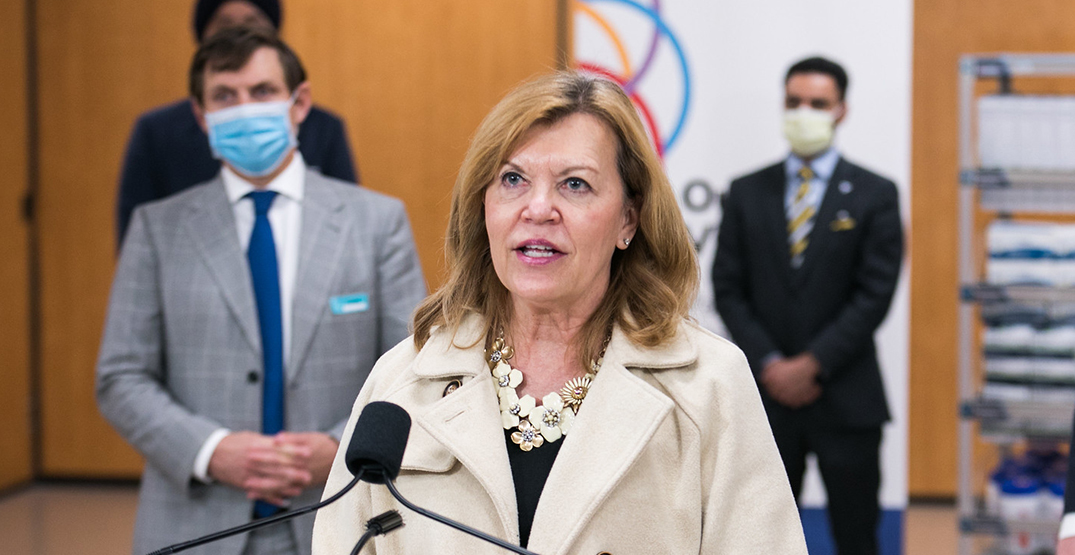 Ontario is planning on ramping up third doses of the COVID-19 vaccine in the province, the chief medical officer of health said on Monday.

In light of case numbers in the province on the rise and a new variant on the horizon, experts are weighing the benefits of expanding the eligibility of booster doses to more age groups.

“You can anticipate the acceleration of our third dose strategy,” Dr. Kieran Moore, chief medical officer of health in Ontario, said at a press conference on Monday.

He said that he would be presenting officials with a third dose plan and other strategies this week.

Health Minister Christine Elliott confirmed that more news about third doses would be coming out later this week.

Currently, only select populations at high risk of severe disease are eligible for a booster dose. The province initially planned to expand booster dose eligibility to the general population in 2022. People must wait six months between their second dose and a booster dose. 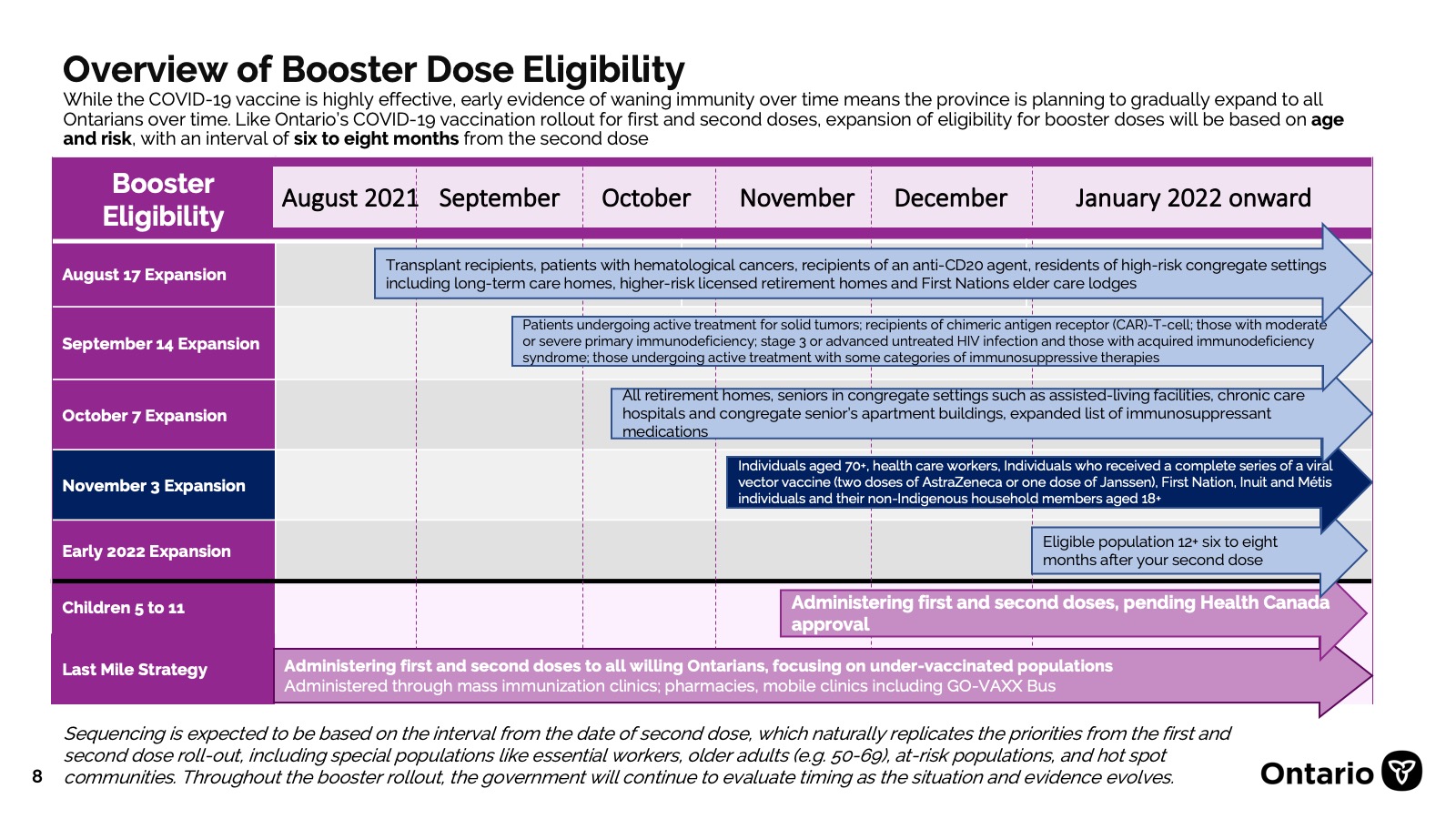 The news comes as four Omicron cases have now been identified in recent travellers. The four cases are based in Ottawa. The province is monitoring another 375 people who have travelled from southern African regions in the last two weeks.

Omicron first made headlines around the world last week as scientists in South Africa detected the new variant. It is heavily mutated, but it is not yet confirmed if the variant is more transmissible or if it can evade the body’s immune response.

Dr. Moore told reporters on Monday that ramping up third doses is to target the Delta variant, which is responsible for 99% of COVID-19 cases in Ontario.

“To be clear, we don’t know the effectiveness of this vaccine against the Omicron variant,” he said.

Ontario is expected to make an announcement about additional COVID-19-related strategies this week.

“I would anticipate an announcement by the end of this week on an enhanced strategy to best protect Ontarians,” said Dr. Moore.

He added that third doses would be one of those strategies.