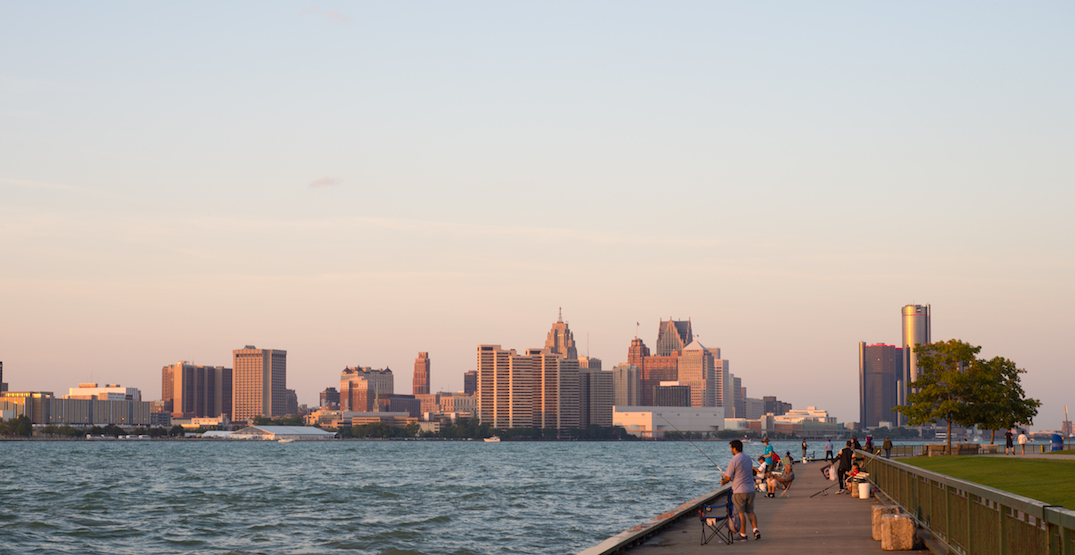 Toronto’s housing market has priced out an increasing number of home buyers, but thankfully Ontario has many other cities, and a lot of them are much more affordable.

A new report from Zolo has found the most affordable cities in Ontario, ranging from big cities with more than 100,000 residents to much smaller cities with less than 30,000.

To determine the level of affordability, Zolo gave each city a score based on its average home price, population, average household income, home price-to-income ratio, and average unemployment rate.

When it came to big cities, Windsor took the top spot as the most affordable in the province, with an average home price of $534,000 and an average household income of $82,840.

London, Barrie, Kanata, and Guelph came next on the list. Hamilton, despite its real estate boom in recent years, still ranked as the sixth most affordable large city in the province. 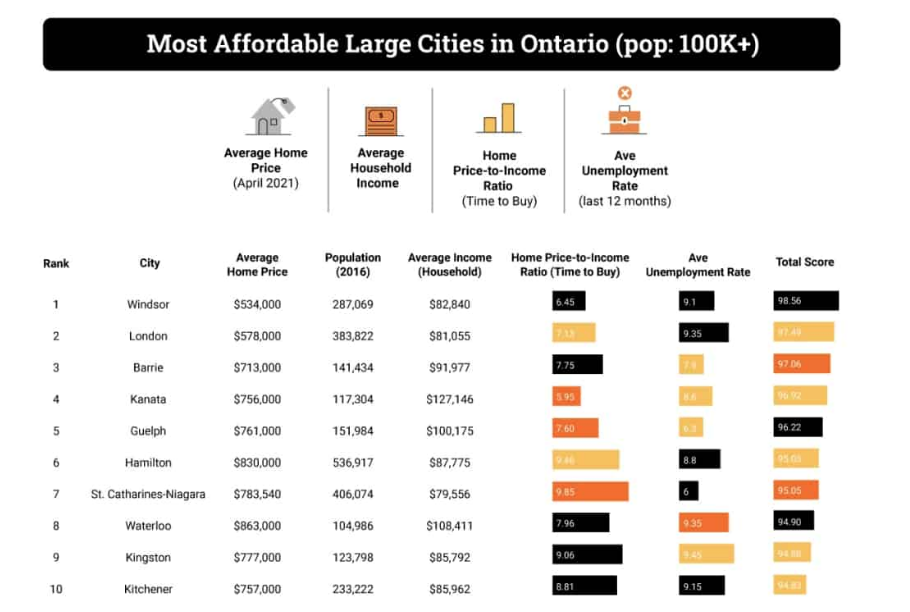 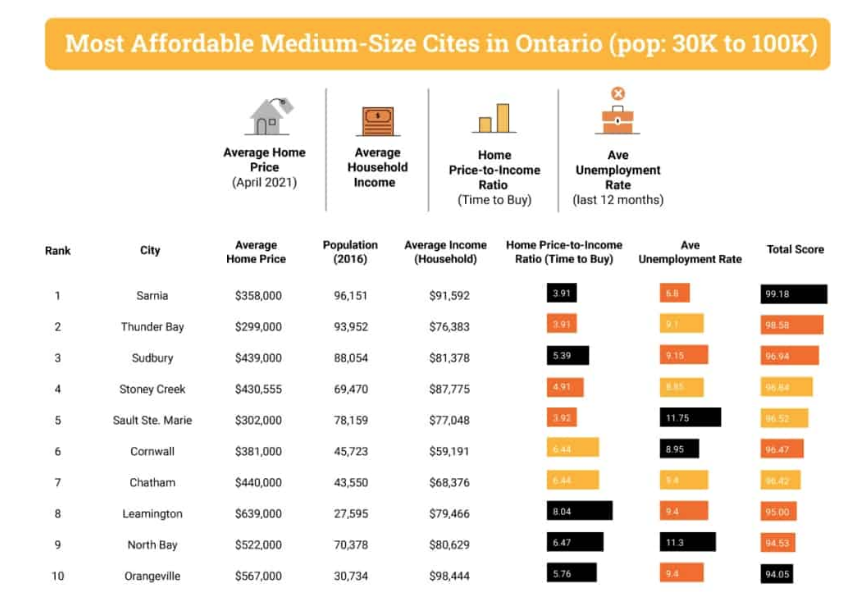 Ontario’s small cities — those with populations under 30,000 — had some jaw-dropping low average home prices. In Deep River, a city of only 3,658 people nestled along the Ottawa River, the average home price is just $217,000. Residents there also have an average household income of $100,343.

Rainy River, in second place, is a border town in Ontario’s most western part. Just across the water from Minnesota, it has prices that might make your eyes pop. The city’s 807 residents pay an average of just $10,000 for homes, according to Zolo. 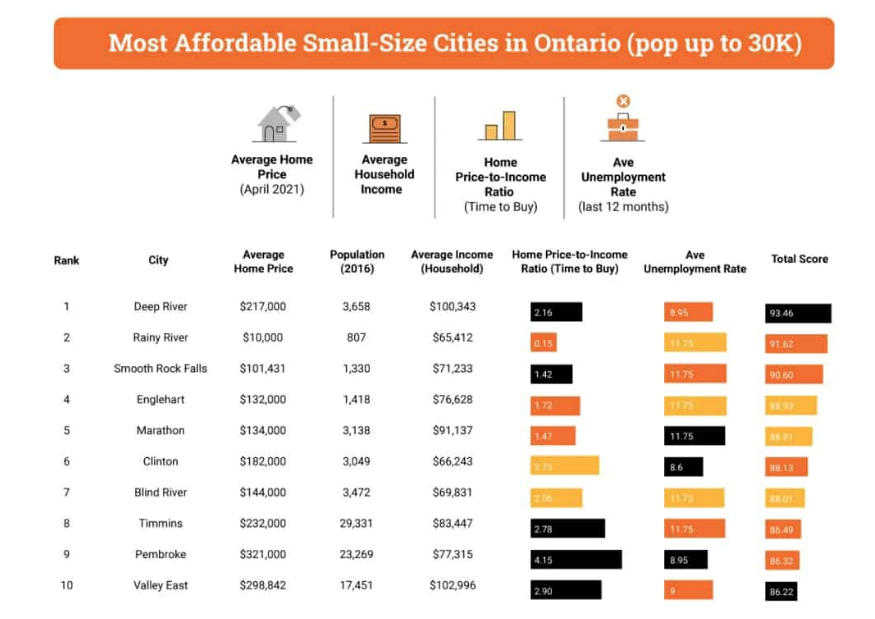 Smooth Rock Falls, Englehart, and Marathon round out the top five, all with average home prices falling under $135,000.

With real estate prices in the GTA becoming frustratingly high, it makes packing it up and moving to a town where you can buy a house under $100,000 all the more enticing.