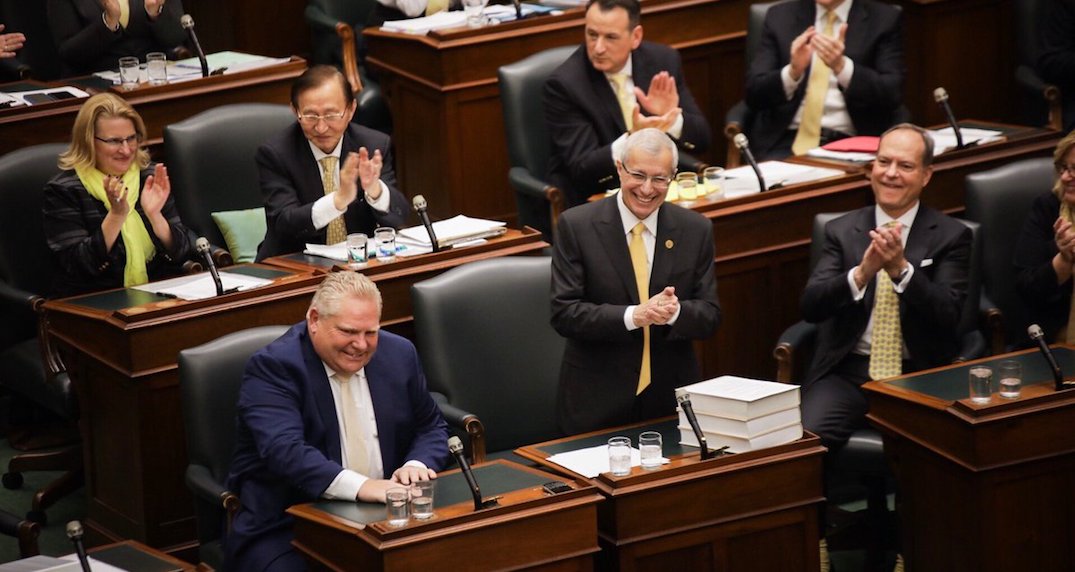 The Ontario Government has introduced a low-income tax credit as part of Thursday’s 2018 Economic Outlook and Fiscal Review.

The review, which was presented by Minister of Finance Vic Fedeli, outlines Doug Ford’s government’s plan for 2018-2019, and is projecting a deficit of $14.5 billion. The province said this is $0.5 billion less than the deficit from the previous Liberal government.

According to a provincial release, Ontario saved $3.2 billion, or about 2%, “in program expenses by reducing spending — while not reducing front-line services.” This includes cancelling the cap-and-trade carbon tax.

“The previous government spent well beyond its means, creating a structural deficit that is unsustainable,” said Fedeli in a statement. “Doing nothing is not an option — we need to spend smarter and reinvent government.”

And the Province is now proposing what it’s calling “one of the most generous Ontario tax cuts for low-income workers in a generation.”

“The vast majority of low-income workers would pay no Ontario Personal Income Tax at all,” it says.

The Low-income Individuals and Families Tax (LIFT) Credit would benefit 1.1 million people across the province, and it would provide low-income and minimum wage workers up to $850 in Ontario Personal Income Tax relief and couples up to $1,700.

With this, a single person who works full time at minimum wage (earning nearly $30,000) would pay no Ontario Personal Income Tax. Tax relief would be gradually reduced for taxpayers with individual incomes greater than $30,000, and family incomes greater than $60,000, according to the province.

The tax credit would be effective January 1, 2019.

In its plan today, the provincial government also announced the LCBO will soon be open from 9 am to 11 pm, seven days a week.