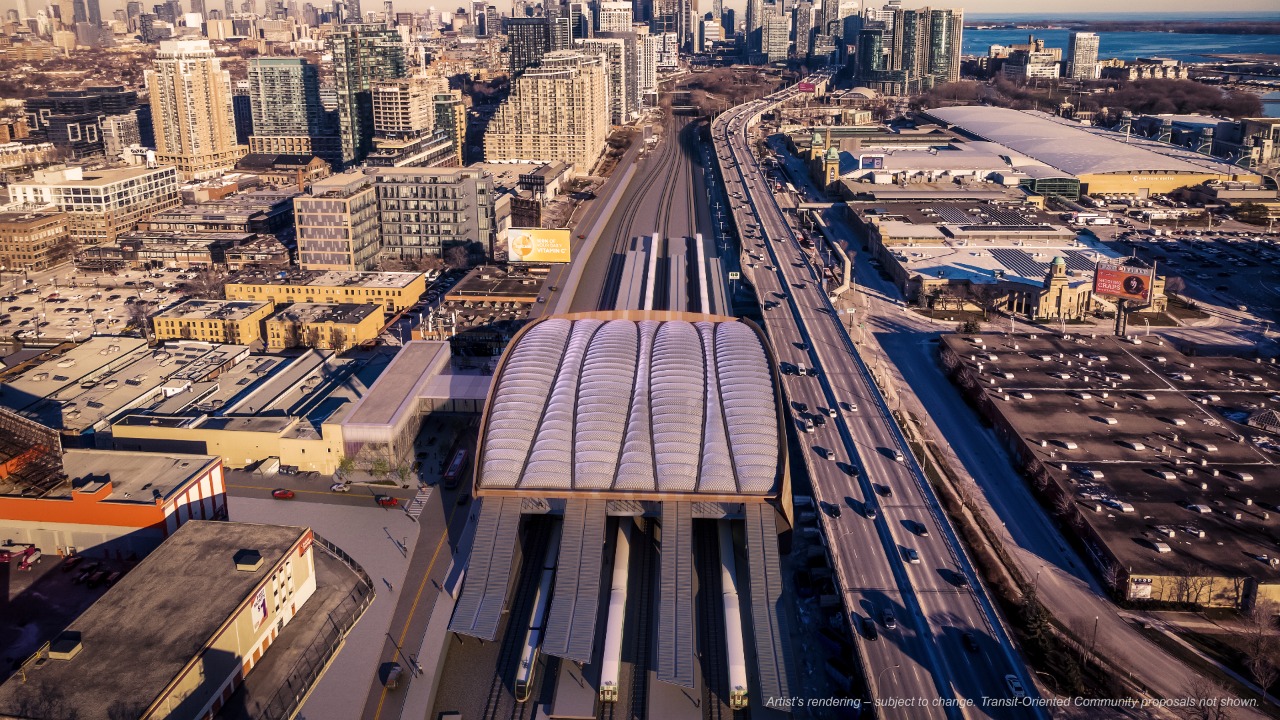 On Sunday, Premier Doug Ford and Toronto Mayor John Tory broke ground on a major transit line in the province.

The Ontario Line will extend from Exhibition Place to the Ontario Science Centre. Initial renderings provide a glimpse of what subway stations to come will look like.

On Sunday, the province broke ground on the Exhibition Place station. Renderings show that the station will look pretty futuristic, wood panelling and all. 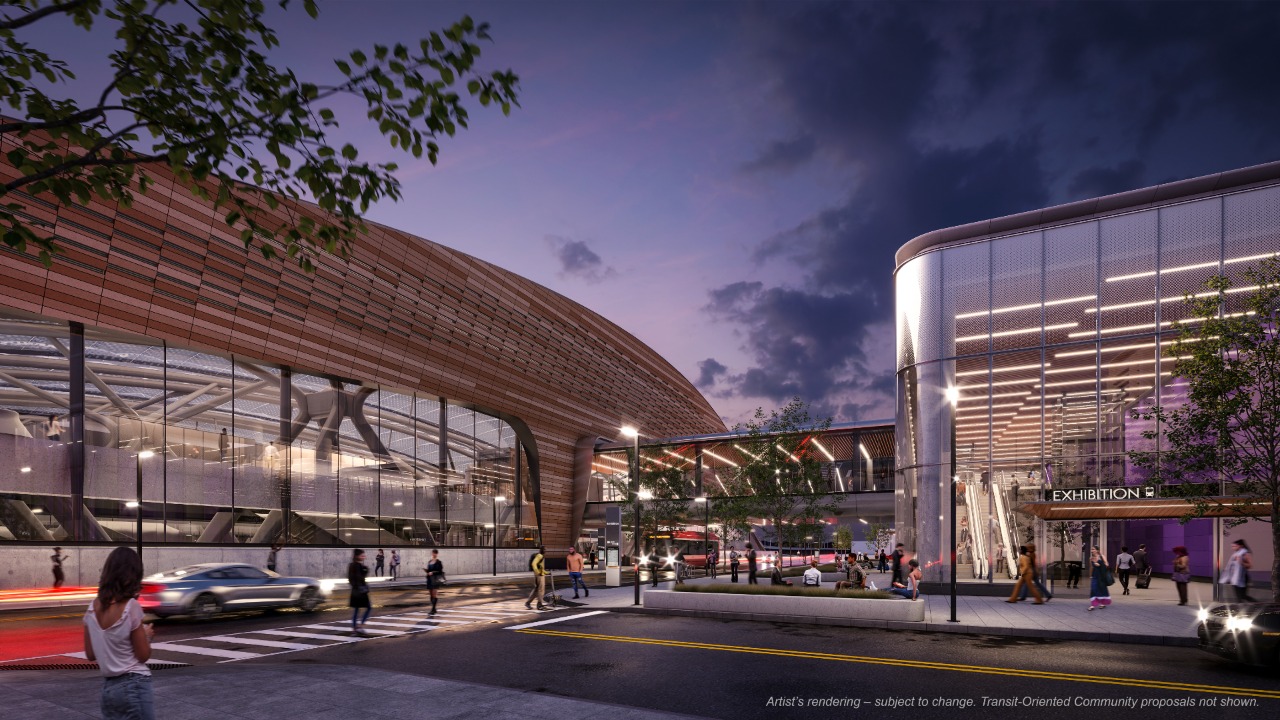 An aerial view of the station provides more detail of just what the station is expected to look like. The new subway line will bring riders from Exhibition Station to the Ontario Science Centre in as little as 30 minutes.

In total, the line will bring 14 new subway stations to Toronto and will make commuting in the GTA faster. 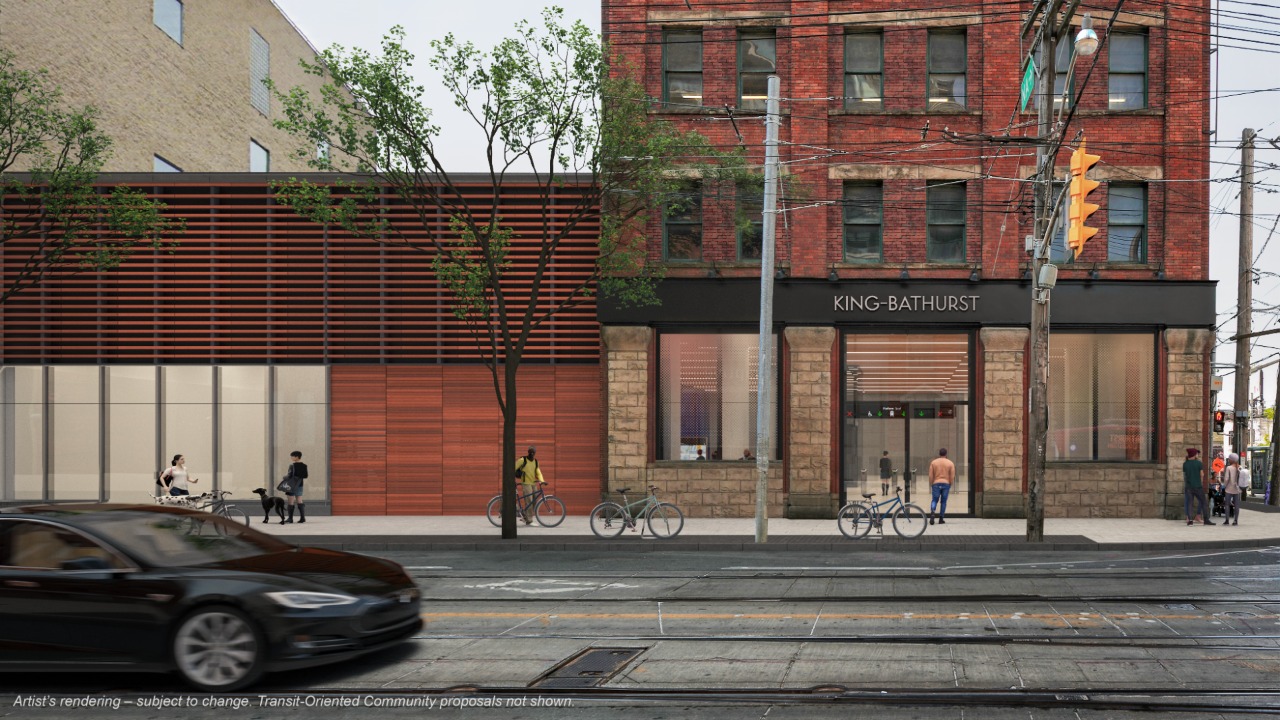 The new subway line is expected to alleviate up to 15% of crowding on TTC Line 1 during peak hours. 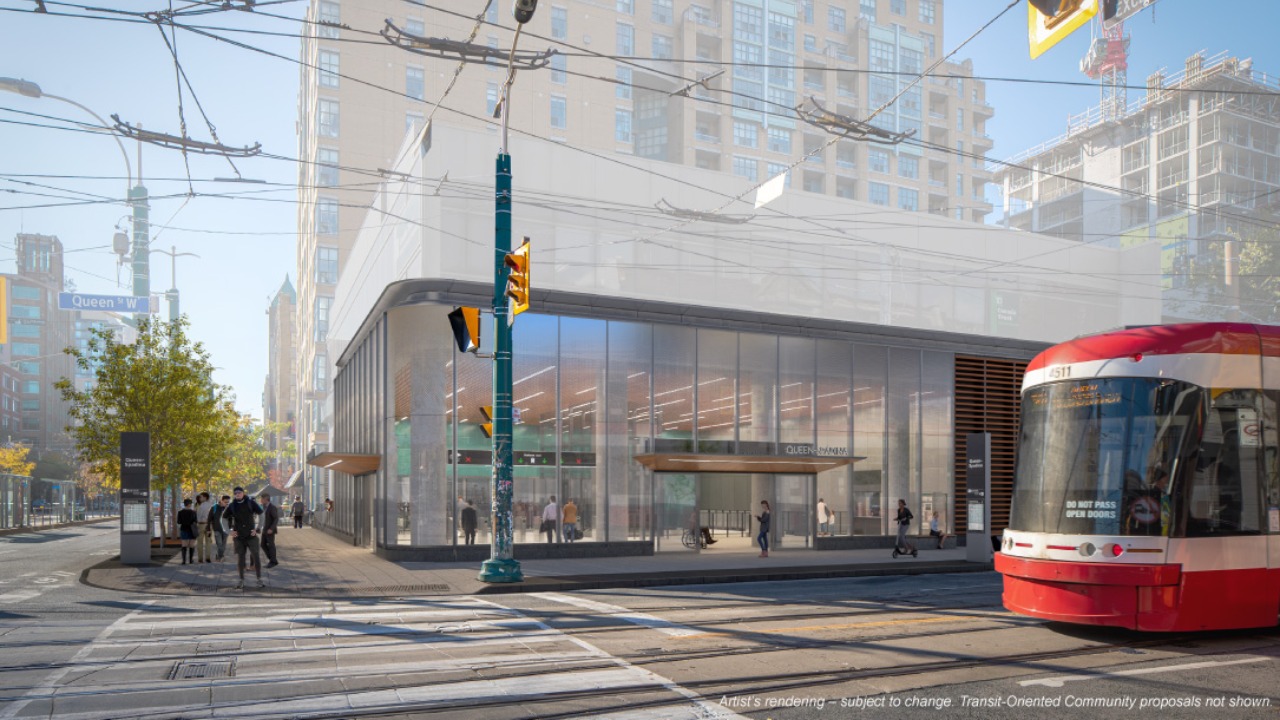 Some existing stations will see upgrades as part of the Ontario Line. Osgoode Station looks like it will have major work done as the line is constructed. 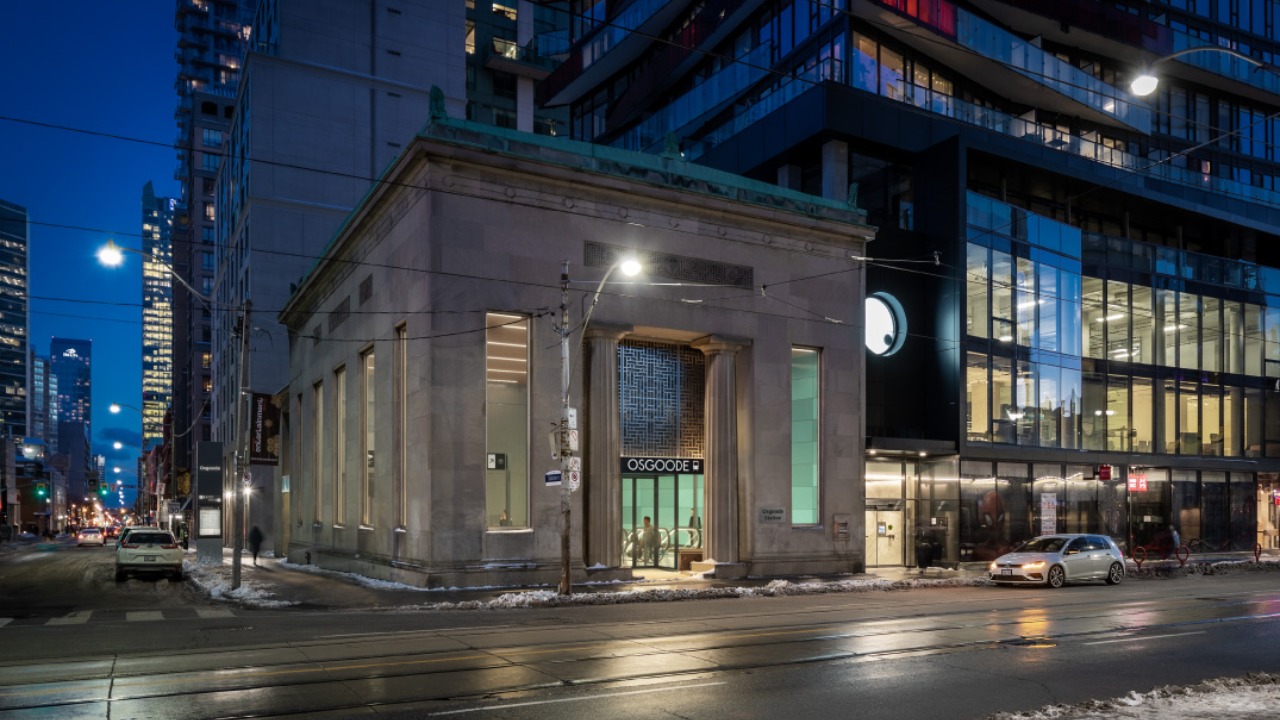 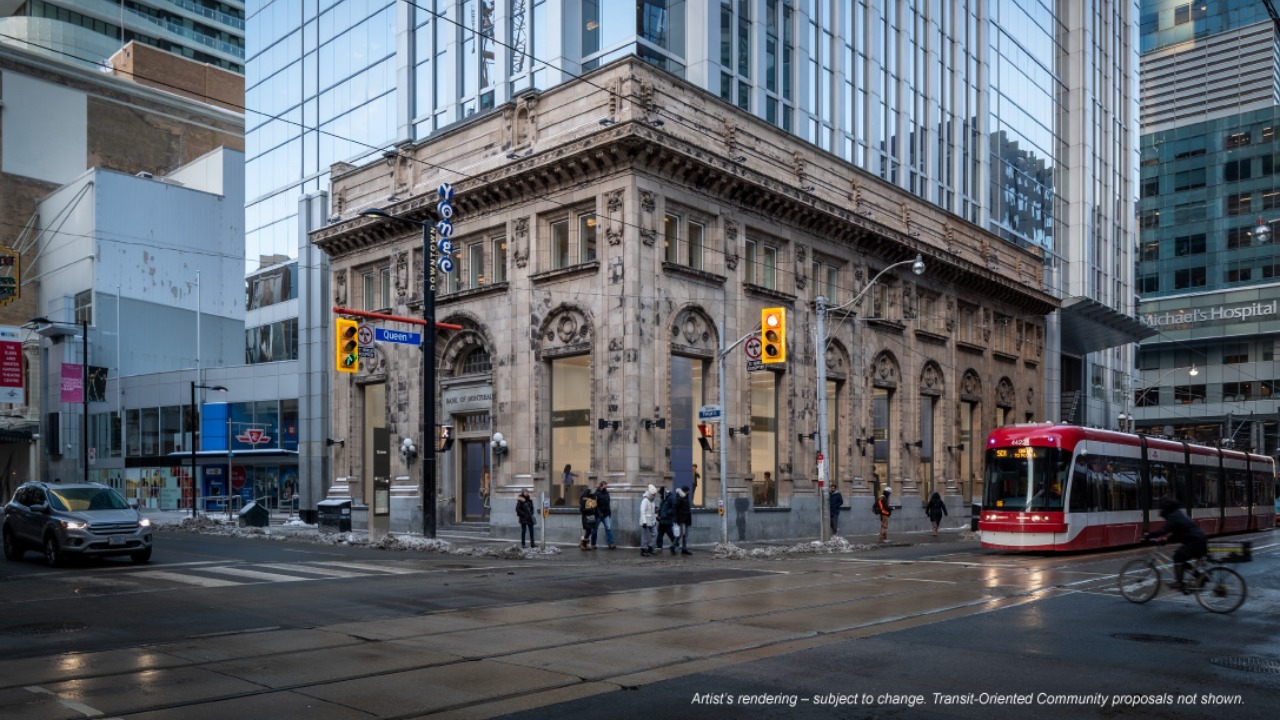 The line will bring a new subway station to Moss Park. The Ontario Line’s new stations all boast huge windows, and the Moss Park station is no exception. 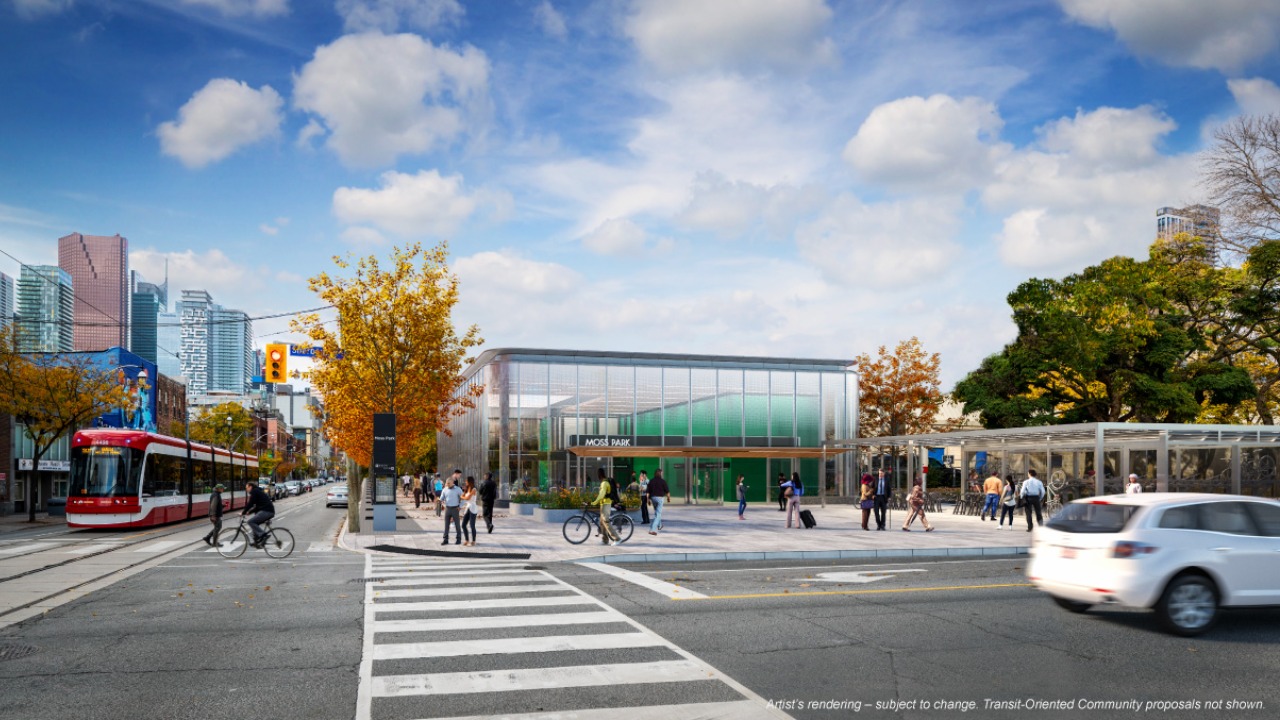 The line will connect more neighbourhoods to the subway system, like Corktown, Leslieville and more. 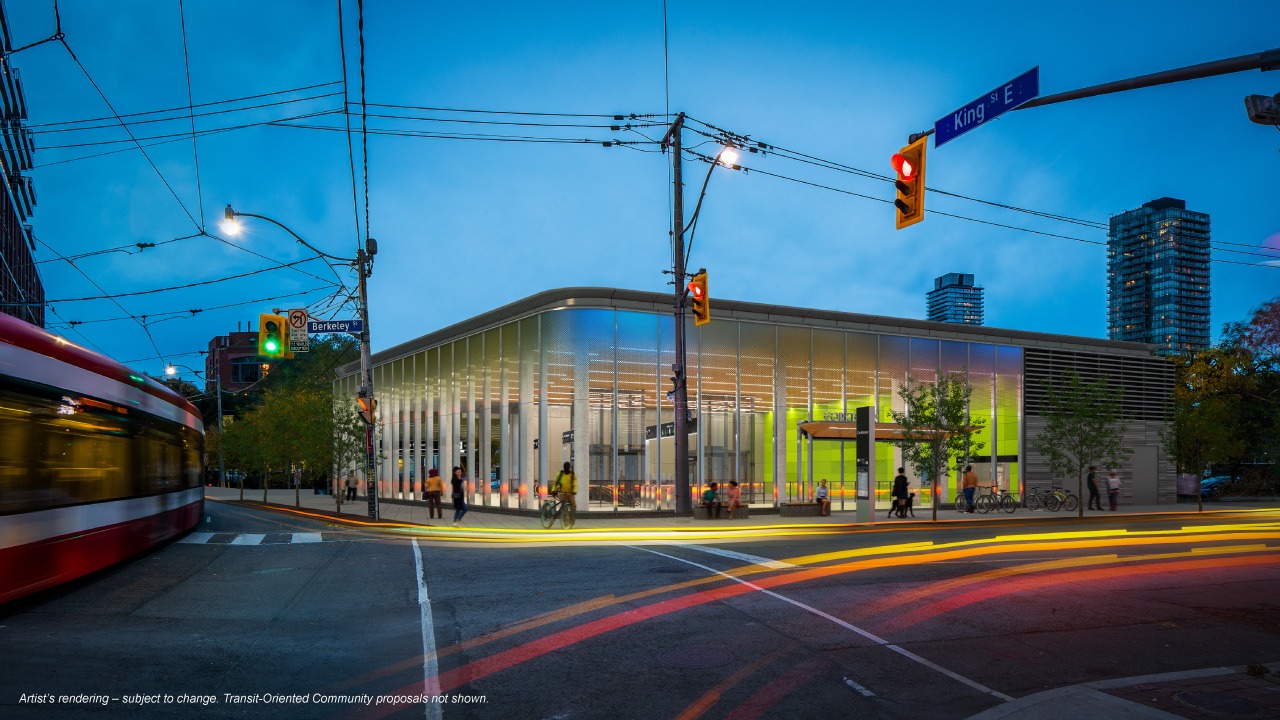 While ground has been broken, it’ll still be a number of years before things are operational. The Ontario Line isn’t expected to be completed until 2030. 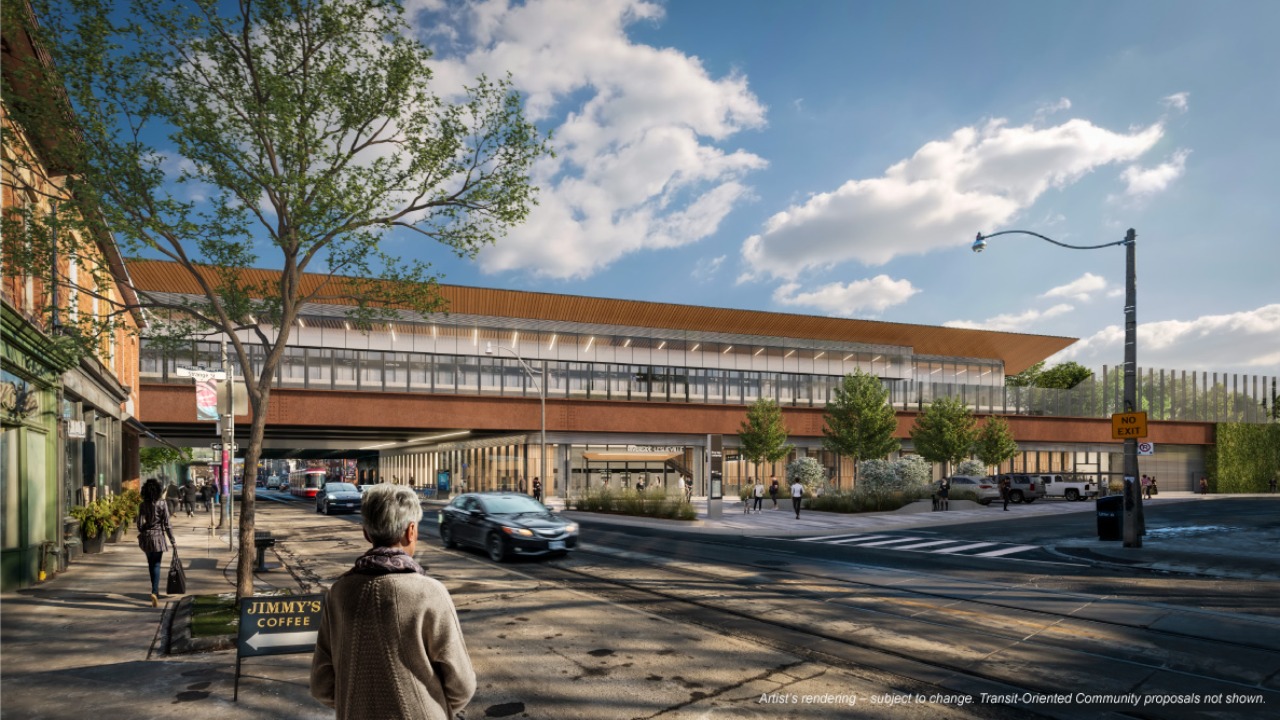 Not only will the new line establish more stations in the city, but it will also connect more than 40 transit lines in an effort to make commuting easier. 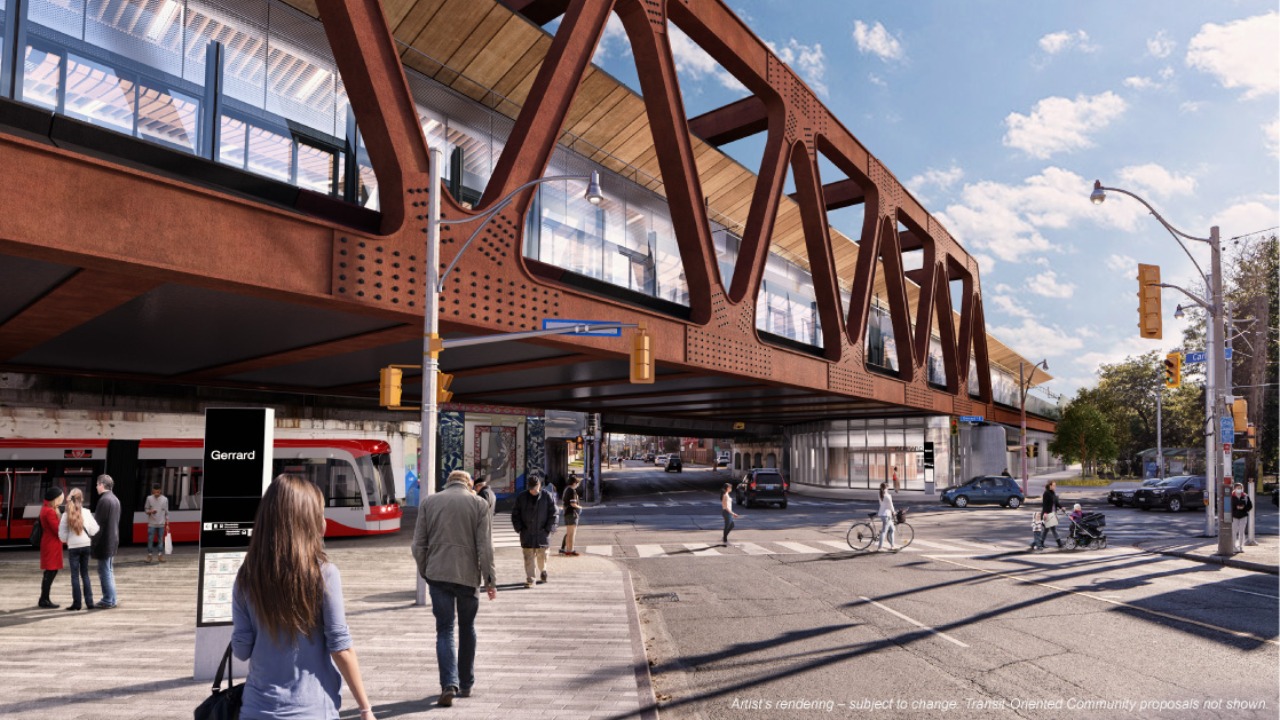 According to the province, the Ontario Line will reduce greenhouse gas emissions by 14,000 tonnes annually by 2041. 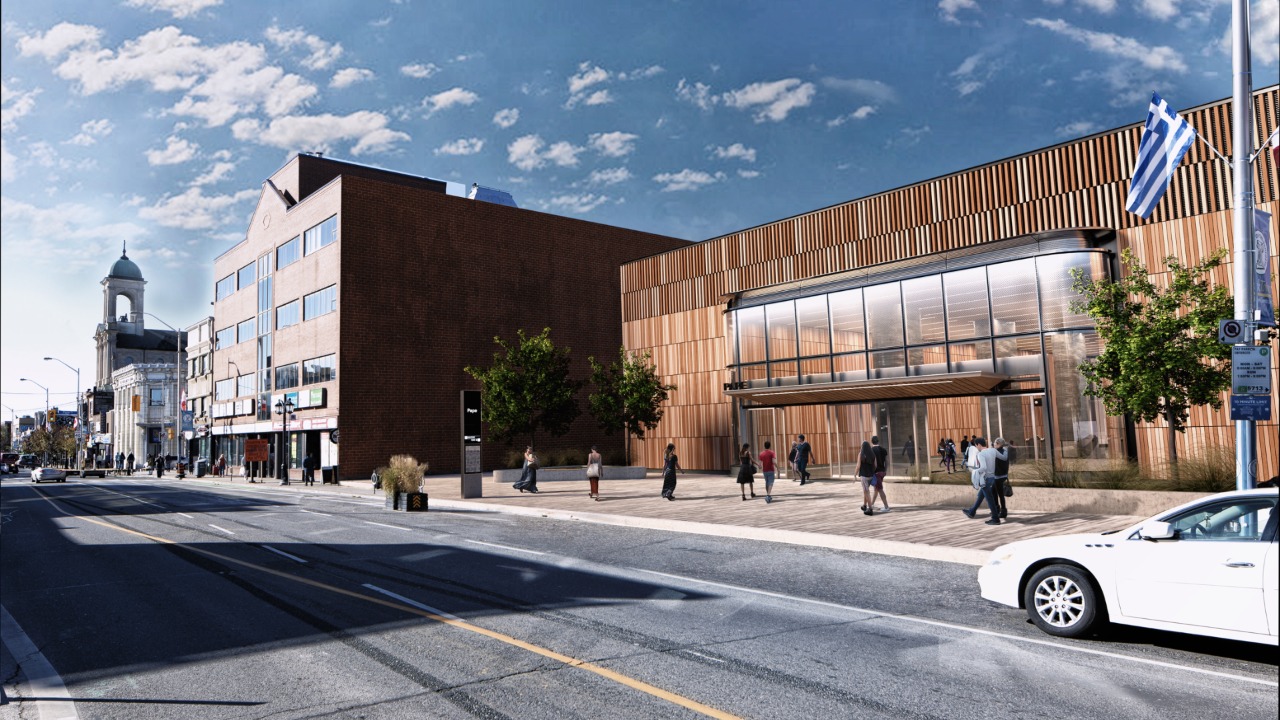 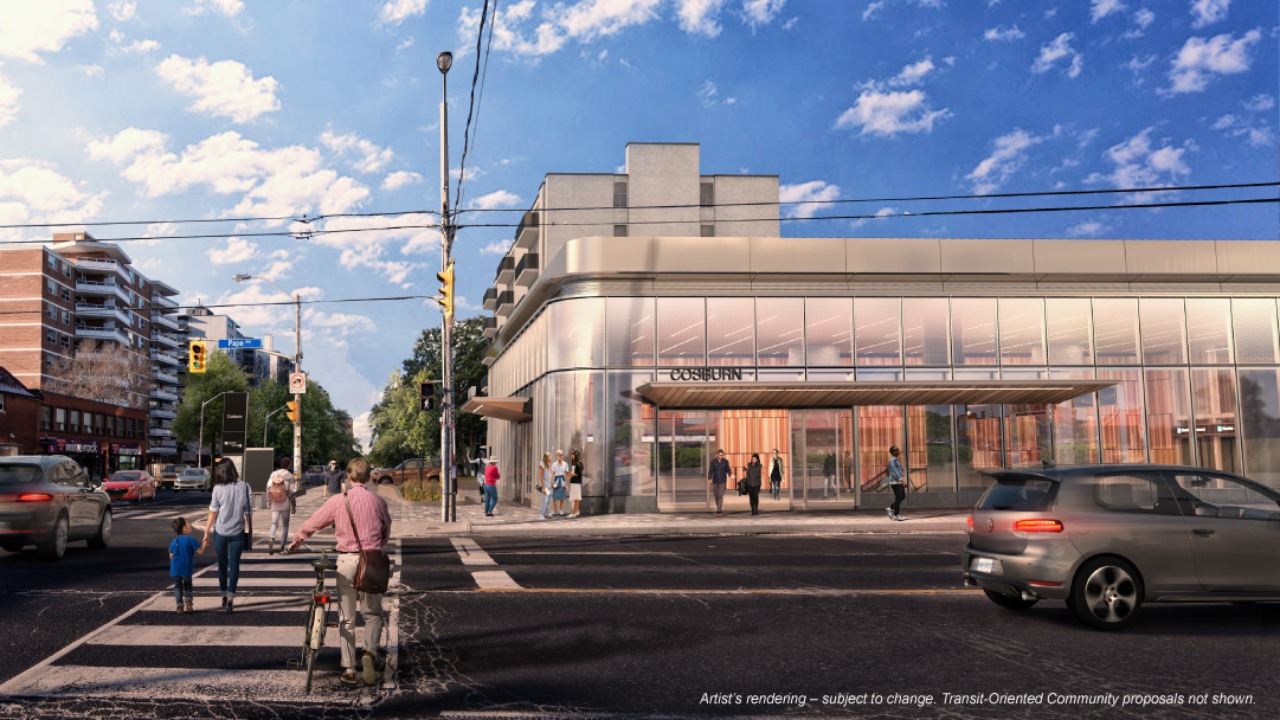 Ridership on the new line is forecast to be nearly 400,000 trips per day. Trains will come as quickly as 90 seconds apart during peak hours, pending any delays, of course. 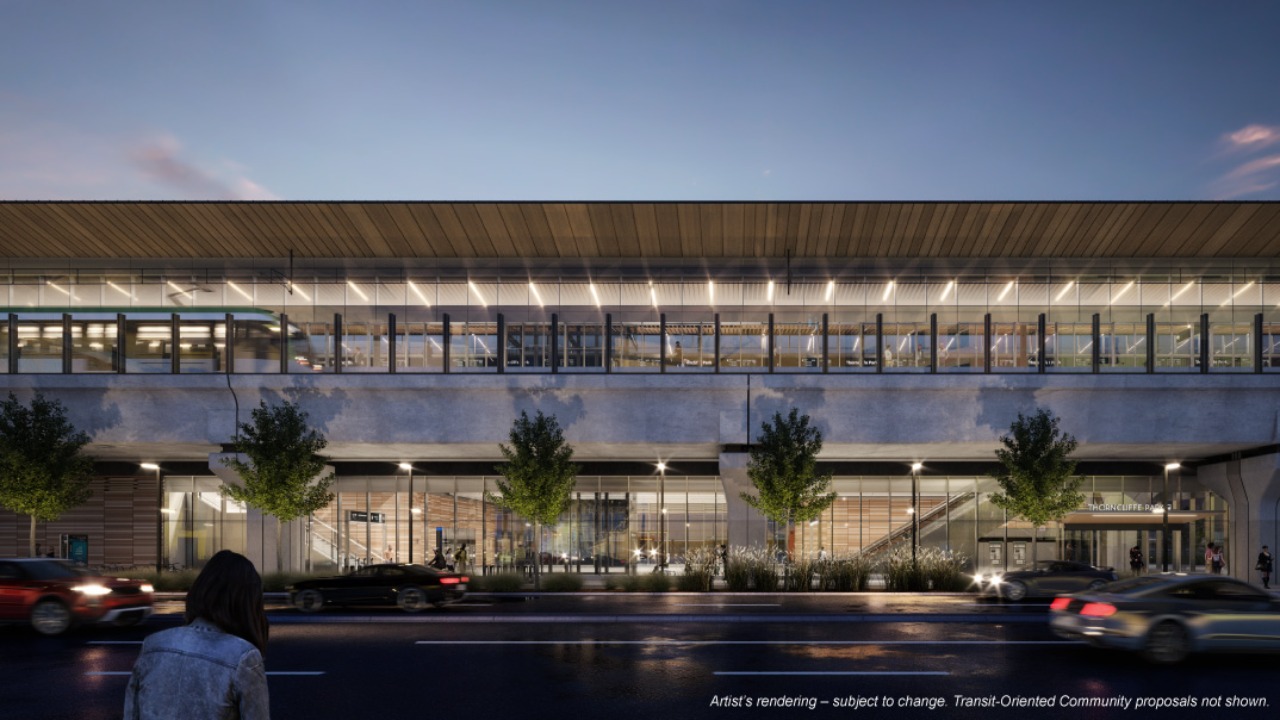 The province said that, on average, commuters would save seven minutes of travel time per trip once the line is complete. 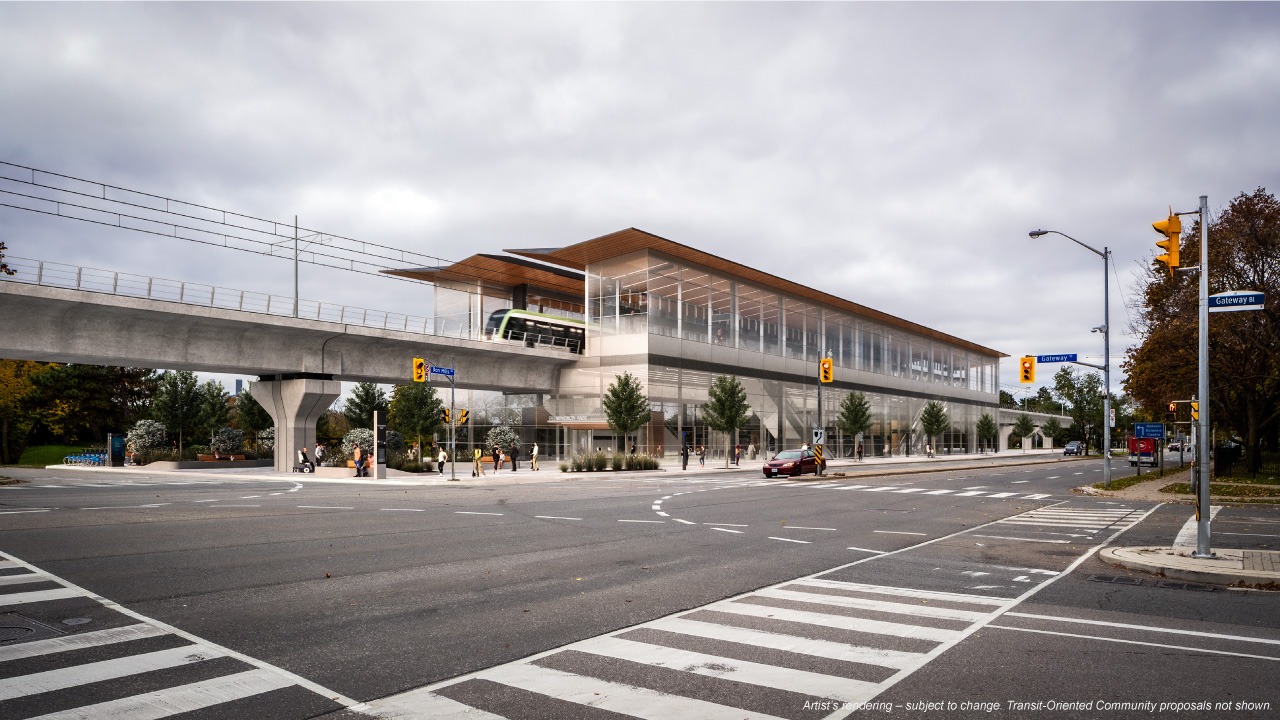 “The Ontario Line is a massive transit project that will be a challenge to build in our city, but I am confident that we will get this done and deliver the transit that will help ensure Toronto comes back stronger than ever,” Tory said in a press release. 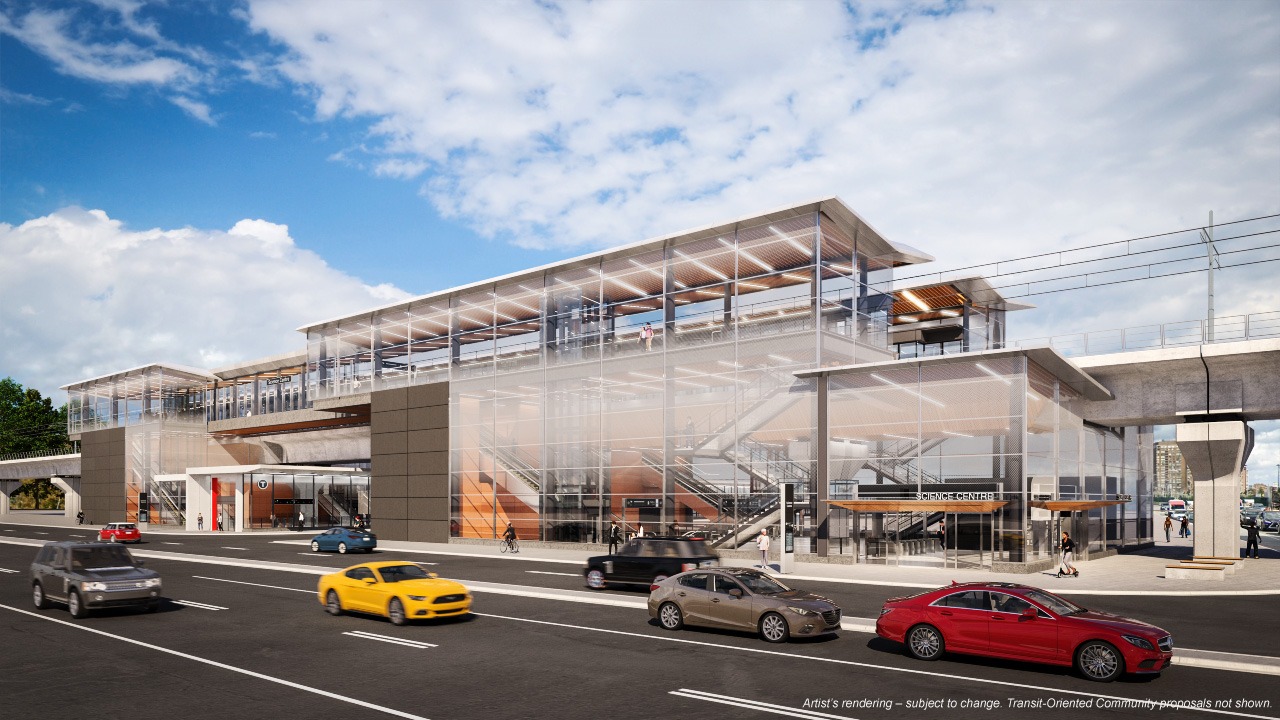