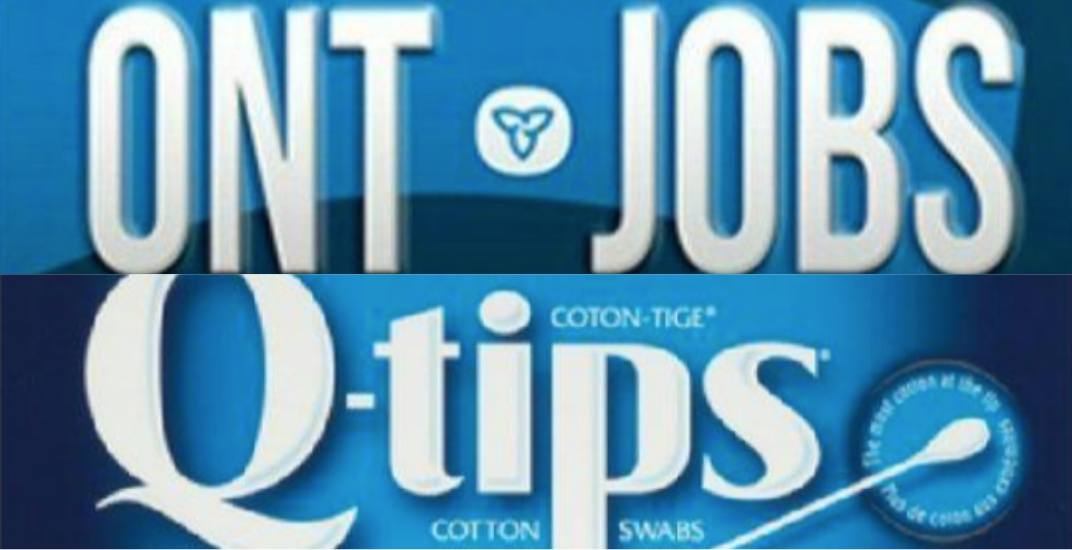 And as the budget date neared, information regarding a new licence plate logo was released, suggesting the provincial plates would receive a new slogan — and they did.

‘A Place to Grow’ is now the official slogan for licence plates in the province, which stems from Ontario’s unofficial anthem that first debuted at Expo ’67.

And while it appears many residents are welcoming the change, Reddit user WildWeaselGT pointed out that the new bold design looks very similar to a box of Q-tips.

The license plate and the box feature a similar deep navy and bright cyan blue colour scheme, which is accompanied by bold white text.

Maybe someone from Ford’s team responsible for designing the license plate purchased a box of Q-tips right before heading to a design meeting.

Chances are it’s just a funny coincidence, but we have to admit, the resemblance is uncanny.

The new license plates will be available starting February 1, 2020.