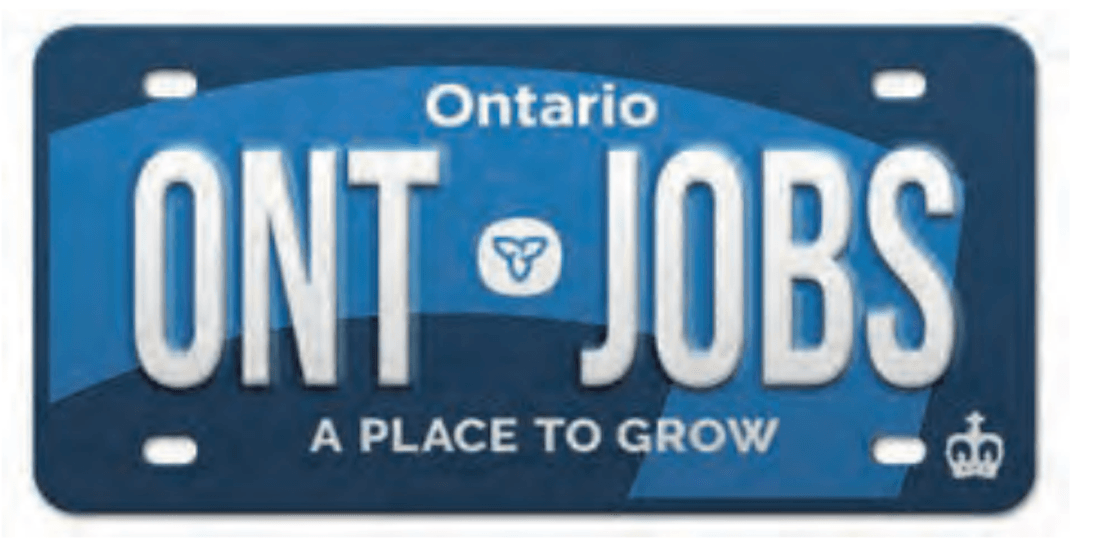 And as the budget date neared, information regarding a new licence plate logo was released, suggesting the provincial plates would receive a new slogan — and they did.

‘A Place to Grow’ is now the official slogan for licence plates in the province.

But that wasn’t the only big chance. The new licence plates will have a blue background and white lettering. It will also contain the new Ontario Trillium logo and the letters and numbers will all be flat, no longer raised.

On top of the aesthetic changes to the plate, changes to drivers’ licences will also take place:

“As part of the government’s brand renewal, the province will begin issuing new driver’s licences and licence plates following the exhaustion of existing stock. The new Ontario Licence Plate and Driver’s Licence will include the elements of Ontario’s new trillium and wider visual identity system, accompanied by a new licence plate tagline that speaks to Ontario’s welcoming and inclusive culture along with the government’s people‐focused mandate: ‘A Place to Grow,’” reads the Budget.

The province also announced it will digitize ServiceOntario’s top 10 transactions which include the issuing of driver’s licences, vehicle permits and health cards.

Their claim is that this will shift approximately 10 million in-person transactions to digital channels, with savings of up to $33.5 million over the next five years.