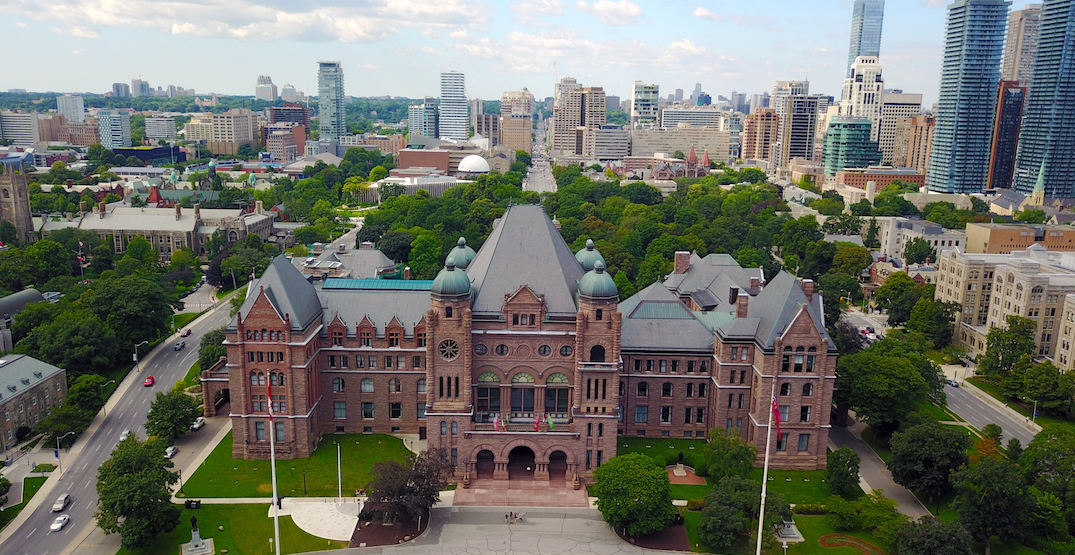 Ontarians could soon face fines up to $25,000 for sharing videos of the province’s online eviction hearings, thanks to a new bill that is currently being considered by the province.

Bill 276, the Supporting Recovery and Competitiveness Act, was introduced on April 15 by Associate Minister of Small Business and Red Tape Reduction Prabmeet Singh Sarkaria. Near the bottom of the bill it includes a section that prohibits the audio, video, or photographic recording of any eviction proceedings.

The province’s Landlord Tenant Board (LTB) moved eviction hearings online during the pandemic. Despite there being periods where evictions were not allowed to be enforced due to provincial restrictions during Stay-at-Home orders, the LTB continued the process of issuing eviction orders.

From November to January, the LTB held more than 13,000 eviction hearings, according to Evictions Ontario, a grass-roots organization that tracks and provides information on the eviction process.

As the hearings went virtual and out of the public’s view, tenant advocates have been sharing recordings of the LTB proceedings to expose the often questionable practices.

“The LTB has ordered evictions against hundreds of tenants without them being present in as little as 60 seconds, obstructed tenants from obtaining legal advice from Tenant Duty Counsel lawyers, forced tenants’ children to act as interpreters at their own eviction hearings, and booted dozens of observers from its virtual hearing rooms,” Evictions Ontario wrote on their website in response to the proposed bill.

One advocate group, PeoplesDefenceTO, has taken to sharing recordings of the LTB hearings on social media. In one instance, advocates were booted from an online hearing before a disabled woman who had fractured her back and couldn’t work was reportedly ordered to abide by a rent repayment plan of $11,000 in 11 days.

WATCH: Today, LTB ordered the eviction of a disabled 56 y/o woman who fractured her back and couldn’t work. Tenant was ordered to pay 11K in 11 days or lose her home. Ajd Dale Whitmore booted supporters who intervened, then denied observers from entering the hearing. #ShutdownLTB pic.twitter.com/IUTlILVeId

In another video, a tenant was not given a translator and had their child trying to translate for them. A tenant advocate is heard accusing the LTB of coercing the child into accepting a repayment plan on behalf of the parent that the parent did not understand.

the one where they tried to coerce a child into accepting a repayment plan on behalf of her family https://t.co/11ASrtJI8u

“As the Ontario Landlord and Tenant Board continues to churn out hundreds of eviction orders each week, the government is moving to eliminate exposure of mass evictions by targeting tenant organizers with massive fines,” Evictions Ontario wrote.

In March, Tribunals Ontario, which oversees the LTB, announced that the LTB plans to make the digital process permanent due to its efficiency and “vastly improved experience for our users.”

Bill 276 went through its second reading at Ontario’s Legislative Assembly on Monday and is currently being debated. The second reading can take anywhere from a few days to a few months before going onto a third reading and then a final vote.

Presently, the province has an eviction enforcement ban in place due to the Stay-at-Home order. Eviction hearings, however, will continue and can be enforced once the ban is lifted.