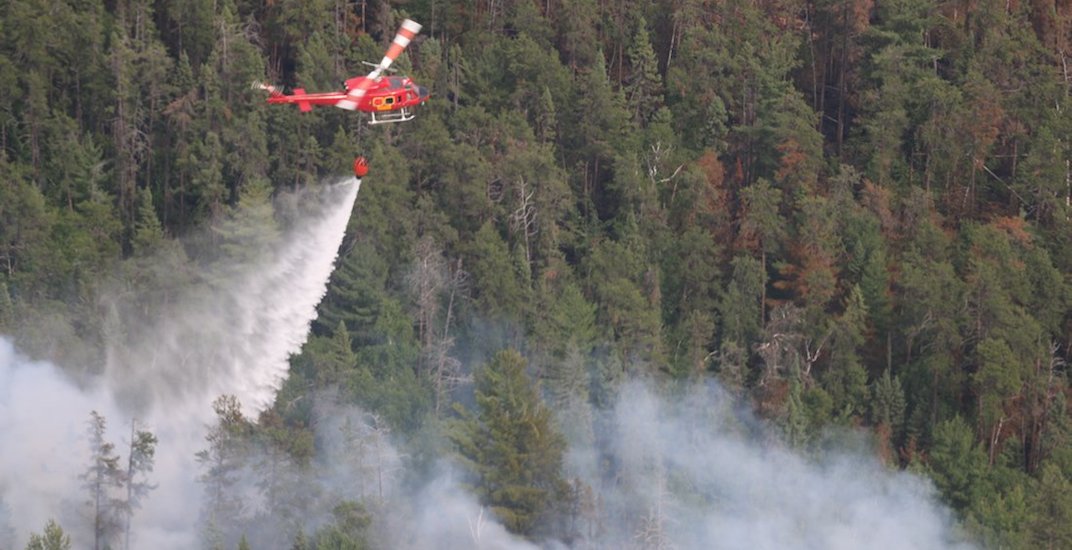 Ontario Forest Fires has confirmed that there are no longer any active forest fires in the province, bringing an end to this year’s wildfire season — a season unlike anything Ontario has experienced in over a decade.

Fire #ParrySound33, which had been discovered on July 18, has now officially been called #out. It measured a total of 11,362.5 hectares. There are no longer any active #forestfires in #Ontario! pic.twitter.com/IDwQ2aUYS4

According to the province, there were more than 1,325 wildfires in central and northern Ontario this year, making 2018 one of the “busiest fire seasons” in the province’s history. In 2017, there were only 776 forest fires.

To successfully combat the blazes and ensure the safety of Ontarians, the provincial government provided an additional $100 million in funding.

“We recognized the real threat these fires posed to the public, and to the communities and private property in the affected areas, and we took action to respond immediately,” said Jeff Yurek, Minister of Natural Resources and Forestry.

“This was a challenging season, but I am proud to report, all active fires are officially out thanks to the hard work of our brave frontline crews,” said Yurek.

“Their dedication, courage and perseverance kept affected communities safe, and the Government for the People’s continued commitment and support gave firefighters on the ground and in the air what they needed to get the job done safely and successfully.”