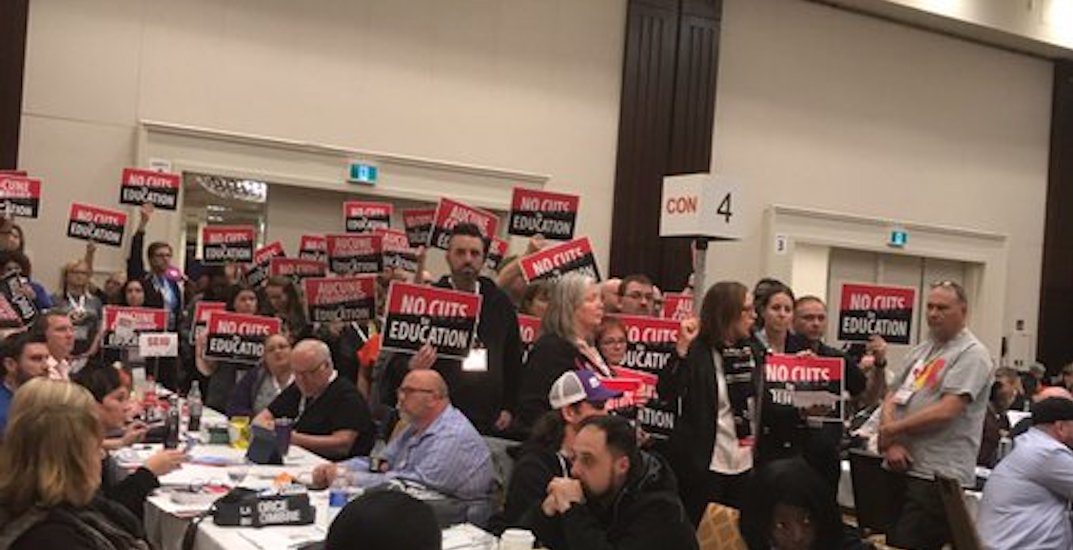 The full withdrawal of services will take place on Wednesday, January 8, while OSSTF/FEESO members in other school boards hold information pickets in front of schools, at MPPs’ offices, and in other locations throughout the province.

“After more than eight months of negotiations, the Minister of Education is still committed to the Doug Ford agenda of larger class sizes, mandatory e-learning, and the ongoing erosion of crucial supports and services our most vulnerable students rely on for an equitable chance to succeed,” said OSSTF/FEESO President Harvey Bischof in a release.

“Our job action next Wednesday will affect some school boards for one day, but the Ford government’s policies, if we are not able to reverse them, will continue to create chaos in the education system for years to come,” Bischof said.

“Ontario students deserve better, and that is exactly what we’re fighting for.”

“Parents have been clear: strikes by unions hurt kids and investments should go to support student success, not towards enhanced compensation,” Lecce said in a statement on Friday afternoon.