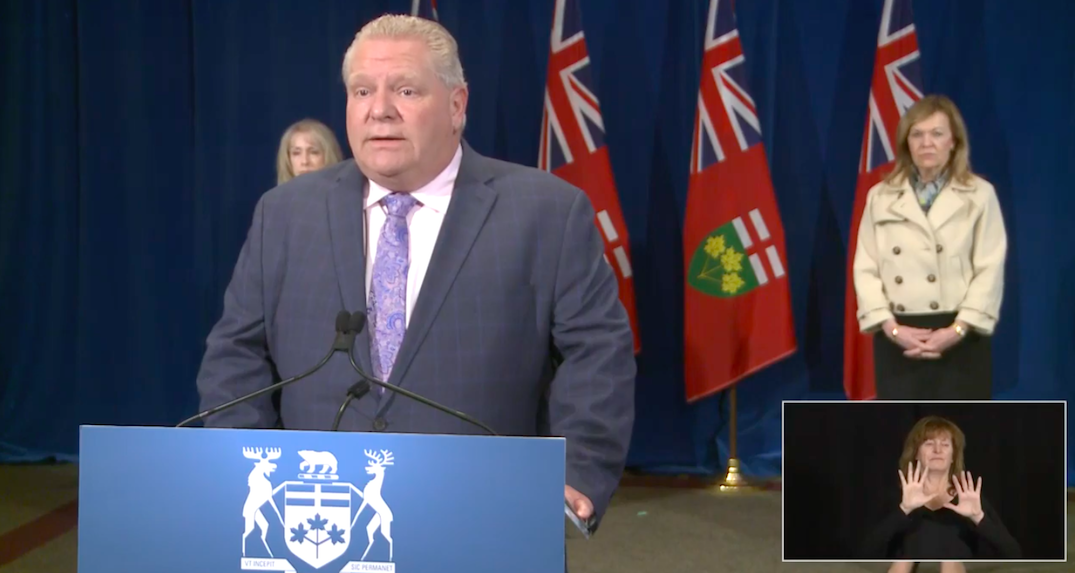 The Province of Ontario will unveil the framework for reopening the economy on Monday afternoon.

According to the province, Premier Doug Ford will be joined by Christine Elliott, Deputy Premier and Minister of Health, Rod Phillips, Minster of Finance, and Vic Fedeli, Minister of Economic Development, Job Creation and Trade, to unveil the framework for re-opening Ontario at 1:30 pm today.

On Friday, Ford acknowledged that northern and southern Ontario are facing “different realities” with the pandemic as coronavirus cases are much higher in urban areas versus rural regions.

However, the premier said that “we’re all connected and we cannot risk someone from Toronto travelling up north.”

At the time, Phillips said that the framework being released will speak to the questions of how to address suburban and urban areas, as both are experiencing community transmission in different ways.

“We have to analyze the movement of people and invent different restrictions based on different areas,” Phillips said on Friday.

He noted that the framework will only be based on the best scientific advice, as well as considering the best economic perspectives.

There will also be comprehensive guidelines for workplaces on safety practices, as well as for customers, depending on the setting.

Earlier last week, Ford said the province will begin talks to “gradually” and “safely” reopen the economy, based on new data projections that indicate coronavirus cases are currently in the peak stage.

He added the Jobs and Recovery Committee will start discussing, in a measured way, the reopening of the province in slow stages based on the projections released by health officials last week, which showed the general population was in the peak of cases.

Ontario will now see 20,000 or less total cases by the end of April, compared to the 80,000 originally projected — the province is now trending toward a best case scenario rather than a worst case scenario.